“God Lets His Children Tell the Story”: An Angle on God’s Violence in the Old Testament — by Peter Enns 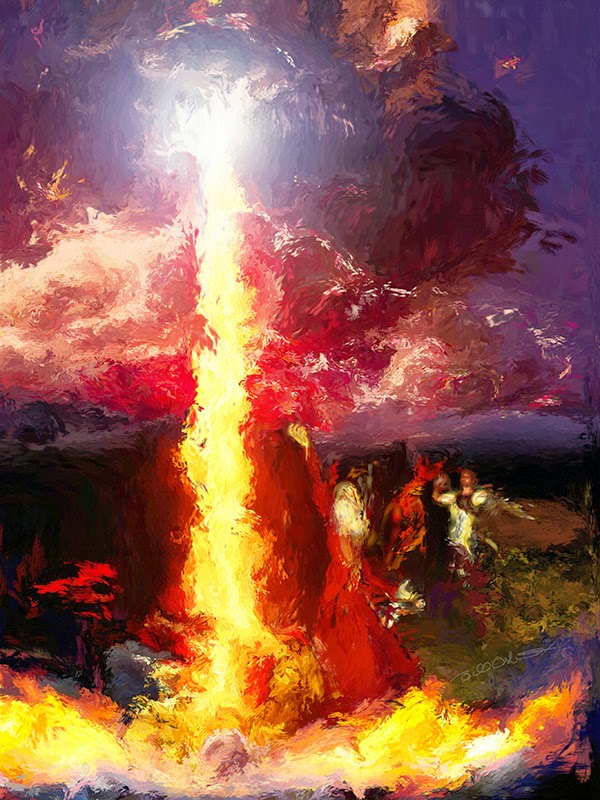 My seminary Hebrew professor, former colleague, and friend, Al Groves, who is of blessed memory, was a wonderful, honest, and pastoral man. When dealing with the theological difficulties that arise in the course of reading the Bible, Al would say, “God lets his children tell the story.”

That is a great way of putting it. The Bible is what happens when God allows his children to tell his story–which means the biblical writers told the story from their point of view, with their limitations, within the cultural context in which they wrote.
When children tell the story of their father or mother, parents are typically delighted by how much they get and the childlike way that they see the world. But they are also well aware that children miss a lot when they tell the story, and invariably refract the complexities of family life through their own youthful vision.

It’s not a perfect analogy, I know, but roll with it: Think of how young boys talk in the schoolyard about how great their father is. They are ways of telling the story to make sure everyone knows they have the best dad around.

I remember telling my middle school mates that my father was an engineer who left a promising academic career before coming to America. He also knew a lot about guns, since he was in World War 2, and killed bad guys left and right.
That story was genuinely connected to my real father, but honor was at stake. How I told the story was dictated, unwittingly, by rules of the schoolyard.
To read the rest of this post, CLICK HERE
Please share: