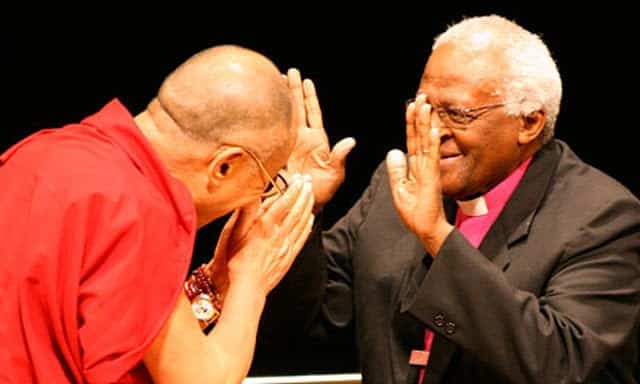 After Jesus was born in Bethlehem in Judea, during the time of King Herod, Magi from the east came to Jerusalem and asked, “Where is the one who has been born king of the Jews? We saw his star when it rose and have come to worship him.” —Matthew 2:1-2

I dropped by a Saturday morning garage sale today. It felt a bit creepy to me because one table was stacked high with occult books about Tarot cards, witches’ spells and astrology manuals. But it also reminded me of the Eastern-religion Magi who tracked down the Christ-child, using astrology. They didn’t merely use the star as GPS; somehow their divinations “told them” to look for the “king of the Jews.” We often call them “wise men,” but “magi” is actually the plural form of “magus”—i.e. magician or sorcerer (as in Acts 8:9-24).

In the Bible, we sometimes have interfaith run-ins with “holy pagans”—people of other faiths who are recognized as knowing God. And not just seekers; some were even priests, like Moses’ father-in-law, Jethro (Exodus 2, 18)—a priest of Midian revered in the Druze religion. Or Melchizedek, to whom Abram offers a tithe and the Epistle to the Hebrews recognizes as a “type” of Christ (Hebrews 2). From Job to Cornelius, we have God-fearing outsiders who nevertheless “had God’s ear.” The biblical tradition of holy pagans includes all those who sought and found God “beyond the box.” To state the obvious, none were Jewish or Christian when they first found God.