Quarantine or “shelter in place” gets old. For some, it may have initially been a welcome and much-needed reprieve from the grueling pace of 21st-century scurrying. But eventually, I imagine even the introverts going a bit squirrely, especially as binge-watching runs its course and our funds thin out.

For some, the isolation goes far deeper than boredom—the COVID health scare has seniors locked down, shut in and even more lonely than before—especially the widows and widowers. I think, too, of others who were already locked up in detention centers and prisons (some still awaiting trial), powerless and terrified of how the pandemic may soon decimate their populations.

Lock-down: Holy Saturday (also called Great Sabbath or Black Saturday) is a solemn and silent day in the church calendar because we relive that cursed day of confusion and grief when Christ was really and truly sealed behind a cold stone tomb. Meanwhile, his disciples were also locked away in their homes, unsure of what was coming and paralyzed about what to do.

For every lock-in, there’s also a lock-out. Many of us are now locked out of our schools or workplaces. People of all faiths who usually gather in sacred sites or break bread from house to house are forbidden to meet. It’s too dangerous. And frankly, those who flaunt medical wisdom exhibit more folly than faith. But the fact is, we don’t like being locked out.

The great stone that sealed Christ’s tomb locked out those devout women who longed to apply spices and perfumes to Jesus’ corpse. As we stand with them outside Christ’s resting place today, we feel the bitter grief of all those whose hopes and prayers have likewise been dashed.

We recall the very first instance, when Adam and Eve were locked out of the paradise of Eden. Their exclusion meant learning to survive in a new and hostile world. Their grief outside the garden prefigures the sorrow of humanity locked outside the tomb. A shadow was cast so long that it reaches us today, on this COVID Saturday, 2020.

Perhaps we could spare some empathy for all those who’ve experienced social and religious exclusion for who or what they were—for how God had made them. Locked out because someone presumed their race, color, sex or sexuality was wrong. Locked out because they had messed up and religiosity had added them to its blocked list. Now we begin to feel their pain (but not really).

I won’t rush to Resurrection dawn yet, but I must tease one relevant point. Whether we experience this Black Sabbath as a lock-in or a lock-out, something profound is about to happen.

C.S. Lewis once said, “The gates of hell are locked from the inside”—a statement in defense of human freedom and responsibility. That may be the case, but he forgot something. Those same gates were also shattered from the inside. The Psalmist once proclaims, “He has shattered gates of bronze and cut bars of iron asunder” (Psalm 107:16). Yahweh says so himself: “I will go before you and make the rough places smooth; I will shatter the doors of bronze and cut through their iron bars” (Isaiah 45:2).

From their earlier contexts, the Law and the Prophets point to Christ, the One who was locked in breaks out and breaks down the gates of hades from the inside. At this point, the disciples did not know that yet. Neither, it seems, do many Christian preachers today, who insist that death gets the last word for most people. Well, we’ll see about that.  Sunday’s coming. 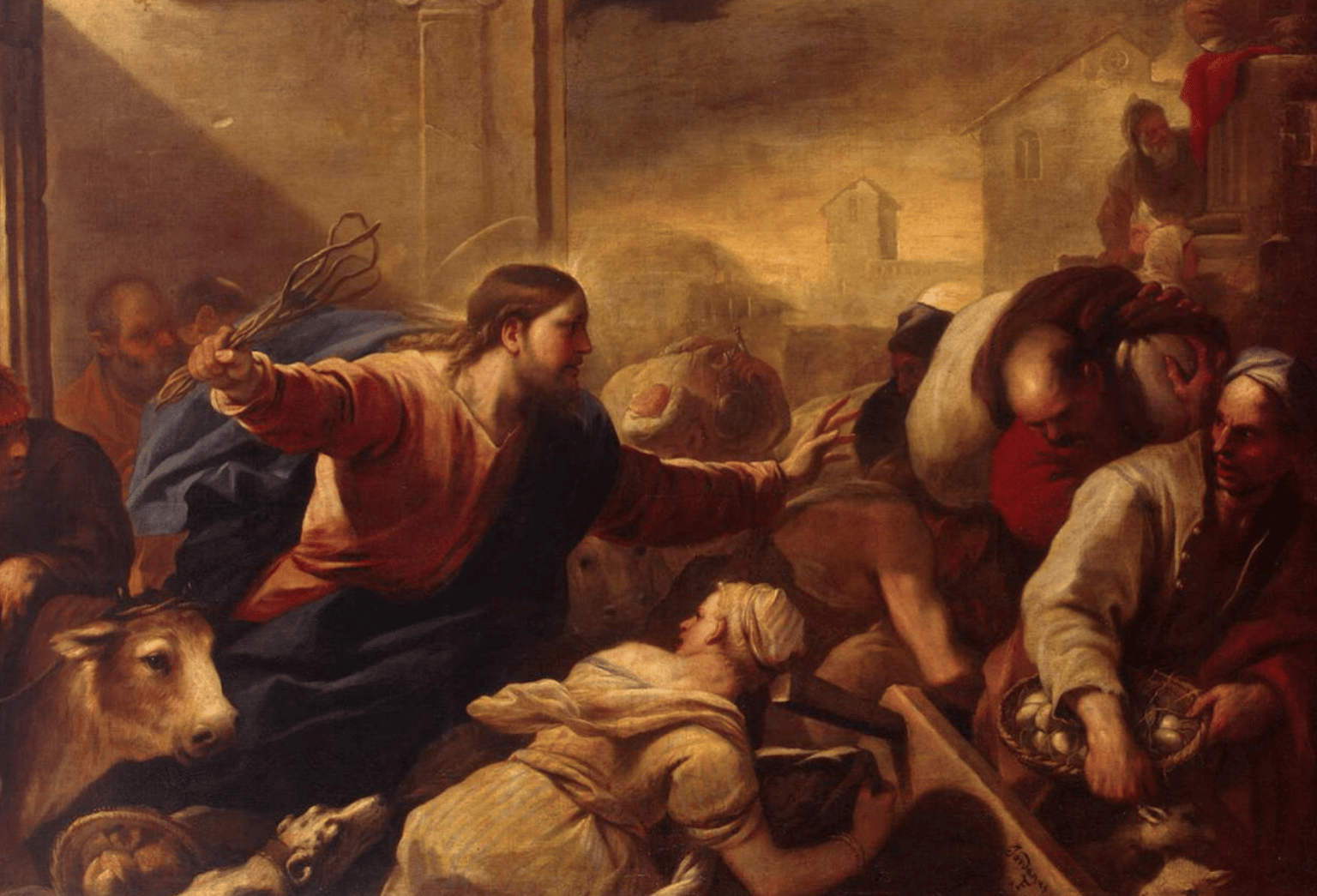