Noah: Who are the Watchers and Why the Panic? Brad Jersak 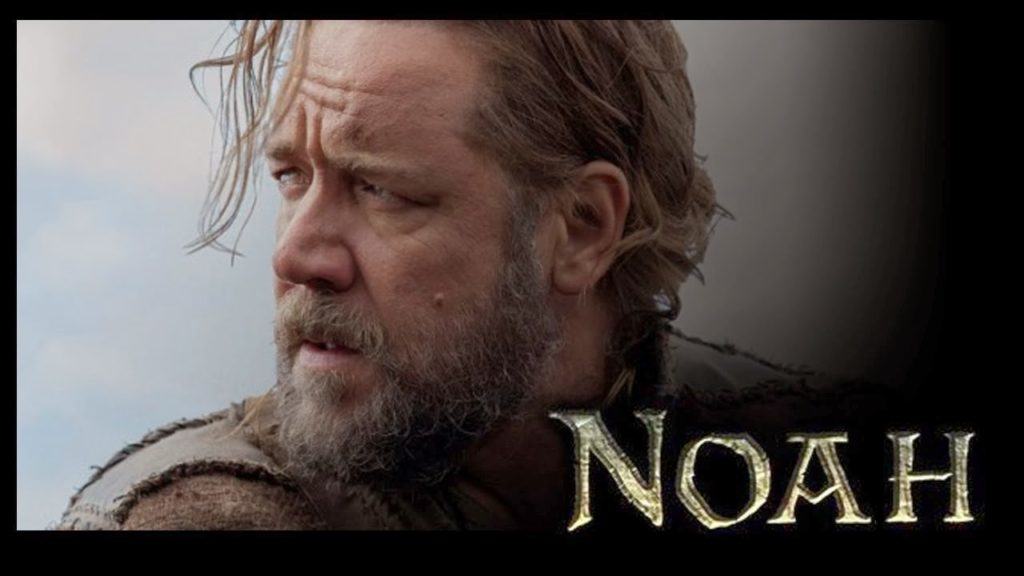 The first weekend showings of Noah (the movie) starring Russell Crowe and Emma Watson were accompanied by some surprises and an utter lack thereof. I’ll start with the latter to get it out of the way.

I don’t think anyone should be surprised at the usual course of Evangelical reactions decrying the movie for its ‘biblical inaccuracies.’ (Though I confess to wondering if the Westboro Baptists picketed anywhere). Of course, citing inaccuracies implies that the measure of faithfulness to Scripture is somehow photocopying Genesis 6-9 into the screenplay in a sort of word for word depiction. It’s this paint by numbers mentality that keeps many an Evangelical trapped within the lines of their own assumptions — as if taking the text literally was remotely akin to taking it seriously. Not so!


For those who are more serious about biblical investigation, I would highly recommend reading the interview by Paul Raushenbush with the movie’s writers. It’s available here:

Noah: A Midrash by Darren Aronofsky and Ari Handel (Interview)

In it, one finds that the Jewish writers are very familiar with the subtleties of the Scriptural story, but also well aware of and adept at using the well-attested form of Jewish interpretation known as ‘Midrash.’ The interviewer says,

In the end, Noah is best understood as midrash on the Genesis story in the Hebrew Bible. Midrash is a valuable part of the Jewish tradition and is a kind of storytelling that explores the ethics and values in the biblical text.

Ari Handel explains how they applied this to their movie version of the Flood epic:

We tried to read everything and talk to everything we could for guidance. Ultimately in the midrash tradition the text has purposeful lacuna; it has questions that are posed in the very words, so the closer we read it, the more questions arose from it.
At the heart of it is the big question — why is Noah spared? Why do we have wickedness punished at the beginning of the story and almost the very same words are used to say that wickedness will not be punished in the future? What does that change and how to understand it?

Now many Christian church-goers have never heard of midrash, but they will have seen many examples of it when reading the New Testament, because Jesus, Paul and Peter are were all especially fond of using midrash. Often they leave us scratching our heads about how they get away with taking verses so ‘out of context’ — when in fact, their ‘hermeneutical’ (interpretive) rules are simply not those of some modern Evangelicals who wear their ties too tight.

Anyway, for keeners who would like to pursue a scholarly approach to examples of midrash in the New Testament, you might start with Martin Pickup’s journal article, “New Testament Interpretation of the Old Testament: the Theological Rationale of Midrashic Exegesis” — or if you just want to skip to seeing an example of Jesus doing this, have a look at his running commentary on Exodus 16:4 and Psalm 78:24 in John 6:25-59 (cf. Jn 6:31).

Prepared as I was for some good Hollywood midrash, I was still in for a surprise: the inclusion of ‘Watchers’ in the story. As I was leaving the movie, I heard a mother ask her 20-something daughter if she liked the movie. The daughter grumped about the sci-fi element, referring to the Watchers as detracting from the story. Mom replied, ‘Hey, it’s a MOVIE!’ (I suspect she paid for the ticket). Still, the use of the Watcher tradition did take me by surprise. It showed a lot of guts and creativity (or was it folly?) to veer that far from the Genesis account. But at the same time, it also demonstrated how deeply Aronofsky and Handel had pursued their research — for the Watchers are indeed deeply embedded in the first century Jewish and Christian’ storyworld of creation and Noah. How so? And who are they?

To begin with, the Watchers are first mentioned in the Book of Daniel. For example, in Daniel 4:13 (cf. 23 also), we read:

“I saw in the visions of my head while on my bed, and there was a watcher, a holy one, coming down from heaven.”

“This sentence is by the decree of the angelic watchers. And the decision is a command of the holy ones, In order that the living may know That the Most High is ruler over the realm of mankind, And bestows it on whom He wishes And sets over it the lowliest of men.”

In Daniel, then, the Watchers are a kind of angelic being that reports to God and makes decrees on behalf of God. But then they also become key players in connection to Noah in intertestamental Jewish apocalyptic literature–some as villainous spirits–such as the books of Enoch and the Book of Jubilees (among others).

On the one hand, 1 Enoch and the Book of Jubilee aren’t formally part of the Jewish or Christian canons of Scripture — nor do they even belong to those apocryphal books of secondary authority found in the Septuagint (the Greek translation of the OT used by NT authors) and the thicker Bibles of the historic (pre-Protestant) churches.

But on the other hand Enoch, for example, was highly popular and influential in the first century. Not only did it rank alongside the Torah, Psalms and Isaiah as a ‘top-seller’ in Jewish libraries, but in the NT too, Peter’s epistles allude to Enoch’s mythology (1 Peter 3:19, 1 Peter 2:4) and St Jude cites 1 Enoch 14-15 directly (probably 1 Enoch 1:9), as if Enoch (the great-grandfather of Noah) himself had uttered these prophecies. Yet we know that, in fact, the first book of Enoch was pseudepigraphal — that is, a book written under a pseudonym — written sometime between 300 BC and 100 AD.

Who exactly were the ‘Watchers’?

Again, the movie includes the Watchers as key characters, but also uses a lot of creative license when incorporating them into the storyline. For interest sake, readers might like a brief primer on what the Jews of Jesus’ day might have actually read about them. After fact-checking the thorough research of D. S. Russell in The Method and Message of Jewish Apocalyptic, I gleaned the following:

In books like Enoch, Jubilee and the Testimonies of the Twelve Patriarchs, the angel orders are arranged in hierarchies. The Watchers seem to be part of the superior classes of angels (e.g. in 1 Enoch, there are 1. Seraphim, 2. Cherubim, 3. Opannim (‘the Wheels of Ezekiel personified) and 4. the Watchers). These varieties of mega-angels share several roles. They are first of all ministering angels who:

But the Watchers (or some of them) are also those identified as:

Where do the Watchers fit into the story of Noah?

For those who don’t have time to go searching these quite fantastic legends (available online here), I’d at least like to offer this teaser, from 1 Enoch 15:

1 And He answered and said to me, and I heard His voice: ‘Fear not, Enoch, thou righteous 2 man and scribe of righteousness: approach hither and hear my voice. And go, say to the Watchers of heaven, who have sent thee to intercede for them: “You should intercede” for men, and not men 3 for you: Wherefore have ye left the high, holy, and eternal heaven, and lain with women, and defiled yourselves with the daughters of men and taken to yourselves wives, and done like the children 4 of earth, and begotten giants (as your) sons? And though ye were holy, spiritual, living the eternal life, you have defiled yourselves with the blood of women, and have begotten (children) with the blood of flesh, and, as the children of men, have lusted after flesh and blood as those also do who die 5 and perish. Therefore have I given them wives also that they might impregnate them, and beget 6 children by them, that thus nothing might be wanting to them on earth. But you were formerly 7 spiritual, living the eternal life, and immortal for all generations of the world. And therefore I have not appointed wives for you; for as for the spiritual ones of the heaven, in heaven is their dwelling. 8 And now, the giants, who are produced from the spirits and flesh, shall be called evil spirits upon 9 the earth, and on the earth shall be their dwelling. Evil spirits have proceeded from their bodies; because they are born from men and from the holy Watchers is their beginning and primal origin; 10 they shall be evil spirits on earth, and evil spirits shall they be called. [As for the spirits of heaven, in heaven shall be their dwelling, but as for the spirits of the earth which were born upon the earth, on the earth shall be their dwelling.] And the spirits of the giants afflict, oppress, destroy, attack, do battle, and work destruction on the earth, and cause trouble: they take no food, but nevertheless 12 hunger and thirst, and cause offences. And these spirits shall rise up against the children of men and against the women, because they have proceeded from them.

After reading the Jewish intertestamental apocrypha in larger doses for myself, I can affirm the assessment of both the mother and daughter whom I overheard at the theatre: yes, this is Sci-fi! And yes, it is like a movie. While the movie broke away wildly from Enoch’s otherworldly script and took viewers in interesting new directions, I believe we can accede the following points.

Given these points–that Jewish writers are faithfully interpreting Jewish literature through Jewish methods in order to tell a Jewish story–I’m wondering when those who condemn them will realize their critiques are accidentally revealing a form of anti-Semitism. I hope this isn’t a subtle intention, but rather, a kind of ignorance to the fact that this story belonged to the Jews first, that it’s not confined to the Christian Bible, nor shackled to Evangelical hermeneutical rules developed by modernists. It might be better to stop panicking, start listening and perhaps avail ourselves of some of these same sources and methods … just like the New Testament models.