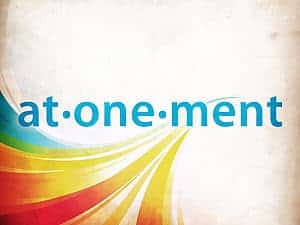 The common reading of the Bible is that Jesus “died for our sins”—either to pay a debt to the devil (common in the first millennium) or to pay a debt to God (proposed by Anselm of Canterbury, 1033-1109). Franciscan philosopher and theologian John Duns Scotus (1266-1308) agreed with neither of these understandings.

Duns Scotus was not guided by the Temple language of debt, atonement, or blood sacrifice (understandably used by the Gospel writers and by Paul). He was inspired by the cosmic hymns in the first chapters of Colossians and Ephesians and the Prologue to John’s Gospel (1:1-18) and gave a theological and philosophical base to St. Francis’ deep intuitions of God’s love. While the Church has not rejected the Franciscan position, it has been a minority view.

The many “substitutionary atonement theories”—which have dominated the last 800 years of Christianity—suggest that God demanded Jesus to be a blood sacrifice to “atone” for our sin-drenched humanity. The terrible and un-critiqued premise is that God could need payment, and even a very violent transaction, to be able to love and accept God’s own children! These theories are based on retributive justice rather than the restorative justice that the prophets and Jesus taught.

For Duns Scotus, the incarnation of God and the redemption of the world could never be a mere mop-up exercise in response to human sinfulness, but had to be the proactive work of God from the very beginning. We were “chosen in Christ before the world was made” (Ephesians 1:4). Our sin could not possibly be the motive for the incarnation—or we were steering the cosmic ship! Only perfect love and divine self-revelation could inspire God to come in human form. God never merely reacts, but supremely and freely acts—out of love.

God in Jesus moved people beyond the counting, weighing, and punishing model—which the ego prefers—to a world in which God’s mercy makes any economy of merit, sacrifice, reparation, or atonement both unhelpful and unnecessary. Jesus undid “once and for all” (Hebrews 7:27; 9:12; 10:10) notions of human and animal sacrifice (common in most ancient religions) and replaced them with an economy of grace and love.

Jesus was meant to be a game-changer for the human psyche and for religion itself. But when we begin negatively, or focused on a problem, we never get off the hamster wheel of shame, separation, and violence. Rather than focusing on sin, Jesus—“the crucified One”—pointed us toward a primal solidarity with the very suffering of God and thus of all creation. This changes everything. Change the starting point, and you change the trajectory, and even the final goal! Love is the beginning, the way itself, and the final consummation.

God does not love us because we are good; God loves us because God is good. Nothing we can do will either decrease or increase God’s eternal and infinite eagerness to love!

Gateway to Presence:
If you want to go deeper with today’s meditation, take note of what word or phrase stands out to you. Come back to that word or phrase throughout the day, being present to its impact and invitation.

Adapted from Richard Rohr, Eager to Love: The Alternative Way of Francis of Assisi(Franciscan Media: 2014), 183-188.

CWR Video - What Are The Politics of Jesus? - by Richard Rohr

CWR Video - What Do We Mean by "Christian Action"? Richard Rohr

What do we mean by 'contemplation'? - with Richard Rohr