Q&R: The Parable of the Sheep and Goats – Brad Jersak 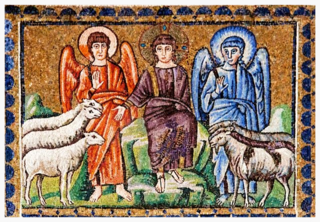 Q: I’m wondering how you read Matthew 25: 31-46. I recently attended a church that used this as a proof-text for eternal punishment, and I’m having a hard time reading it otherwise, though deep down inside I don’t believe that is what Christ intended to be taught or understood. Would you explain your reading and/or point me to a study that might help me understand it more?
A: Thanks for this question. I do cover this in my book Her Gates Will Never Be Shut.

The bottom line is that interpreters bring their biases to the text, which then determines how they translate it and how they apply it.
So the key phrase is eis kolasin aionion which the infernalist happily translates as ‘everlasting punishment’ and which tends to win the day in our translations. Meanwhile, believers who hold to some form of ultimate reconciliation point out that kolasin carries the connotation of corrective judgment, whereas the word for retributive punishment is timoria, which the Bible never uses to describe what God does with people. Further, they will point out that aionion may not to be best translated ‘eternal’ or ‘everlasting,’ but has to do with ‘the age to come.’ So some would insist that the most careful translation should say the sheep go “into the life of the age” to come and the goats are dismissed into “the [corrective] judgement of the age to come.”
Frankly, people see what they want to see there, but not without weight to both sides of the argument. Nor are these just modern distinctions. Clement of Alexandria, the head of the great catechetical school at the end of the second century, thought it important to explain the Greek (as a Greek speaking expert on biblical Greek and interpretation). Here’s a little post that cites some of what he said confirming the latter interpretation.
http://www.romancatholicism.org/clement-apokatastasis.html
However, this is not all the fathers saw, nor is it all we should notice.
The fathers said that it is obvious that on any given day, you may be a sheep or a goat. Everyone’s heart has sheep traits (the spirit, the virtues) and goat traits (the flesh, the vices). And so you can recall many times when your compassion won the day and you visited the sick or clothed the naked, but also many times when callousness overcame your compassion and you walked right by the poor beggar or neglected the immigrant stranger. So this is what it means that the Word (Jesus) is sharper than any two edged sword — because for each and every person, it cuts right to the heart, dividing soul and spirit, sheep and goats. So the parable was never meant to function as a some-day judgement involving two groups of people and two different eternal destinies. The judgement is immediate upon hearing this word from the Word: the krisis (judgement) is today, laying bare our sins of omission and calling for repentance and a response here and now, in this life. We get so hung up on debating what the words mean that we almost always fail to ask how they function. And this is esp. true for the parables. They weren’t bits of information about the second coming, but ethical confrontations in time … and no doubt contain dire warnings, which seem to me a rhetorical method meant to sneak past defenses and assumptions.
This is the other element. I note that conservatives get so amped up about the outcome of the judgement that they forget to ask themselves about the very strange criteria. Jesus is imagining a final judgment that is completely different than anything that these same conservatives would allow for in that the criteria is not belief in Jesus Christ at all, but entirely focused on our compassion or complacency with the least of these.
Moreover, some are utterly surprised by their inclusion and had not even consciously recognized the presence of Jesus in these least, while others are surprised by their exclusion and can’t recall a time when they had overlooked Christ. That is not at all the Evangelical understanding of the afterlife judgement … and yet there it is. Jesus is describing a social gospel that conservatives have rejected, or even when they admit it’s importance, would still deny that is the criteria for everlasting life or punishment. So again, the parable (and it is a parable, not an eschatology) is not just saying something; it is doing something (function). It is meant to jar people out of their status quo lives and subvert their assumption that they are the chosen. If ever there was a message for the Christian who assumes he’s a Christian, yet for example is complicit in enabling our systems of poverty (who isn’t, in Canada or the US?) … including me … what is our response to be? “Lord have mercy? And make me merciful!”
So in the end, the very worst approach to this parable is to stand over it, assuming we are sheep, and arguing the destiny of the goats. Rather, we ought to come under its sword and repent, saying, “I see the goat in my heart Lord; sit as my judge and send it out of me!”
Please share: 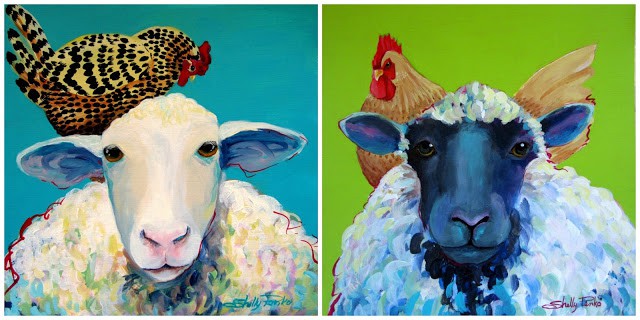