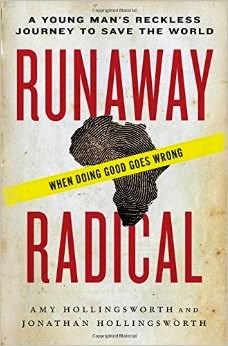 Brad: When you sent me an advanced copy of Runaway Radical, perhaps you remember me politely telling you I’d add it to my to-read stack. Before filing it in my inbox, I made the ‘mistake’ of reading page 1. I wasn’t able to put it down after that … I read until I had to break for sleep, then finished the book before getting out of bed again! Jonathan’s journey totally captured me. Would you please give our readers a brief summary of this book that so captivated me?

Amy: I do remember your telling me that you were a “bit buried” and then a few hours later you sent a note saying you made the mistake of thinking you could read just a little bit. Your quick and vigorous response really bolstered me because you were the very first person ever to read Runaway Radical. And the fact that your response has been replicated many times over is more than we could have imagined when we decided to tell our story.

The best and briefest summary of Runaway Radical I’ve heard is this: It’s a young man’s journey from idealism to realism to fatalism to faith. 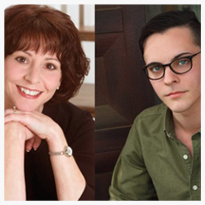 The catalyst for the book was desperation. It was a mother’s desperate attempt to woo her son back into the land of the living. When Jonathan returned from what was supposed to be a year of missionary service in West Africa— and it was more a rescue than a return—I thought I would be so relieved and happy that I would drop the issues that forced him home. But instead the injustice kept me awake at night. I started writing a letter to the leaders of Jonathan’s church outlining the abuse he had endured from the mission agency in West Africa. My husband, Jonathan, and I met with the church leaders and their answer to Jonathan’s abuse was to swear him to secrecy. That blow was worse than the first. When I saw the toll silence was taking on Jonathan, not just on his faith but on his mental and physical well-being, I became desperate. To me the only antidote to the destructiveness of silence is to tell the truth. So I knocked on his bedroom door one afternoon (he was sleeping through most days back then) and said, “Let’s tell your story.” We started jotting down notes on a legal pad that day.

Brad: One facet of the book was your exposure of and insight into real-life spiritual abuse in the Evangelical world. We often think of ‘religious slavery’ in terms of crusty old forms and rituals that have been gutted of meaning—wool pants on oak pews reciting who knows what in King James monotone. Yet Runaway Radical showed us how spiritual abuse can flourish in the vision-driven ministries of evangelistic movements and foreign missions. Am I being fair? What were the marks of spiritual abuse that you saw in that context? I mean, how did it work? And what were the effects?

Jonathan: I think religious slavery is especially prevalent in cause-oriented ministries. Any group that’s hell-bent on carrying out a mission at all costs runs the risk of using and abusing others to accomplish their goals. I’ve talked with so many missionaries who look back on their experience on the field and feel exploited, manipulated, and taken advantage of by those in authority over them.

In my case, I was being scammed before I even left home. After I had raised the necessary funds to live in Africa for a year, the leader of the mission organization nearly doubled my fundraising goal, claiming he had miscalculated my living expenses. This was my first indication that something was off, but I did as I was told.

Once I arrived in Africa, I discovered that a major project advertised on the organization’s website (a fully-functional kitchen addition to the local orphanage) was unusable. Many of the other projects I had been assigned either fell through or were nonexistent, yet I was forbidden from seeking out other opportunities to help in the community. In fact, every aspect of my life was under their control—what I did, who I spent my time with, and even what I said on my personal blog.
When I finally told them I’d had enough, the leader of the organization told me I was being “prideful” and I needed to think about all the people I would be letting down if I left. He booked a flight that wouldn’t leave for another month and demanded that I write a series of blog posts praising the ministry and soliciting donations in the meantime. In the end, it took third-party intervention to get me home, and the mission organization pocketed every last penny I had raised.