Kierkegaard: Father of Christianity without the religion – Interview with Stephen Backhouse
CWR magazine is known to our readers as promoting Christianity Without the Religion. But of course, we’re not the first to do so. Some of the 20th century’s theological greats—Dietrich Bonhoeffer and Karl Barth, for example—were great critics of Christ-less religion as over against the living faith of Christ-centered revelation. But if we were name “the father of Christianity without the religion” in the modern era, the honor would surely go to the Danish thinker and provocateur, Søren Kierkegaard (1813-1855). He once wrote,
There is nothing so displeasing to God as taking part in all the “religious” Christianity with the claim that this is worshiping God. If you believe, as surely you must, that to steal, rob, commit adultery, and slander is displeasing to God, then official Christianity and its worship is infinitely more abhorrent to him. Again, it is my duty to exclaim, “Whoever you are, whatever in other respects your life may be, by refusing to take part in all this public worship of God as it now is, you have one sin the less, and that a great one.” You have been warned.
A relentless opponent of the Danish Lutheran state-religion, he sowed seeds for today’s nones (non-affiliated Christians) and dones (“done with church” Christians). But his influence extended far beyond either Denmark or even Christendom. He is also recognized as the father of existentialism, leaving his mark on philosophers such as Martin Heidegger, Jean-Paul Sartre and Albert Camus. With that introduction, CWR magazine is pleased to welcome Stephen Backhouse, author of Kierkegaard: A Single Life (Zondervan, 2016), to shed more light on this author, his thought and his influence. 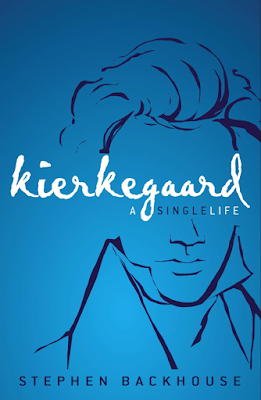 Q & R: Are all people God's children or only Christians? Brad Jersak