Sympathy for the Devil…or Pilate by Brian Zahnd

Please allow me to introduce myself
I’m a man of wealth and taste
I’ve been around for a long, long year
Stole many a man’s soul and faith
And I was ‘round when Jesus Christ
Had his moment of doubt and pain
Made damn sure that Pilate
Washed his hands and sealed his fate
Pleased to meet you
Hope you guess my name
But what’s puzzling you
Is the nature of my game
–The Rolling Stones, Sympathy for the Devil
In his fascinating novel, The Master and Margarita, Russian writer Mikhail Bulgakov creates an imaginary conversation between the Roman governor Pontius Pilate and the Galilean prophet Yeshua. When asked about his views on government, Bulgakov’s Yeshua says, “All power is a form of violence over people.” The peasant preacher of Bulgakov’s novel goes on to contrast the governments of power and violence with the peaceable kingdom of truth and justice. In response Pontius Pilate rages, “There never has been, nor yet shall be a greater or more perfect government in this world than the rule of the emperor Tiberius!” When Pilate asks Yeshua if he believes this kingdom of truth will come, Yeshua answers with conviction, “It will.” Pilate cannot stand for this. In a memorable passage Bulgakov’s Pilate rails against the possibility of the kingdom of God ever coming and supplanting Caesar’s empire.

“It will never come!” Pilate suddenly shouted. Many years ago in the Valley of the Virgins Pilate had shouted in that same voice to his horsemen: “Cut them down! Cut them down!” And again he raised his parade-ground voice, “Criminal! Criminal! Criminal! Do you imagine, you miserable creature, that a Roman Procurator could release a man who has said what you have said to me? I don’t believe in your ideas!”

In The Master and Margarita, Pontius Pilate seems to have little personal animosity toward the wandering Galilean preacher, but Pilate hates his ideas. In the end what forces the Procurator to condemn Yeshua to crucifixion is the preacher’s revolutionary ideas about power, truth, and violence. Like Pilate we too wrestle with the conflict we have between Jesus and his unsettling ideas. We often want to separate Jesus from his ideas.
This bifurcation between Jesus and his political ideas has a history — it can be traced back to the early fourth century when Christianity first attained favored status in the Roman Empire. In October of 312 the Roman general Constantine came to power after winning a decisive battle in which he used Christian symbols as a fetish, placing them as talismans upon the weapons of war. (The incongruence is absolutely stunning!) Having emerged victorious in a Roman civil war and securing his position as emperor, Constantine attributed his military victory to the Christian god. In short order the wheels were set in motion for Christianity to become the state religion of the Roman Empire. The kingdom of God had been eclipsed by Christian empire.
To read the rest of this article, CLICK HERE
Please share: 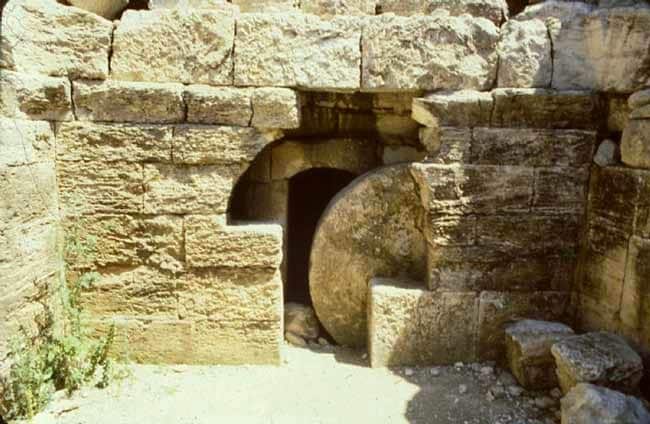 Go to Him Outside the Camp - Greg Albrecht