Thanos: Is the Villain Kinder than God? Brad Jersak 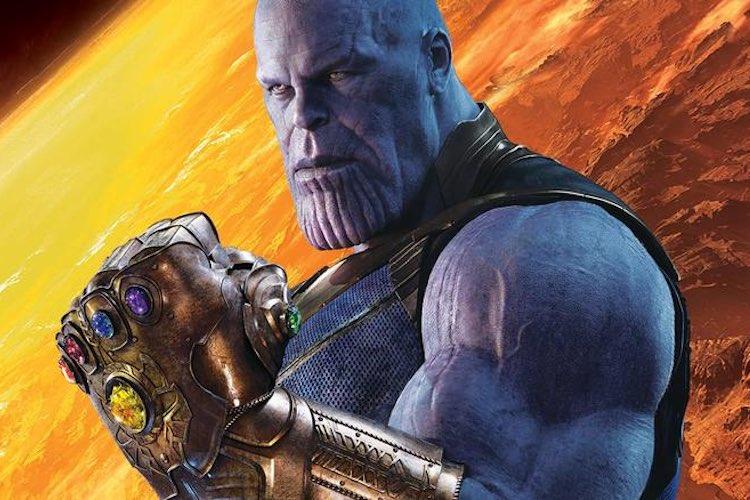 Thanos—the supervillain in Marvel Comics’ latest Avengers movies—strikes a challenging contrast to the God many Christians profess, not least because Thanos compares rather favorably to a lot of our dominant conceptions.

Thanos is actually a titan, but close enough. The Greek-sounding name may be short for either Athanasius (immortal) or Thanatos (death), and either would be suitable. In the movie, if he can gather and wield all six coveted “infinity stones,” Thanos will hold the power of space, reality, power, mind, time and soul in his hands, ruling the fate of every civilization across the universe with the snap of his fingers. The story is about the Avengers’ and Guardians’ efforts to prevent Thanos from succeeding.

Parallels between Thanos and standard images of Yahweh begin with their goal for the cosmos: the restoration of balance and renewal of paradise for all sentient beings who pass through their great and terrible Day of Judgment. In both cases, the existing universe has fallen into a state of sin, scarcity and suffering. And in each case, the god’s saving act requires the sacrifice of a beloved child—Jesus Christ (God’s only begotten son) and Gamora (Thanos’ adopted daughter). And in both cases, divine judgment entails a grand, violent culling of humanoid life for ultimate exclusion.

The trouble with casting Thanos as a supervillain is that it’s difficult to condemn him for committing a colossal evil when he’s considerably more compassionate than certain constructs of the Christian God! The contrasts are notable:

For Thanos, the separation of the elect from the damned is dispassionate and arbitrary. No consideration is given to whether they were good or evil, believers or unbelievers. Humanity’s inclusion or exclusion at the end is decided apart from any merit of its own—prior even to any foreknowledge of Thanos to their character or choices.

This vision of election is virtually indistinguishable from the “unconditional election” of “TULIP Calvinism,” and is truly salvation by grace alone. One’s goodness, one’s faith, one’s obedience, one’s belief system cannot be credited as righteousness to us at all. Life after judgment, in both the Marvel universe and Calvinism’s paradise, is an absolute gift, predestined according to the sovereign will of the god in question.

For most Christians, however, the final judgment does involve a reckoning—one’s life matters before God. While Scripture mentions various criteria for judgment, certainly one’s response of faith to Jesus Christ matters, as does the life we offer to God on “that Day.” In the historic Christian vision, at least prior to Augustine, grace is not arbitrary or exclusive, but truly offered to all and with a real opportunity for authentic response by all.

Regardless of which criteria for judgment is finally true—whether it’s unconditional election or our orientation to divine love—whether Thanos or Yahweh is the better god depends on how effective Christ’s saving work turns out to be.

Thanos would choose exactly 50% for salvation and 50% for instant annihilation. That’s much better and kinder than what many Christians expect of their God. For example, I once believed that only a very small remnant of humanity would finally be “saved.” My guesstimates were based on how many people were “born again” by saying “the sinner’s prayer.” In my ignorance, I couldn’t imagine that number exceeding 1-in-7 (much lower than Thanos’ 1-in-2). And in my arrogance, of course I placed myself in that 14% range of the lucky ones.

Furthermore, while Thanos would simply dissolve half of all living individuals with a snap of his finger, faithfulness to God required that I envision the great majority of humanity enduring eternal conscious torment in a lake of fire—in everlasting punishment—with no hope of repentance or reprieve. At this point, Thanos is endowed with the divine attributes of mercy, compassion and justice far more than God—if, that is, God truly is the architect and agent of such a cruel fate.

Then again, what if my image of God the divine supervillain is as fictitious as Thanos?

What if the God revealed by Christ is pure goodness, expressed as perfect love, truth, beauty and justice, and incarnate in the radical light, love and life of Christ?

What if God’s judgments are merciful, rather than arbitrary?

What if God’s grace is inclusive, rather than selective, truly available to all?

What if God’s lovingkindness is everlasting, rather than an ultimatum closed off by death?

What if God is altogether Christlike, rather than a poor runner-up to almighty Thanos?

And what if this is what the historic Christian gospel has proclaimed all along!

For the grace of God has appeared, bringing salvation to all men, instructing us to deny ungodliness and worldly desires and to live sensibly, righteously and godly in the present age, looking for the blessed hope and the appearing of the glory of our great God and Savior, Christ Jesus, who gave Himself for us to redeem us from every lawless deed, and to purify for Himself a people for His own possession, zealous for good deeds. (Titus 2:11-14)

But when the kindness of God our Savior and His love for mankind appeared, He saved us, not on the basis of deeds which we have done in righteousness, but according to His mercy, by the washing of regeneration and renewing by the Holy Spirit, whom He poured out upon us richly through Jesus Christ our Savior, so that being justified by His grace we would be made heirs according to the hope of eternal life. (Titus 3:4-7).