The Perils of Bible Dissection: A Parable – Brad Jersak 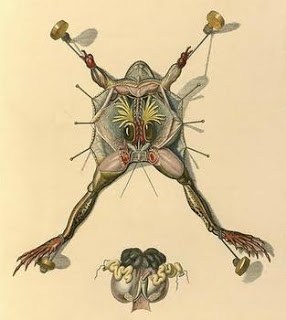 In my mind, I see vividly a young man in a white coat, his eyes locked on mine, leaning forward and sputtering loudly and insistently, “What about the spleen?! What about the spleen?!” Only a small laboratory table creates breathing space between us … not enough to spare me from wayward droplets spraying with his words.

On the table lays a frog in a petri dish, pinned back and spread-eagle, its guts exposed in glorious detail. My nostrils cringe to the assault of wafting formaldehyde vapors. Our amature biologist wields a scalpel–poking, poking, poking at the mince that had recently been a recognizable and attached organ–and continuing to press, “What do you do with the spleen?!”

And I’m puzzled about what to say. Pinning down, slicing open and mutilating this fascinating creature seemed a grotesque way to understand its essence. Its breath evacuated, the glistening skin now dull, the frog-song silenced forever. To catch a fly, to hop away, to reproduce tadpoles no more. That’s one mutilated amphibian! And now, the spleen removed and mashed, I’m being interrogated on the meaning of a disembodied fragment of rotting tissue. As if a dogma could be derived and developed from death and dismemberment.

I snap out of the unpleasant vision into an equally sour surreality. Before me, with Bible flayed wide, a young theologue is barking at me. His index finger jabbing testily at the page. “What do you do with this verse?! How do you explain this?!” He wants me to see how terrifically “biblical” he’s being. How so thoroughly he’s refuting me with his holy surgical blade. Yet somehow, the smell of Moroccan leather bears the death-taint of formalin and the verse he’s dissected looks like mangled pâté. Previously, I’ve drowned into a faint under such waves of certitude. Exegesis devolves to an ugly execution. So I pray, “Lord Jesus Christ, have mercy on me. I thought your words bring life. Can these bones yet live?” Then suddenly, gloriously, a sign and a wonder!

Like Christ from the tomb, conquering death … a loud croak resounds. There in the hands of our young firebrand, the Scripture transmogrifies before my eyes–and with a broad, wry grin, springs from his grasp and escapes free … spleen and all! 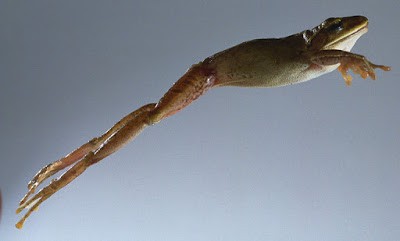