“The sprinkled blood that speaks a better word” – Brad Jersak 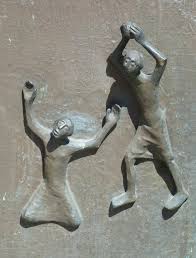 The cry of Abel’s blood echoes through the pages of sacred scripture, as does the “better word” of the sprinkled blood of God’s firstborn:

13 Cain said to the Lord, “My punishment is more than I can bear. 14 Today you are driving me from the land, and I will be hidden from your presence; I will be a restless wanderer on the earth, and whoever finds me will kill me.”

15 But the Lord said to him, “Not so; anyone who kills Cain will suffer vengeance seven times over.” Then the Lord put a mark on Cain so that no one who found him would kill him.

By faith Abel brought God a better offering than Cain did. By faith he was commended as righteous, when God spoke well of his offerings. And by faith Abel still speaks, even though he is dead.

23 You have come to God, the Judge of all, to the spirits of the righteous made perfect, 24 to Jesus the mediator of a new covenant, and to the sprinkled blood that speaks a better word than the blood of Abel.

In the Genesis account, after Cain killed Abel, the blood of Abel cried out from the ground, accusing Cain of his murder, cursing his use of the land and driving him out. In the story, Cain’s response shows that he fears Abel’s call for justice, apparently reading it as vengeance.

But the Lord hears Cain’s plea for mercy and forbids vengeance, endowing Cain with his patriarchal mark of protection, even threatening seven-fold vengeance on anyone who attempts to take his life.

In the Gospels, Christ recounts the first murder as typical of those who have always martyred the prophets. Abel’s blood is counted among all the prophets who had been persecuted by the religious establishment, from his archaic altar to the version that stood in the temple. The blood of Abel and the prophets continues to speak, if not demanding vengeance, certainly prophesying the inevitable judgment of those who lay their hands on God’s messengers—in this case, on Christ himself.

Hebrews 11 numbers Abel among the faithful. It seems odd that it is “by faith” that Abel continues to speak from the grave. Of what does he speak? If “by faith,” it would seem Hebrews either sanctifies his curses and cries for vengeance—or does his voice now speak an updated message, invoking the Messiah’s justice, perhaps?

But Hebrews 12 speaks of “the sprinkled blood”—the sprinkled blood of Christ—that speaks a better word than that of Abel. Whereas Abel’s blood had cried out to God, demanding vengeance, Christ’s blood cried out to Abba, pleading “Father, forgive them!” Ironically, the mercy of Christ is the means by which a deeper and higher justice is served—not the justice of violent retribution but rather, the restorative justice that brings to life and back to life. The sprinkled blood of radical forgiveness and reconciliation is what animates Abel’s voice and will raise him from the dead to be reconciled to the house of their his and Cain’s true Father, whose image we see in Christ, the last Adam.

And so it was from the beginning, for this same Christ who reconciles all men to himself is none other than the one Lord whose mark of protection Cain bore and lived. The sprinkled blood was already speaking—symbolically, the sign Cain wore was none other than the Cross of Christ. 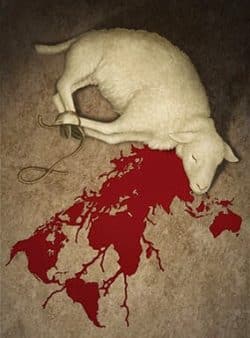 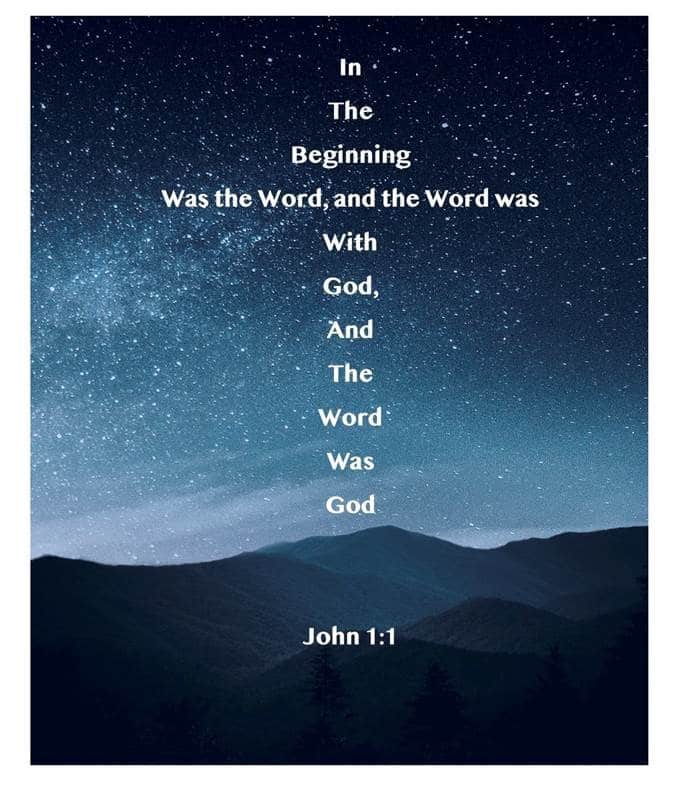