Plain Truth Ministries proclaims authentic Christianity without the religion.
Our work is Christ-centered, based on God’s amazing grace, giving hope to those burned out by legalistic religion.

CWR/PTM communicates its message electronically and in print, in its magazines, books and booklets, audio CDs, letters, radio, email and on the Internet.

We believe in the Father—Creator of heaven and earth.

We believe in Jesus—the Eternal Son of God, who was incarnated through God the Holy Spirit, fully God and fully human, who suffered, was crucified and buried, who rose again and ascended to heaven and shall come again in his kingdom of which there is no end.

We believe in the Holy Spirit, our Comforter and Counselor, who together with the Father and Son, is one God and who lives within those who believe.

We believe in the universal body of Christ, composed of all who are in Christ, whether visible or invisible to one another, a universal body that transcends any and all earthly organizations and denominations that are legally incorporated as churches.

We believe in the forgiveness of sins—undeserved, by grace, not by merit.

We believe in the Resurrection—Jesus rose from the dead, and as our risen Lord he lives in us now and will come again and resurrect the dead in Christ.

We believe in Life Everlasting—eternal life is the gift of God.

This “We Believe” statement is our CWR/PTM affirmation of faith. Some might call it a creed. The word “creed” comes from the Latin word “credo” which means “I believe.”

By its nature, a creed is a short and succinct summary—not intended to explain all details and answer all questions.

The first three summary statements of the Apostles’ Creed and of the Nicene Creed explain the nature of the One God, who exists eternally as Three distinct divine Persons—Father, Son and Holy Spirit.

Who God is and what he is like is critically important and foundational to our faith as Christ-followers.

By linking this creed with the Apostles, the intent was to communicate its direction and intent coming directly from the disciples, who were eye-witnesses to all that Jesus taught and did.

The Apostles’ Creed is probably the earliest and it is certainly the shortest of these two most well known and widely accepted summaries of Christian belief.

The Nicene Creed dates to the Council of Nicea, originally convened in 325 A.D. (its official councils and meetings continued for well over 100 years) because of further questions and disagreement about the Triune God (they asked specifically whether Jesus and the Holy Spirit are equally and eternally Persons of the Triune God, or somehow less than God the Father).

“Believe” and “belief” are foundational terms and concepts in these early Christian creeds because belief is central to life in Christ.

John highlights belief in that all time favorite and well-known, much-memorized summary of the gospel in his Gospel—the Gospel of John, chapter three and verse sixteen:

For God so loved the world that he gave his one and only Son, that whoever believes in him….

Belief is central to our faith—what We Believe is the absolute core and center, the bull’s-eye of our faith.

We Believe in God the Father, God the Son and God the Holy Spirit as the basis of our faith, with all other practices and traditions not as important as being centered in the Triune God.

C.S. Lewis said this of our faith and belief as Christ-followers:

Christianity is a statement which, if false, is of no importance, and if true, is of infinite import. The one thing it cannot be is moderately important.

Of course, memorizing and reciting words of the Apostles’ Creed or the Nicene Creed is not one and the same as heartfelt faith and belief. External behavior and belief may flow from a deep internal spiritual oasis—but not always!

Many within the world of Christendom memorize and recite historic creeds, yet effectively deny the essence of the love of God, and do not exemplify it. Christ-followers believe in God with living faith.

Is Plain Truth Ministries (PTM) financed by or affiliated with a church or denomination?

No. We partner with and provide resources to other ministries as well as small groups and individual congregations. But we are not dependent on any other ministry or church.

How is PTM financed?

The majority of our support is from the generous contributions of our dedicated Friends and Partners. The remainder of our income is derived from resource sales and miscellaneous income. PTM is a 501(c)(3) charity, registered with the IRS. Contributions to PTM are tax-deductible in the U.S.

Who is Greg Albrecht?

Greg Albrecht is president of Plain Truth Ministries, teaching via the weekly Christianity Without the Religion (CWRa), and serves as an editor of our two magazines.

Greg was born in Kansas and grew up in Texas and California. He received his BA in theology and pastored churches in England, later serving as a college professor and administrator in California. Greg holds an MA in biblical studies from Azusa Pacific University.

He is author of thirteen books:  Bad New Religion, Revelation Revolution, Between Religious Rocks & Life’s Hard Places, Unplugging from Religion…Connecting with God, Spiritual Soup for the Hungry Soul (volumes 1, 2 and 3), Rejecting Religion…Embracing Grace ,  A Taste of Grace, Letters to My Friends, Wonders of His Grace, Wonders of His Love and Beautiful Sayings.

Greg lives in Southern California with his wife Karen. They are proud parents of two married children, and love to spend time with their five grandchildren. 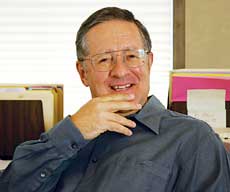 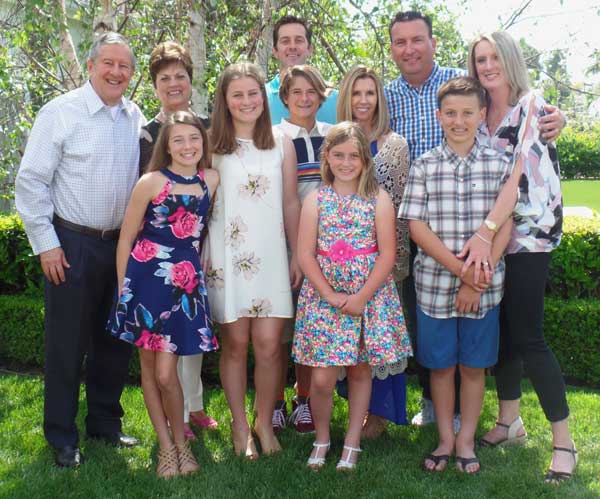 Who is Brad Jersak?

Dr. Bradley Jersak is an author, editor, speaker and teacher based in Abbotsford, British Columbia. Brad received a Ph.D. from Bangor University (Wales). He is the dean of graduate studies at St. Stephen’s University, and serves as editor at CWR Press and CWR Magazine. Brad’s work is dedicated to sharing the good news that God is love and that God’s love was shown to us perfectly in Jesus of Nazareth. 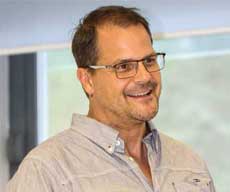 How is PTM governed?

As a nonprofit corporation, PTM is governed by a board of directors. PTM’s operations are conducted by a small staff, directed by president Greg Albrecht. 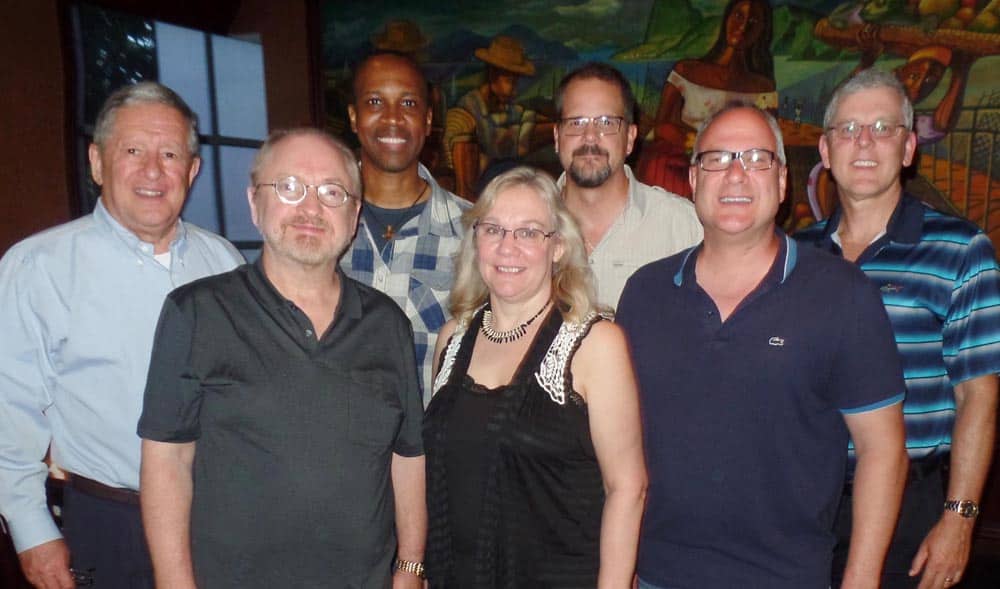 Where is your office?

In the city of Arcadia, California.

The title of your weekly worship service – and your flagship magazine – is Christianity Without the Religion. Isn't Christianity a religion? Just what do you mean by religion?

Religion can be defined in various ways, but its popular connotation is any system of practice and observance intended to make people more acceptable to God. By that definition, authentic Christianity is not a religion – because authentic Christianity is not about human effort that enhances our standing with God, but about what God has done for us.

The word "religion" seems to get slammed by PTM. Doesn't James 1:27 say, "Pure religion and undefiled before God and the Father is this, to visit the fatherless and widows in their affliction, and to keep himself unspotted from the world." This seems to say that religion isn't necessarily bad!

James 1:27 tells us about pure and undefiled religion– implying that there is such a thing as impure and defiled religion. So not all religion is “good”.  Religion is such a word. Religion can be used as a term for any kind of belief or faith in God. Religion thus may refer to Christianity, Islam, Judaism, Hinduism, etc. Many secular individuals dismiss all religion as useless, as an emotional crutch that some people seem to need to make it through the day.
However, there is another meaning attached to the word “religion” today to which The New Testament is absolutely opposed. The popular, common denominator of religion is the idea that humans must do, perform and produce works, deeds, virtues or behaviors as stipulated by rituals, rites and regulations. The idea is that having performed ceremonies, having followed religious prescriptions, priests, pills and potions, then God is more pleased with humans than he otherwise would have been. This is the fundamental difference between biblical Christianity and religion in general (whether it be a non-Christian religion, or a practice which claims to be Christian). The gospel of Jesus Christ insists that God does for us what we cannot do for ourselves. We are, according to the gospel, incapable of pleasing and appeasing God on the basis of our works. That is the definition of religion that PTM uses– and opposes, for it is the enemy of the gospel.

Could you please differentiate between legalism and fundamentalism in an easy to understand definition? Is there an overlap in their definitions or are they two totally different entities? Thank you very much and I also thank Plain Truth Ministries for all it offers.

What radio stations are you on?

Plain Truth Ministries has chosen to put its resources into the Internet, where Christianity Without the Religion (our worldwide online church) and Plain Truth radio are available 24 hours a day, 7 days a week around the world. Some PTM Partners and groups of our supporters choose to sponsor our programs on local stations. Other stations run our programs free of charge, but as this varies from week to week, we have no set listing of stations.

Is PTM connected with the late evangelist Herbert Armstrong?

He is part of PTM’s history, as he founded The Plain Truth magazine in 1934. Although Armstrong was a popular religious broadcaster for many years, his doctrines were deeply flawed. After his death in 1986, The Plain Truth magazine and its parent organization, Worldwide Church of God, underwent significant doctrinal reform, abandoning Armstrong’s flawed teachings and embracing the good news of the gospel of grace. Plain Truth Ministries was formed in 1996 and has published the new Plain Truth magazine since that time. PTM is no longer involved or affiliated with the Worldwide Church of God (itself renamed Grace Communion International). Our former history of legalistic oppression motivates PTM to warn against religious legalism, to teach sound Christian doctrine and to boldly proclaim God’s amazing grace!

God's Grace is For Everyone

Have You Forgiven God?