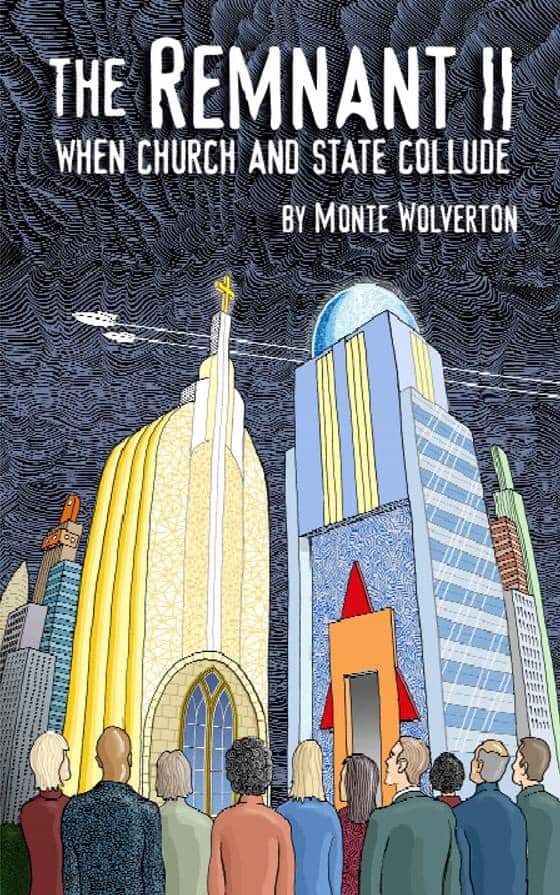 The year is 2145, and planet Earth seems destined for a new era of peace and prosperity under one world government and one world religion. But utopia is illusory, as Church Patriarch and Matriarch Grant and Dana Cochrin are about to discover. They will be blindsided by an iron-fisted dictator and a mesmerizing religious leader, who will conspire to plunge the globe into a totalitarian hell of enslavement, ethnic cleansing, terror and death.

But not everyone has been deceived. An intrepid band of insurgents is working to take back the planet for faith and freedom. Can the world be rescued from the insanity of toxic religion before it’s too late? This spellbinding story raises urgent questions about church and state—and cherished religious institutions in general.

By award-winning author, Monte Wolverton
As a follow-up book to The Remnant, in 2145, the world seems destined for a new era of peace and prosperity under one government and one religion. But an iron-fisted dictator and a mesmerizing religious leader threaten to plunge the globe into a totalitarian hell. Can an intrepid band of insurgents take back the planet for faith and freedom before it’s too late?

Kindle version of The Remnant II on Amazon

Sign up for the CWR Blog and enjoy weekly blogs from Brad, Greg and other guests from a Christ-centered perspective.