God said it, but that doesn’t settle it: Questioning the Bible – Derek Flood 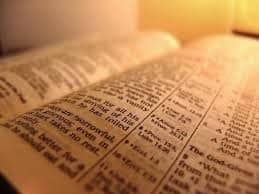 I’ve been noticing a growing trend of people who are becoming increasingly troubled and unsatisfied with a literalistic approach to the Bible. The objection they have is a moral one: They observe that a “straight forward” and “plain” reading of Scripture inevitably leads people to do things that are against their conscience, against the most basic understandings of morality, and to justify doing these immoral things “because God said it, that settles it.” In short, we’ve learned to read the Bible in a way that makes people immoral and proud of it.

One example of this is corporal punishment of children. Many parents feel that it is wrong to hit their kids. Pediatricians and mental health professionals agree. Yet the Bible says that you should hit your kids. Those who take the unquestioning approach to the Bible then argue that despite what your conscience might say, you need to trust the Bible. You need to submit to God’s Word here.

So people are being asked to go against their consciences and do things they feel are hurtful and wrong because the Bible says so. There are a host of similar examples you could mention here. Parents being pressured to disown their children who are gay. Women being excluded from the ministry. Taking a harsh and medieval approach to issues like crime and punishment despite what we know about psychology and mental health today. The list goes on and on. In previous years we would need to add issues like slavery and polygamy to the list (both of which are endorsed in the Bible).
This is obviously a huge problem. The Bible is of course supposed to make us more moral, not sear our conscience and make us immoral. However, as Pascal famously said, “Men never commit evil quite so gleefully and without restraint as when they do it in the name of religion.” Looking at history we can see that this is true time and time again. People read the Bible in an unquestioning way and when it says to commit an act of violence and moral atrocity (like genocide, like capitol punishment, like child abuse, like slavery) they turn off their brains and consciences and do it “for the Lord!” with unbridled religious glee.
So when people seeing this problem become mistrustful about the Bible, they do so not because they are immoral but because they are moral. It’s understandable in this context that the reaction of some is to simply discard the Bible all together. Or perhaps they discard the Old Testament where the vast majority of these problems come from. This was the reaction of the early church bishop Marcion. He found that the violent and angry depiction of Yahweh in the  Old Testament was simply incompatible with God revealed in Jesus, and so he tossed out the Old Testament altogether.
Marcion was declared a heretic by the early church because of this. They instead took the approach of reading the Old Testament war chronicles as spiritual analogy rather than as literal history. Now there’s something very important to notice here: Both Marcion and the early church recognized that the depictions of violence and atrocity committed in God’s name in the OT were indeed incompatible with Christ. Both rejected this and declared that if God actually commanded these things then that God would not be good, but rather as Origen puts it, “would be worse than the most cruel of men.”
CLICK HERE to read the rest of this article
Please share: