A Canary in a Coal Mine – Greg Albrecht 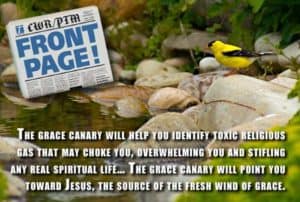 Years ago coal miners in the United States and the United Kingdom took caged canaries down into the mine with them as an early warning system. Canaries are extremely sensitive to toxic gases such as carbon monoxide and methane. The earliest mines didn’t have ventilation systems, so canaries helped detect toxic gases long before humans could.

The canaries served as an audible and a visual cue regarding the condition of the air the miners were breathing. As long as the miners could see that the canary was alive, and could hear the canary singing, the miners knew that the air was safe to breathe. A silent, dead canary meant that the miners needed to evacuate immediately—their environment had turned toxic.

The phrase “canary in a coal mine” has come to refer to someone or something that provides an early warning of a potential crisis. Just as miners of earlier generations wouldn’t venture into coal mines without canaries standing sentinel, our keynote passage explains how God’s grace is a spiritual canary. We are well advised not to venture into the halls, buildings, libraries, churches and denominations of religion without the canary of God—his amazing grace.

God’s grace stands as an early warning system against the deadly and often unseen toxic fumes of religious legalism, authoritarianism and abuse. The only reason we are spiritually alive is because of the love of God—he has saved us from spiritually unhealthy places by his grace.

Any time we are in the spiritual equivalent of a coal mine religiosity and legalism can start to affect us with its unseen and hard-to-detect poisonous gases. Shocking as it may sound, churches can be hazardous to your spiritual health—and some churches and ministries are spiritually deadly because people are not on guard. 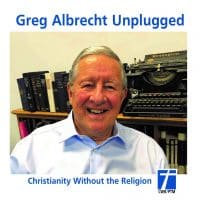