The sign on the gate of the fenced enclosure read “Tel-Evangelica: Sponsored by the International Foundation of Christian Archaeology (I.F.C.A.).”

There in the rolling Judean hills I was joining my first archaeological dig and looking forward with great anticipation to what we might discover. After orientation to the site and instruction as to acceptable procedures of excavation and recording, we began the tedious process of digging.

Tel-Evangelica was a site, the remains of which dated back to the early Christian era. The superstructure of the buildings had long since fallen down and thus were no longer “fitly joined together.”

Although previous researchers had discovered evidence of the “cornerstone,” our primary objective was to carefully excavate and analyze the subterranean foundations of the building.

The historical details derived from our excavation were most interesting. Dating of ancient artifacts is often difficult, but by cross-examination with other historical data we concluded that the remains dated from the early decades of the first century A.D.

From what appeared to the untrained eye to be rather insignificant clues, the scholars were able to develop conclusions as to the theological beliefs of these peoples. It appears they had a rather mystic concept of Christological immanence, i.e. that Christ lived in them.

The ruins from later civilizations indicate that this theological concept was soon discarded for more traditional cultic formulations.

The intent of the I.F.C.A. is to construct a large arched museum building over these ruins in order to allow for a perpetual remembrance of these peoples and their culture. This will also allow for continued study and conjecture referent to their historical and theological foundations.

So it is that churches today have become much like museums—overarching covers for archaeological expeditions into the historical and theological foundations of Christianity.

They continue to dig for hidden details in order to apologetically defend their findings. As a combined historical/theological society, they perpetuate the remembrance of a by-gone era.

Have we lost all perspective of our being the “living stones” of a “spiritual house” (1 Peter 2:5) which being “joined together grows into a holy temple in the Lord” (Ephesians 2:21, 22)? Christianity is not merely dry and dusty archaeological observations.

Rather, Christianity is the dynamic manifestation of the life of the risen Lord Jesus (2 Corinthians 4:10,11)—in believers of every age. 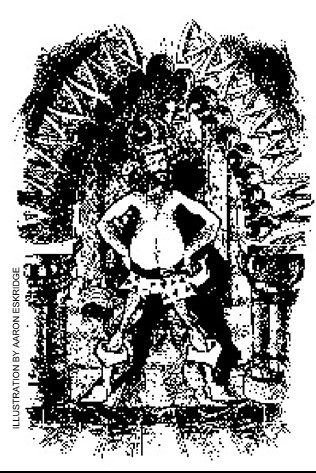