Christ is a Walking, Talking Tree of Life, a Cross in Motion – Kenneth Tanner

“Christ is a walking, talking Tree of Life, a cross in motion, and everywhere he wanders healing comes to the world.” – Fr. Kenneth Tanner 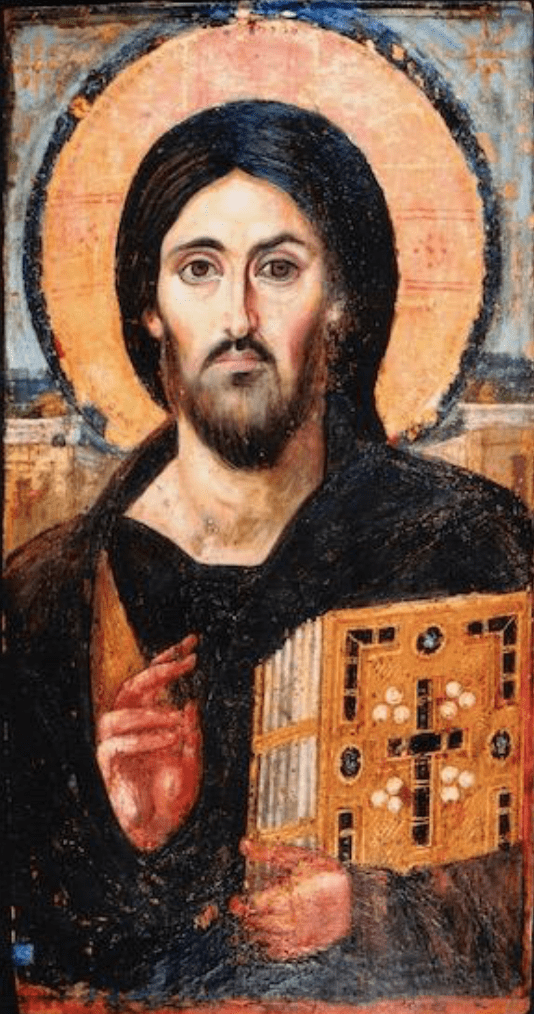 1After the king was settled in his palace and the Lord had given him rest from all his enemies around him, 2 he said to Nathan the prophet, “Here I am, living in a house of cedar, while the ark of God remains in a tent.”

3 Nathan replied to the king, “Whatever you have in mind, go ahead and do it, for the Lord is with you.”

4 But that night the word of the Lord came to Nathan, saying:

5 “Go and tell my servant David, ‘This is what the Lord says: Are you the one to build me a house to dwell in? 6 I have not dwelt in a house from the day I brought the Israelites up out of Egypt to this day. I have been moving from place to place with a tent as my dwelling.7 Wherever I have moved with all the Israelites, did I ever say to any of their rulers whom I commanded to shepherd my people Israel, “Why have you not built me a house of cedar?”’

8 “Now then, tell my servant David, ‘This is what the Lord Almighty says: I took you from the pasture, from tending the flock, and appointed you ruler over my people Israel. 9 I have been with you wherever you have gone, and I have cut off all your enemies from before you. Now I will make your name great, like the names of the greatest men on earth. 10 And I will provide a place for my people Israel and will plant them so that they can have a home of their own and no longer be disturbed. Wicked people will not oppress them anymore, as they did at the beginning 11 and have done ever since the time I appointed leaders over my people Israel. I will also give you rest from all your enemies.

David now rules a united Israel, is now resting easy from all his enemies in a house of cedar. David wants the dwelling of God in creation—for the Hebrews, this was exemplified by the Ark—to have as nice a place as his. And Nathan, his court prophet, gives him the green light.

Then overnight God puts the brakes on, telling Nathan to ask David when he had ever asked *anyone* to build a house for him. He wasn’t asking David to either.

God is content to be a nomad, a shepherd out under the stars with his flock, dwelling among and traversing the world with his people.

Through Nathan, God promises instead to build David a house, constructed by a son of David who is also somehow God’s son.

God also makes other promises about the permanence of Israel’s place in the world and her safety that don’t seem to come true in the decades and centuries that follow David.

Instead, we see royal sons who forget God to worship idols, we learn of defeat and disgrace, witness exile and return, and occupation by tyranny…over and over and over again for hundreds of years.

Then, in the fullness of time, at the end of the world, the promised son arrives.

Solomon, David’s immediate heir, had built a temple for God but Solomon knew, even at its dedication, that it could not contain God: “The heaven of heavens cannot contain you, much less this temple I have built.”

Yet God’s promise stands and at the consent of a teenaged woman, by the Spirit, the womb of David’s descendant becomes an ark that contains God, contains the One who cannot be contained.

Mary becomes the first human to bear the incarnate Christ within, her son Jesus—from David’s body in time, yet also the eternal Son who proceeds from the Father—the Word made flesh, God’s cornerstone for a new humanity.

We remember that Jesus, the carpenter’s stepson, who no doubt worked with cedar, a skilled tradesman in wood, also had no house in this world, no permanent dwelling place, like his father David a nomadic shepherd: “The foxes have holes, and the birds have nests, but the Son of Man has no place to rest his head.”

In Mark 6 and Matthew 8, we see that as Jesus wanders from place to place, the sick and the oppressed are brought out to him. He has compassion on them for they are like sheep without a shepherd. He heals and delivers them.

Matthew (8:17) sees these healings as a fulfillment of Isaiah’s prophecy that the Messiah will take up our diseases and infirmities.

The nomadic carpenter, God in the flesh, David’s son, wipes the sawdust from his forearms, and with a word, by his presence—even by the fringe of his cloak—takes away mental illness, spiritual darkness, and physical sickness.

We are right to see this “taking up of our infirmities” in the stripes he received and the cross that he ascended but here Matthew reminds us that the whole life of Christ among us from womb to tomb and on down into the depths of hell is a substitution, is his cross by which he takes away the sin of the world.

Christ is a walking, talking Tree of Life, a cross in motion, and everywhere he wanders healing comes to the world.

His cross is at the center of the house God is building for us and for himself in the world, its beams extending in all four directions so there is now no place where God is not.

The whole life of Jesus Christ is a grand substitution of his life for ours.

If the story ended there it would be staggeringly beautiful but it does NOT end there.

Paul’s tells us that God also builds US into the house he is making for us and for himself in the world.

And here I just want to quote at length from Eugene Peterson’s translation of Paul’s letter to the Ephesians:

“The Messiah has made things up between us so that we’re now together on this, both non-Jewish outsiders and Jewish insiders.

“He tore down the wall we used to keep each other at a distance. He repealed the law code that had become so clogged with fine print and footnotes that it hindered more than it helped.

“Then he started over. Instead of continuing with two groups of people separated by centuries of animosity and suspicion, he created a new kind of human being, a fresh start for everybody.

“Christ brought us together through his death on the cross. The Cross got us to embrace, and that was the end of the hostility. Christ came and preached peace to you outsiders and peace to us insiders. He treated us as equals, and so made us equals. Through him, we both share the same Spirit and have equal access to the Father.

“That’s plain enough, isn’t it? You’re no longer wandering exiles. This kingdom of faith is now your home country. You’re no longer strangers or outsiders. You belong here, with as much right to the name Christian as anyone.”

And here we come to it, all these centuries after David:

“God is building a home. He’s using us all—irrespective of how we got here—in what he is building. He used the apostles and prophets for the foundation. Now he’s using you, fitting you in brick by brick, stone by stone, with Christ Jesus as the cornerstone that holds all the parts together. We see it taking shape day after day—a holy temple built by God, all of us built into it, a temple in which God is quite at home.” (Ephesians‬ ‭2:14-22‬).