Every Friday night Eddie walked down to an old broken down pier on the eastern seacoast of Florida, walking slowly, slightly stooped over while carrying a large bucket of shrimp. The sea gulls flocked to the old man because almost every Friday night he provided a shrimp feast for them.

He returned to the United States at the age of 29 as a war hero. He continued his love of speed and engines, eventually securing a controlling interest in the Indianapolis Speedway, and then, in 1938, shortly before he turned 50, becoming president and director of Eastern Airlines.

When World War II started Eddie Rickenbacker was asked to be a special representative of the Secretary of War, inspecting air force bases in the Pacific. In October, 1942, Rickenbacker and seven men set out on a mission over the Pacific in a B-17—the old Flying Fortress. Eddie was 52 years of age, certainly not a young man anymore.

They ran into trouble and had to ditch their plane in the South Pacific. They crash landed in an area that was beyond the reach of radio. The men wound up in two five-man and one two-man life rafts—with most of their food and water still on board the plane, which sank. They had three oranges between them, which they eventually divided among themselves and ate. 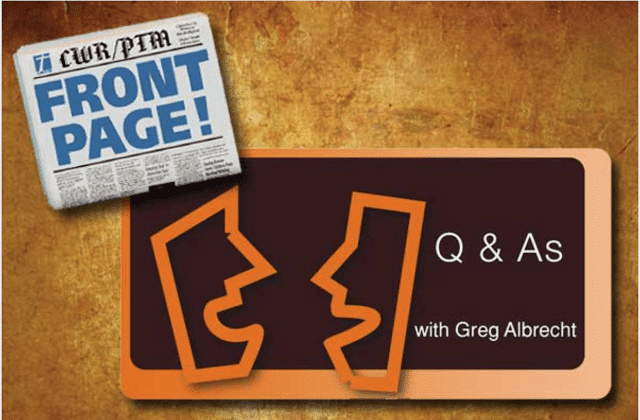 Does God Forgive AND Forget? Q&A with Greg Albrecht

Does God Forgive and Forget?