Eden as a Metaphor – Ruth Tucker

I was recently interacting with an attractive, engaging woman—mid-forties, school teacher, twice divorced—who told me she had finished reading my book, Black and White Bible: Black and Blue Wife. She found the book thought-provoking, particularly my perception of the Garden of Eden as a metaphor for falling in love. She had recently begun dating again, and she felt she needed that warning. I write the following in my book about this garden paradise:

My attraction to the story of Adam and Eve has found its habitation in the heart of imagination. . . . When I contemplate this Garden of Eden, this Paradise, I wonder if it is appropriate to see it as a metaphor for falling in love. It has all the elements. The perfect setting is created just for that perfectly created male and female. . . .

I was once in Eden and I fell in love . . . senseless infatuation. Tall, dark, and handsome, a perfect creature, an Adam, appearing almost out of nowhere. The setting on this island paradise was a large screened meeting room above the boathouse. . . .

The Garden of Eden is where beguiling romance is born. All it takes is two perfect people swooning, whispering sweet nothings, finding no fault. The deception of perfection. Suddenly a snake slithers in the grass and comes on the scene. Oh, how crafty is this clever creature. Sure, there have been red flags and warnings, but the serpent casts doubts, soothes an uneasy conscience, dismisses an unsure query. Like Eve, I did not ask hard questions. Suspicions and uncertainties disappeared like blossoms in the breeze. The lure of the forbidden fruit was irresistible. I ate the apple.

Yes, I ate the apple. Red flags were flying, but the loss of rational thinking had disappeared amid beguiling romance. A year later, having been together less than eleven full days, we were married. After all, he was a wonderful Christian man. We wrote lots of letters and talked frequently on the phone. True, he had been expelled from two Christian colleges and had been arrested as a peeping tom, but he had turned his life around. So I thought.

My imagined paradise, however, putrefied. As I tell in the book, enduring my husband’s violent threats was worse than the physical abuse (and not just pushing and shoving). I truly was, as the title tells, a black-and-blue wife. But his terrorizing me was worse—even to the point of threatening to kill me. After nearly twenty years of marriage, when our son turned thirteen and was able to testify in court, we escaped. Many people later asked why we didn’t get out sooner. Why wait so long? In my case, my ex-husband was a minister who could be very charming, and I feared he might convince a judge to award him joint custody. But with our son’s testimony, my full custody was ensured. I did not, however request or receive, child support. I knew it would exacerbate his rage. My fear of being killed far outweighed any fear of poverty. Borrowing from a boy’s earnings from odd jobs and double paper routes got us through the first year.

Since our initial meeting I’ve become better acquainted with the teacher who reminded me of my Eden metaphor. And fortunately, she presents herself as very cautious about marrying a third time. The man of interest, also divorced, is a recovering alcoholic who, to his credit, faithfully attends AA meetings. Like her, he is very personable and fun-loving. Should I learn they are discussing marriage, however, I swear I will intervene. With a “flaming sword flashing back and forth,” like the one that kept Adam and Eve from returning to Eden, I will insist they remain in that blissful garden of romance. Too much danger outside paradise, too many thorns and thistles—even for two perfect people. She’s an absolutely delightful conversationalist, a Democrat, a liberal, whom I’m enjoying getting to know. He’s a Republican, a conservative, a workaholic, whom I know very well. He’s my beloved son.

Meddling mother that I am, flaming sword notwithstanding, he’s guaranteed to pay me no heed. Will she? 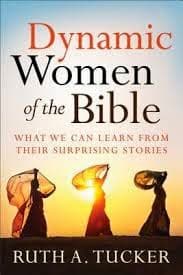 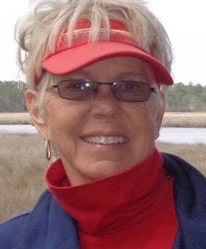 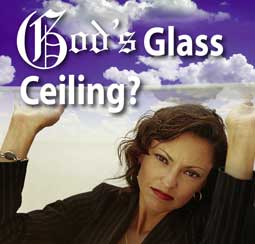