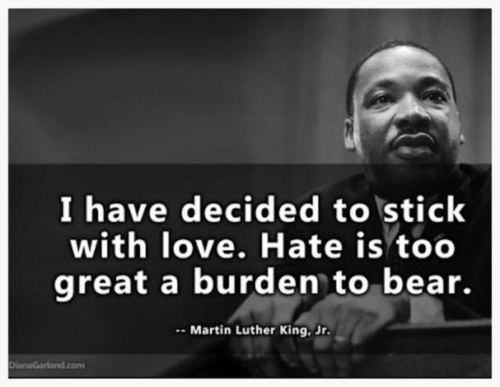 I know that we’re in the Advent Season, but I think I’m going to fast as if it’s Lent instead. What was at first comical, amusing, and just plain silly, has become so abhorrent that I have to look away and stop listening and watching “the show.”

I remember as a child being invited to our church on a Sunday evening to watch a film. It was called “Left Behind”, and it was all about what it was going to be like to be left behind when Jesus returned to take home all the Christians. This film was particularly effective at making me very scared of God, his judgement, and his return. It probably took about a decade after seeing that to finally shed the last of that fear and to come to know Jesus relationally, rather than out of fear and duty.

I remember as a teen, reading about “The Antichrist”, studying it a bit in our church youth group, and then later studying it for real in Bible School. We learned all kinds of things, like that the Anti-Christ was probably going to be Russian, that the world was going to be deceived into following this charismatic leader who would lead us into an age where we would get barcodes tattooed on our foreheads (as IF everyone would be okay with having tattoos!), and society would be cashless (and you’d even have to do your own banking at home!). We discovered all kinds of formulas for the number of the beast, and how this was already in the system. There was something about there just being one government for the entire world, and that we would be expected to pledge allegiance to someone or something that wasn’t God (maybe a flag or a country?), or we would be put to death.

And as an adult I have watched with some curiosity how with each new National Leader raised to the throne, there are whispers and speculative concerns about whether this might be the Anti-Christ. Even some Rock Stars have earned the nefarious moniker and have the record sales to prove it! The term is almost always used by Christians, and almost always meant to drum up fear in the listener.

I have an app on my phone that gives me access to news throughout the day, I have a radio station in my car that has the news on every 10 minutes all day long, and I have my choice of endless TV News stations from Fox to Al Jazeera that can give me whatever slant I desire on what’s happening in the world today. Without exception there is always a very unhealthy measure of fear in the mix.

So I got to thinking, are we in the end times? Is the Anti-Christ among us? Are we being lulled into some complacent acceptance of some evil man who will take over the world, bring on the tribulation and eventually trigger the return of Christ (of course this timeline is adjustable according to which youth group you attended!)?

Well I think this is a sort of “end time” in that, this can’t continue without there being some sort of end to how things are. We are in the midst of a reformation as a global society, where the tensions are high and the stakes are higher. But if you’re looking for a “man” to pin this on, an individual who is the Anti-Christ, I don’t think you’ll be able to narrow it down to just one!

The relationship I have with Jesus Christ is steeped in a Love that holds me in place and allows me to move in the midst of fear, without the angst of my early years or those who would like to hobble me with their fear and hate-filled slant. So with that as my foundation, I can look out at the world and can recognize the Anti-Christ quite easily. God is Love, and anything that is not Love, or dare I say anything “hateful” is anti Christ, as in against Christ, or counter Christ. I think its really that easy. Any message that comes across your path, on your phone, on your laptop, tweeted, chirped or yelled into a microphone, that is not Love, and spawns fear or hatred is Anti-Christ.

This age’s Anti-Christ is not a man, it’s a philosophy that forges sides and causes humankind to react out of our fear in hateful, suspicious, narrow-minded, and unloving ways. This philosophy is truly devious, and has already caught up many within the church, including their leaders with its rhetoric.

We have our example of how “to be” in Scripture. Jesus was born into a culture that was being oppressed and overrun by an evil empire. But Jesus didn’t take up weapons, he didn’t move in violence, he was inclusive, loving, forgiving, and without hatred. Jesus lived in times much like ours, and managed to draw people to him by his message of Love. Why are we so consumed these days by the fear and hatred of others? This IS Anti-Christ!
So that is why I am going to fast from watching, reading, or listening to the News, “the show.” This time of Advent has enough distractions, that I don’t want to add anti-Christ into the mix. I don’t want to rent my head or heart space to hate and fear-filled messages that are the constant diet of the newsreels.

Instead I will put myself into the story of Jesus’ birth each day, finding my place, a new vantage each day, a way to discover what each of the characters in the story may have been feeling, seeing, doing, in order to recapture the wonder and awe of the reality that Emmanuel is God with us!

I will breathe in the stable air and be grateful for those who open doors to weary travellers. I’ll watch in awe as the Angel’s sing and herald the arrival of a humble king. I’ll consider what gift I might present to this new born king. I’ll put myself in the shoes of a young couple with a baby fleeing for their lives, having to find refuge in another country. I will not pick up the weapons of fear and hate because Jesus showed me another way. I will choose to Love, I will act in Love, I will demonstrate Love, and I will speak messages of Love, because God is Love!