Wouldn’t it be great if you or I could hit a delete button and send the memories of all our hurts and pains somewhere far away, into the most remote recesses of our minds, and never, ever have to think of them  again? Wouldn’t it be wonderful if the hard drive in our brain suddenly crashed, and no bad memories survived?

As painful as our memories of being hurt are, they can fester and grow into resentment and hatred of those who either hurt us or had some part in our pain.

Nasty things can and do happen when we throw a pity party, swimming laps in a pool of resentment, endlessly replaying painful moments from our past.

Movies, music and stage plays deal with narratives of revenge, and  fostering and growing grudges. From Wyatt Earp and the OK Corral to the Hatfields and McCoys, American history is alive with such stories. In all these stories of revenge and vindication, individuals who experience life without giving or receiving forgiveness live in an emotional and spiritual prison cell. They are slaves to their guilt, shame and desire for retribution.

An unforgiving spirit poisons every relationship we have, as well as every part of our life.
It’s been said that holding a grudge is like drinking poison and expecting the other person to die.

We have a need to let go of our past and to forgive real and imagined hurts caused by individuals who were involved, whether directly or indirectly.  There’s no delete button to erase it all—but there is a way to heal it all. There’s a way to forgive others, but the solution does not ultimately come from human resources. There is a way to deal with the hurts and pains that live in our memories. The answer is found in bondage and offers them true freedom in Christ.

But, forgiving others is not as simple as a brief prayer—nor does the  solution arrive in our lives by attending a Sunday school class. The resolution of our hurts and pains has no easy answer. In fact, forgiveness may just be the most difficult task that God’s love can ever accomplish and therefore, it’s one of his most precious gifts.
God’s love went through hell and back to produce forgiveness. So forgiveness is love’s ultimate power.

Many people spend their lives buried in their negative memories of abuse and heartache, with images of those people who hurt them emblazoned in their minds … while never stopping to consider that they too occupy a similar place in other people’s minds.

Being human means we need to forgive—others and ourselves —and we need to be forgiven. All humans suffer spoken insults and the sharp words of others. All humans inflict hurt and pain on others. Ironically, when we hurt and cause pain to others, we don’t merely hurt those we think deserve to be hurt. More often we hurt those we truly care about—as the old song says, “You always hurt the one you love.”

So, we both need to forgive others and we need to be forgiven. But which comes first?

Most Christ-followers realize that God alone can forgive them—but when it comes to forgiving others, many Christians get the cart before the horse. They recall Jesus’ words and conclude that forgiveness for others must begin within themselves before God can or will reciprocate and forgive them.

This passage seems to be clear instruction and dogmatic evidence that we must forgive others before we can expect God to forgive us.

These words of Jesus are his commentary on the topic of forgiveness, immediately following the Lord’s Prayer. The only part of the prayer that he comments on is forgiveness—so much so that one Bible commentary has called these verses the “Forgiveness P. S.”

Forgive us our debts, as we have also forgiven our debtors (Matthew 6:12).

First we read that we should ask our heavenly Father to forgive our debts. No problem, because when we’re honest with ourselves, we realize we have debts. Maybe we don’t like to think about the sheer number or enormity of our spiritual debts, but we can’t weasel out of the fact that we have them. But then Matthew 6:12 links the request for God to forgive our debts with what seems to be a condition. AS we have forgiven our debtors.

What? What’s this? Doesn’t the gospel of Jesus Christ tell us—doesn’t it insist—that God’s love, mercy and grace don’t depend on our actions? Doesn’t the gospel tell us that God forgives us in spite of who we are and what we have done, not because of it? Doesn’t God’s grace teach us that we are forgiven because of God’s goodness and righteousness rather than our own?

So, what should we make of Matthew 6:12? Forgive us our debts, AS we have forgiven our debtors. Isn’t Jesus turning his own gospel upside down—isn’t he contradicting himself? Is he really saying that God’s love, mercy and grace are conditional, after all?

In the Lord’s Prayer, Jesus teaches us that our relationship with God empowers us, so that God’s work will be displayed in our lives. Because we have been forgiven by God, and because we have received that
forgiveness, we will also be enabled to pass that forgiveness on to others. There is no horizontal forgiveness unless and until there is vertical forgiveness. Forgiveness emanates from beyond us, from another dimension—its origin is divine, not human.

In the Lord’s Prayer, Jesus is saying that it’s unthinkable for those of us who truly know we have been forgiven to do anything but forgive others. It is unthinkable and impossible for Jesus to live his new life in anyone without that person also participating in the process of forgiving others as they have been forgiven.

So, what seems to be a proviso—forgive us our debts, AS we have forgiven our debtors—is not a stipulation. It’s not that we must first forgive others because unless and until we do so, God will not forgive us.

The notion that we must first forgive others before God activates his forgiveness toward us is a religious contrivance. Why? Because it is patently impossible for a human to earn anything from God. While it is an impossible stipulation, some within legalistic religion do their best to make the Lord’s Prayer say just that.

So, which comes first? Our forgiveness of others, which in turn convinces God to forgive us? Or is it God’s forgiveness, unmerited on our part, which then empowers us to forgive our own debtors?
We love because he first loved us (1 John 4:19).

Because forgiveness is the epitome and absolute power of God’s love, it is also true that we forgive because God first forgave us.

According to the Lord’s Prayer, we persist in praying for God’s forgiveness only because we’ve already fully acknowledged our need for it and received God’s forgiveness as a free gift of grace. Receiving God’s forgiveness entails accepting our own inability to have a relationship with God based on anything we can do or produce or earn.

When we forgive, we forgive people—we don’t forgive animals, at least not in the same way we forgive humans.

For that matter, animals don’t forgive fellow animals. It’s a dog-eat-dog world, not a dog-forgives-other-dogs world. With animals, it’s survival of the fittest. Some assure us that humans live out the same creed—only those who are the brightest, fastest, smartest and most financially secure survive. And when humans behave like animals and treat each other like animals, that’s true.

Forgiveness is one of the defining behaviors that distinguishes a child of God —who accepts the love of God—from those who do not.

We don’t forgive objects, like trees or rocks, houses or cars.

When hurricanes, floods, fires or earthquakes leave us devastated, we don’t normally think of forgiving a natural destructive act, though some dare label them “acts of God” or blame them on someone’s sin.

So, forgiveness is relational. It’s deeply involved with the messy business of what it means to be a human being and how we act and react toward other humans.

For a Christ-follower, it is unthinkable to exclude anyone from the forgiveness we ourselves have received. Sadly, our world is filled with those who refuse to forgive others because they have not yet admitted that they need to be forgiven themselves. While God always forgives, he will not force his grace upon those who are not interested in being forgiven. Thus, grudges are nursed, resentment is nourished and bitterness grows like a wildfire—because so many will not face their own need of forgiveness.

In the final and absolute sense, forgiveness is a gift of God. May we actively receive his forgiveness and fully embrace it, so that we too find the capacity to pass on that same forgiveness to others. 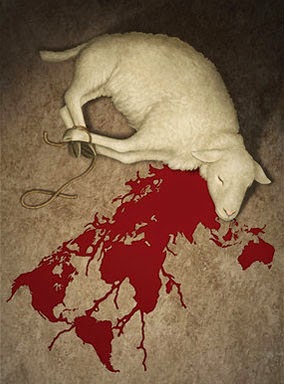 Forgiveness: What it isn't & what it is - Brad Jersak