God in our own image – Rob Grayson 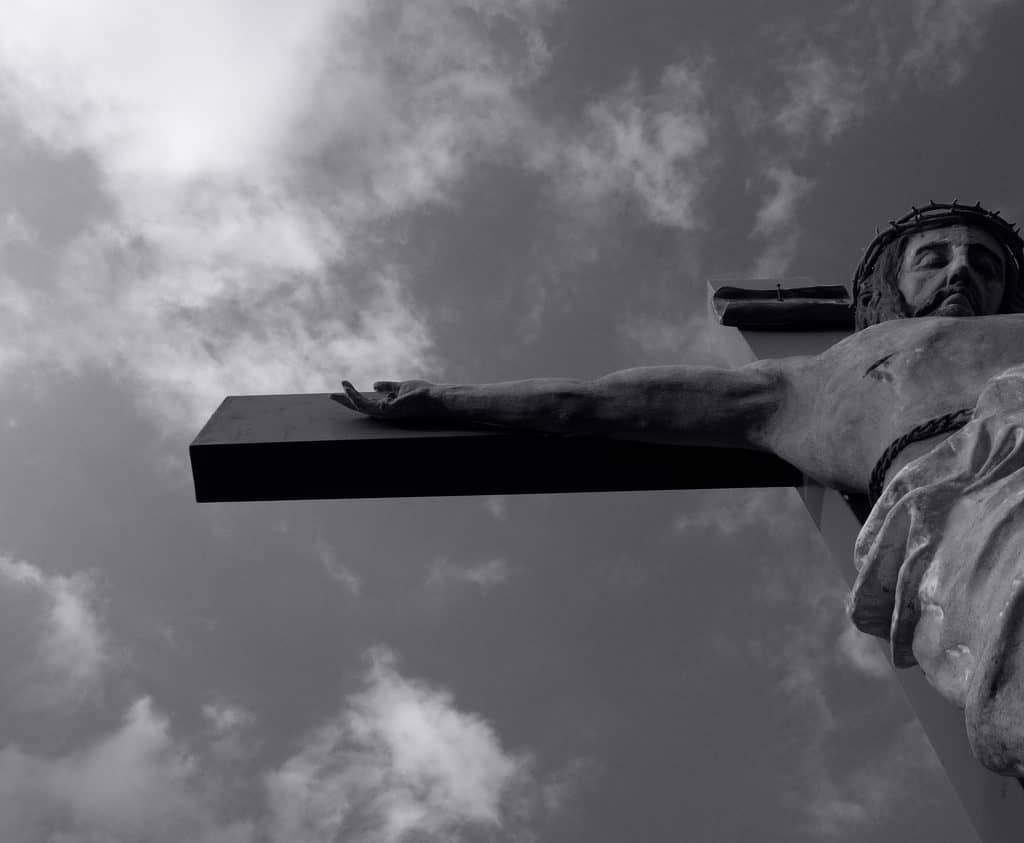 I believe that Jesus, and specifically Jesus on the cross, is the definitive revelation of who God is. If we start our quest to understand God anywhere else, we are liable to end up – as history attests – with all kinds of grotesque distortions of what God is actually like. Some of these distortions we see in the pages of the Old Testament, where God is said to have not only sanctioned but commanded ethnic cleansing and other moral atrocities.

In short, I believe that we need to forget whatever we thought we knew about God – whether it’s from philosophy, family lore, popular culture, or even the Old Testament – and instead sit at the foot of the cross and let Jesus show us what God is really like.

Sadly, but unsurprisingly, the view I have set out above often meets objections from Christians. One of the most frequent objections is along these lines: “But if you focus solely on Jesus and ignore all the other stuff in the Bible about God – you know, all the passages about punishment and vengeance – all you’re doing is creating God in your own image”.

Basically, the idea that we should let our understanding of God be shaped by Jesus is often characterized as a cop-out, a way of sweeping potentially more troublesome aspects of God under the carpet.

Let’s try to dispense with that objection today.

In order to do so, let’s sharpen up this Jesus-centred view of God as much as we can. What do I mean when I say that God is most clearly revealed in Christ on the cross? What I mean is this: God is absolutely forgiving, non-retributive, self-sacrificing, and endlessly compassionate. There is no violence in God. None. Zip. Nada.

In contrast, if you allow your view of God to be shaped by everything the Bible claims about God, you’ll almost inevitably end up believing in a God who is by turns murderously violent and heart-achingly compassionate, brutally condemnatory and endlessly merciful. The form this belief very often takes is that God is patient, merciful, compassionate and so forth now… but that a day is coming when God will crush his enemies under his feet and consign them to eternal fiery torment.

Now, the question I want to ask is this: which of the two versions of God I’ve just presented is more likely to be a God created in our own image?

Which sounds more like human beings: a God who is endlessly forgiving, compassionate and non-retaliatory, or a God who is prepared to be patient for the time being in the knowledge that his enemies are eventually going to buy it big time? Which is more like us: a God who is unswervingly and unrelentingly merciful, or a God who appears merciful to the point of laxity one moment only to emerge as terrifyingly violent the next?

I put it to you that in fact, if we were to deliberately construct a God in our image, in most cases the God we would end up with would be a fickle God capable of both great love and great evil. For that, if we’re honest, is what most of us are like.

On the other hand, a God who is ever and always compassionate, forgiving and merciful, come what may… well, that’s a little more outside our human understanding. One might even say of such a God that his ways are higher than our ways.

And let me just say one other thing. Those who point out that a Jesus-centred God is a God made in our own image often feel smugly secure in the knowledge that because they put their absolute and complete trust in the whole of the Bible, they are immune from such a danger. To which I say, au contraire.

Claiming to abide strictly by what the Bible says is no protection against constructing a God in your own image, for the simple reason that all of us, whenever we read any text, including the Bible, bring our own particular interpretation to it. We subconsciously filter our understanding through a worldview that’s so deeply anchored in our psyche that we’re largely unaware that it’s there. It’s as though we’re reading the Bible through a pair of tinted glasses that we don’t even know we’re wearing. (I wrote about this here.)

By contrast, the ever-compassionate, endlessly forgiving God we find revealed in Jesus couldn’t be more different from us. His ways truly are higher than our ways. Far from simply showing us a projection of our own shortcomings and neuroses on a grand scale, he shows us what we could and should be like. This is no God made in our image: this is a God who shows us our original image – the imago dei, the image of God – and invites us to rediscover it and let it be divinely reborn in us.

In summary, then, I’d say you’re in much greater danger of constructing a God in your own image if you hold to a literalist view of scripture than if you accept and believe that Jesus is the one definitive interpreter of God.

Rob Grayson is a blogger and translator based in the UK. He is a friend of PTM. This post first appeared at faithmeetsworld.com