“I haven’t seen you lately” by Greg Albrecht 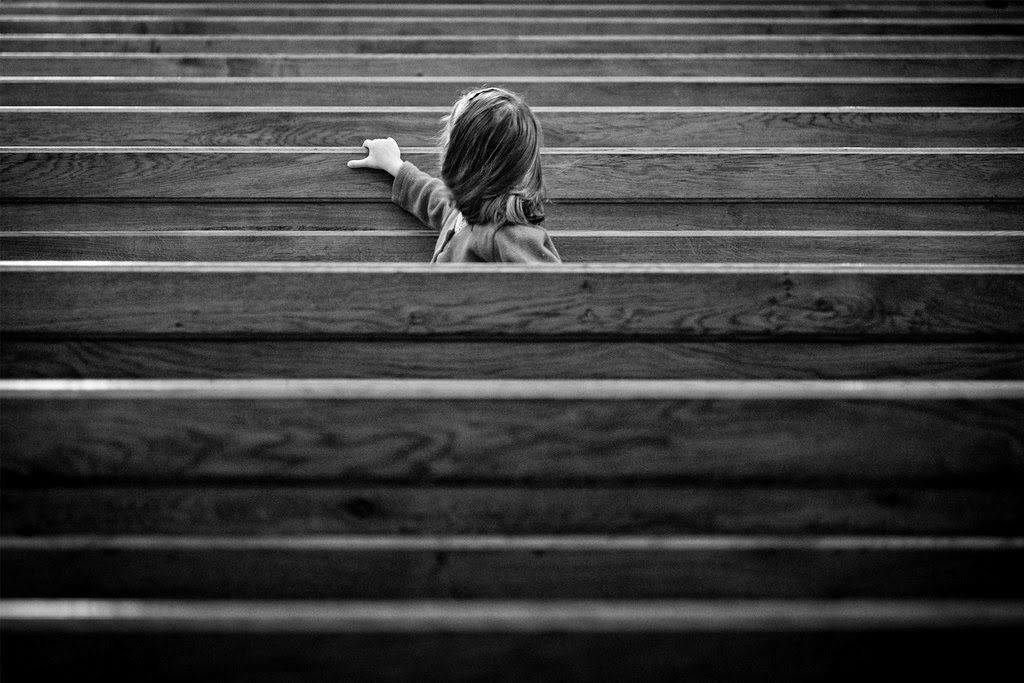 A friend of mine who attends her church on a fairly regular basis missed a few weeks in a row. When she returned, one of the “church ladies” greeted her with: “I haven’t seen you lately!” Of course, the “church lady” meant she hadn’t seen my friend lately at church, and that was a cause for concern.
“I haven’t seen you lately” might include the following thoughts:
I was once filled with such guilt-laden invective myself. I once believed that warming a seat in a religious meeting was directly related to one’s relationship with God. I understand the drill—I’ve truly been there and done that.

The motivation behind “I haven’t seen you lately” might appear to be benign, but behind this smiling “greeting” is the idea that others have the right to intrude into your life and demand explanations when you don’t appear to be measuring up.

I know people who, having made the effort to “go to church,” are sick of running the spiritual gauntlet of “I haven’t seen you lately” and stopped subjecting themselves to such spiritually invasive intrusions.

There are two ways to persuade people to join in a meeting or activity. Like Tom Sawyer whitewashing his fence, we may “paint” the project in which we are involved as being so winsome and compelling that others will pay us for the privilege of doing what we are doing. On the other hand, we can attempt to involve others in an activity we believe to be necessary and important by threatening them. I am appalled by the efforts of those who believe they are representing God by using a club to enforce compliance. I just can’t see Jesus in such an undertaking. I am further appalled when some take biblical passages out of context to prove their (not his!) point.

What? Give Up Meeting Together?  Steam might be coming out of your ears right now, because you think I am encouraging people not to attend church (as defined by traveling to a building).

You might say, “Well, what about Hebrews 10:25?”  Let’s talk about Hebrews 10:25—a proof text that has often been used to beat people into submission so they attend “every time the door of the church is open.” I consider much of the “use” of this text to be abuse. “Let us not give up meeting together, as some are in the habit of doing, but let us encourage one another….”

Were people in the first century able to meet together by emailing each other, texting or calling each other on the phone? They weren’t able to pick up their phone or email you to say I haven’t seen you lately.  Were these early Christians able to meet together and talk about the spiritual nourishment available through a wealth of study Bibles, Christian print and electronic media? How many Christian radio stations, ministries and websites existed in the culture of those to whom Hebrews 10:25 was originally written?

The original recipients were, as we are today, part of the body of Christ. They realized, perhaps more than we do today, that the church is not a building they frequented on a regular basis. At this early stage of Christianity there were no buildings exclusively devoted to Christian teaching and practice they could attend, where everyone thought and believed the way they did.

In fact, the entire book of Hebrews surrounding this passage actually encourages the original readers to stop allowing physical buildings (and the ceremonies and rituals conducted within them) to influence their lives as much as they had. The original audience of the book of Hebrews were (get this) Hebrews!

They were coming out of Judaism into Christianity. Many still felt obligated to attend regular synagogue services and subscribe to the beliefs of Judaism. But the book of Hebrews, over and over, insists on the superiority of Christ over the traditions of Judaism.

Meet Together—But Leave Religion Behind
Hebrews 10:25 encourages Christ followers to leave their old religious places behind so that they could meet together. Hebrews is encouraging its readers to embrace spiritual realities which are far more important than physical buildings and ceremonies. In the lives of those who first read the words of Hebrews 10:25, meeting together wasn’t a matter of heading down the street to a physical building—one called a church rather than a synagogue. Meeting together involved then, as now, far more of a spiritual compatibility than it does sharing a piece of real estate.

Meeting together concerns all the ways in which Christ-followers might relate to, encourage and befriend one another—virtually all outside of a religious building. This audience knew what many people held captive by religious pretenses today do not: Church (the body of Christ) is not primarily a place we go, but it is what we are.

An Irreligious Christian
I don’t religiously attend any religious service. I am an irreligious Christian. I occasionally attend a church service in a building with members of my family. When I am invited, I speak inside buildings solely dedicated to a physically organized church. But my allegiance is only to Jesus. All buildings, earthly ministries (including the one in which I am involved), congregations and denominations lag far behind my devotion to Jesus.

I absolutely believe that no legally incorporated entity on earth has the exclusive right to represent God. No religious leader has divine authority to tell us that we must be present in their buildings, following their regimens and regulations in order to enjoy a relationship with God.

You may choose to attend a brick-and-mortar church or not. Your relationship with God may be enhanced if you attend a grace-based, Christ-centered church, or it may be diminished in a place where you are met with I haven’t seen you lately when you return from a vacation. In terms of your personal relationship with God, you might be better off not going to a church building.

The idea that people who religiously frequent a building are spiritually “better” than those who do not is directly opposed to the gospel of Jesus Christ, which insists that we can only be spiritually enhanced and improved by God’s grace, not by the actions we take or the performances in which we engage.

If you travel to a specific piece of real estate, you are free in Christ to choose to do that as frequently or infrequently as you determine. If you make such a decision, please realize that no one has a divine right to convene an inquisition about your less-than-perfect attendance record.

It is for freedom that Christ has set us free. Stand firm, then, and do not let yourselves be burdened again by a yoke of slavery (Galatians 5:1).

Attend Church or Else! - Greg Albrecht

Browbeaten and Bullied at Church by Greg Albrecht