The next time you are in the checkout line at the grocery store imagine turning to the person next to you and joyfully announcing “Christ is risen!” Can you picture the bewildered expressions of your fellow shoppers?

Imagine you are taking a walk and when someone passes by you greet them by saying, “Christ is risen!” Some of those people would ignore you, and perhaps walk a little faster to put more distance between them and you.

Did you know it’s easier and far more comfortable to think of Jesus as dead than alive? People dying and staying dead means life goes on the way we experience it…every one eventually dies. When people die they are buried or cremated…and they stay where they are placed. That’s how life and death work.

But, if the dead don’t stay dead, what can you count on? If only one person never stayed dead, then that changes everything, doesn’t it? Jesus died, but he didn’t stay dead.

In the 27th chapter of Matthew we read about Jesus appearing before Pilate, the Roman governor. It was the custom at the Jewish Passover, which was all about their deliverance from Egypt, that the Roman governor would release one prisoner, chosen by the crowd assembled before him.

Before Pilate asked the crowd if they wanted him to release Jesus, or Barabbas, a notorious prisoner according to Matthew, here’s what we read in Matthew 27:19:

“While Pilate was sitting on the judge’s seat, his wife sent him this message: ‘Don’t have anything to do with this innocent man, for I have suffered a great deal today in a dream because of him.’”

In his drama, “The Trial of Jesus” English poet and playwright John Masefield built a fictitious discussion based on this verse—a dialogue he imagined between the Roman centurion who was in charge of the crucifixion, and Pilate’s wife. Masefield has the centurion returning to report to Pilate that Jesus had been crucified and was dead. When Pilate’s wife sees the centurion she draws him aside and asks, “Do you think he is dead?”

Pilate’s wife is now more fearful than ever, and apprehensively asks the centurion, “Then where is he?”

The centurion answers, “Let loose in the world, where neither Roman nor Jew can stop his truth.”

When we say IT IS TRUE that Jesus is risen, many in our world will say, “I don’t believe it. That’s just a part of your faith, but not mine.”

We might be tempted to conclude that our modern generation is skeptical and lacks faith. But no, such is not the case. Faith and belief are alive and well—it’s just that they have been transferred to other sources of power than God.

It’s far easier and far more comfortable to think of Jesus as neatly tucked away in a tomb somewhere, because if he is risen that means he is alive. He died, but he didn’t stay dead.

Is it true that he is alive?

The truth is, as we read in 1 Peter1:3-4, The resurrection of Jesus gives us new birth—new life—into a living hope and an eternal inheritance that will never perish, spoil or fade.

Since it is true that JESUS IS RISEN you and I have a living hope beyond whatever best life we can find, build attain or hope for now—and our living hope will never perish, spoil or fade!

Since it is true that JESUS IS RISEN, he has conquered death and the grave, and he lives now and forever—and so can you and I! His resurrection changes everything, for the better, forever!

What is True Fellowship? 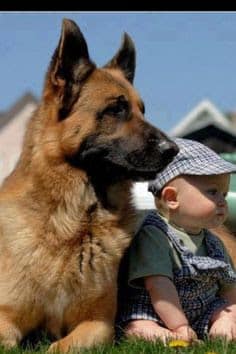