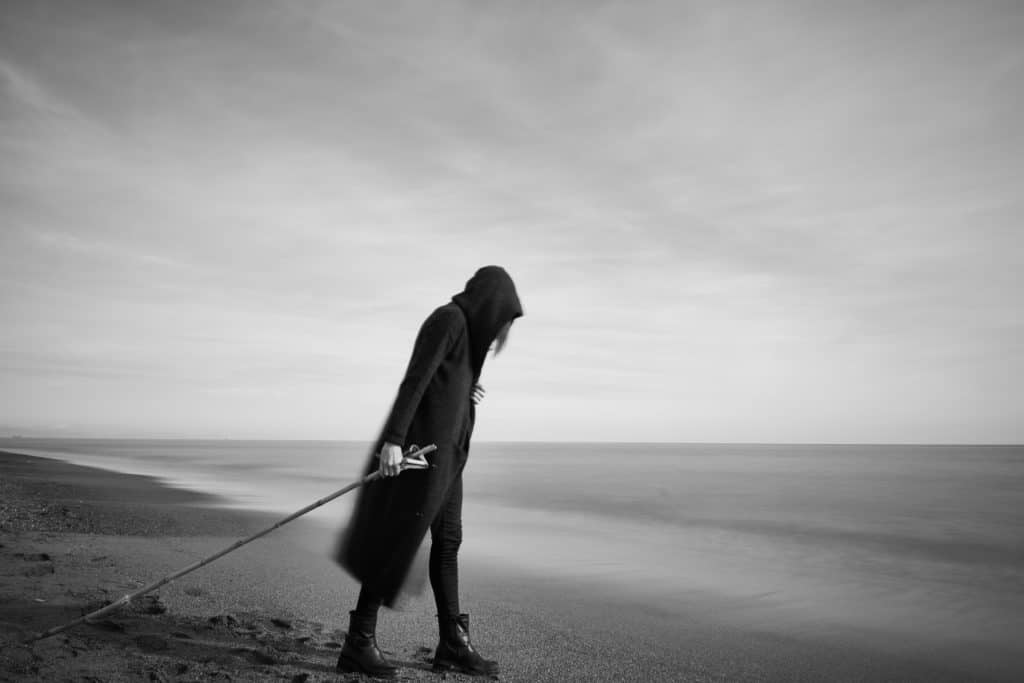 Do not let your hearts be troubled.  You believe in God, believe also in me.  My Father’s house has many rooms; if that were not so, would I have told you that I am going there to prepare a place for you?– John 14:3

Most of us have never been physically homeless, but all of us, at one time or another, find ourselves without a spiritual home.  We all, at some point in life, are spiritually lost.  Sometimes we enter the Father’s house but then we wander away.  We may come and we may go.  The door is always open.   No coercion.  No lockdowns.

Jesus says that the Father’s house has many rooms and that we all have a place there.   He invites us to believe this.   Believe God.  Believe Jesus.   Don’t be spiritually and emotionally troubled. If you are lost you can be found, rescued, delivered and given a home.   Don’t remain spiritually alone or abandoned.   Believe.

But the human tendency is to believe a spiritual void can be filled by a physical entity and with “things” – a building, ceremonies, rituals, dogmas, a calendar of activities and all that goes with it.  But that’s a snipe hunt.  We don’t build spiritual homes and rooms in the Father’s house – our spiritual home is his gift.  We don’t build a house for him – he builds a home for us.   No physical entity can claim to be the spiritual home offered to us in the Father’s house. Physical homelessness is a huge problem in Southern California where my wife and I live.   It seems that every day a new statistic is proclaimed to help describe and define this crisis.  Many have said that over 50% of all the nation’s homeless are now residing in the state of California.

If one lives near, works in, or travels through the metropolitan streets and freeways of California this crisis is a real and present one.  Shopping carts, which belong to a retail establishment, filled with earthly possessions of those who push them, are “parked” outside tents and primitive lean-to canvas and plastic-covered “dwellings.”   These temporary lodgings festoon urban landscapes in California.  Sidewalks and parking lots have become bathroom facilities for the homeless – they cannot “go to the bathroom” so they “go to the sidewalk.”

The governmental response has been that we, those of us who live with a roof over our heads, have a responsibility to build low-income housing for the homeless.  That will solve the crisis, “they” say.  Throw massive amounts of money in the form of new taxes at this crisis.

This is the same “they” who have said that the best solution for crime and criminals is to build more prisons.   No nation on earth has the per capita prison capacity as we do the United States…building more prisons has not solved crime.  In fact, it can be argued that crime has increased as prisons have increased.  Perhaps the increase of crime and increasing physical facilities for incarceration is incidental and not causally linked, but there is no question building prisons is not the answer for crime.

Building low income (or no income) housing for the homeless does not address the foundational problems behind homelessness.  Studies and surveys consistently demonstrate the majority of homeless are homeless because they are dealing with moderate to severe mental health issues, drug addictions and horrific abusive relationships. Many homeless people distrust society and laws and order and thus will not allow themselves to be known and confined in a building.  If plenty of homeless housing is constructed not everyone will come and many who do will not remain.  For a variety of reasons, many prefer the anonymity and relative safety of being homeless and will not be herded into a building.

Decades ago mental institutions provided state-funded therapy, food, a bed and medication for those in need.   But in their consummate wisdom “they” decided that such facilities amounted to cruel and unusual punishment.  Minimal mental health treatment facilities were diminished and downsized.  The state (in my case California) saved money then – now it wants more money to build low-income housing to solve the problem “they” caused.

People who used to receive free medication have been forced to self-medicate and find ways to fund the drugs purchased on the street to provide momentary relief.   This leads to crime and astonishingly, new and more lax definitions of crime because “they” realize enforcing laws will increase the prison population!  Enforcing many existing laws is now, in the midst of this crisis, regarded as cruel and unusual punishment.

Deteriorating mental health is a real and painful consequence of deeply embedded earthquake-like faults in our American society.   The accelerating mental health crisis combined with drug addiction suggests systemic shortcomings of the way we do “society” and “culture.”   It begs for a historical assessment of where we have gone wrong – but who wants to look in that mirror?

Yes, we have abandoned the homeless.  However, the crime of abandoning the homeless happened long ago when society greatly diminished a bed, meals, counseling, medication, supervision and medical attention so desperately needed by the abandoned, lost and alone.  Brick, mortar, nails and wood do not solve either physical or spiritual homelessness.  Love, grace, care, attention, service and human connectivity is a step in the right direction.

Spiritual homelessness trends in a similar, though of course not exact way as does physical homelessness.  Spiritual healing, help and medication – spiritual advice and therapy are available through many wonderful earthly organizations and non-profit institutions. Some churches, though sadly not all, are part of spiritual support networks.  But building more church buildings is not the answer for those who are spiritually lost and adrift and alone.

The ultimate answer to being spiritually lost and alone is found in the invitation of Jesus to receive a spiritual room in our Father’s house, a house not built by human hands. We all have, at some level and to some degree, spiritual mental health issues, for which we need healing.  We can be made whole by accepting the healing found in and through our Lord and Savior Jesus Christ.

Is there no balm in Gilead?  Is there no physician there?  Why then is there no healing for the wound of my people?– Jeremiah 8:22