Friend and Partner Letter from January 2023:

Therefore, if anyone is in Christ, the new creation is come:  The old has gone, the new is here!  2 Corinthians 5:17

This New Year of 2023 is a great time to remember that we, as Christ-followers, and CWR/PTM Friends and partners, are friends of Jesus and we are, by God’s grace, New Creations! God creates us as new creations out of what we were. He makes us “something” in terms of our spiritual worth when before we were, by comparison, “nothing.”

He finds us and we discover him, in the process we lose “the old” and we gain, by his grace, “the new”! We become new, which truly is something, by ceasing to be what was old, that which was nothing in comparison.

Whoever wants to be my disciple must deny themselves and take up their cross and follow me.  For whoever loses their life for me and for the gospel will save it – Mark 8:34-35

Just before saying this, Mark tells us that Jesus had told his disciples that he would go to Jerusalem and “suffer many things” … “be killed and after three days rise again” (vs. 31).

Peter wasn’t having any of that kind of defeatist talk. He challenged the logic of Jesus dying – that would be losing!

As Peter perceived it (indeed, how humans at large perceive it) the kingdom we are promised is filled with winning – with victory over obstacles and conquest over trouble and difficulty.

We hear a great deal of that kind of talk in Christendom today – but not enough about picking up our cross and following Jesus.

The kingdom of God, Jesus told Peter and the rest of the disciples, involves the entire world being turned upside down. If they wanted to achieve greatness and win in this life, then they were following the wrong teacher.

Jesus told the disciples and all who listened to him that the gospel was all about losing their lives for the kingdom because he was the only One who could transform them from the sick, dying and toxic world, both physically and spiritually, and make them NEW.

No amount of good works on our part can move us out of the old into the new. If our focus is on qualifying for the kingdom of God, then we are only digging a deeper and deeper hole of spiritual futility.

We become new, which truly is something, by ceasing to be what was old, that which was nothing in comparison.

Before Jesus – before grace – we were dead spiritually. Now we are, alive in Christ, as our risen Lord lives in us.

As Martin Luther said, “The law says ‘do this’ and it is never done.  Grace says, ‘believe in this,’ and everything is already done.”

The good news of the gospel of Jesus Christ is that the kingdom of God is a gift of God’s amazing grace, for those who surrender all, for those who trust in faith alone, grace alone and Christ alone.

We need not spend our lives in fear worried if we measure up one day, somehow, some way, barely squeak by the Pearly Gates into God’s kingdom of heaven.  We live by faith, not by fear! We live by faith in the Son of God, who loves us and gave himself for us!

We hear a lot of talk today about how people identify. They seem to think they have a choice to identify as someone other than who they are, whether that be in terms of gender or race.  The truth is we all have a choice as to how we identify, but the only One who can transform us from who we are into who we can be, in Christ, is God.

I prefer to speak of the high calling God extends to us as following Christ.  To use the language so common today, I identify… as a Christ follower.  That means I willingly lose all that I am so that God might transform me into a NEW CREATION.

We become new, which truly is something, by ceasing to be what was old, that which was nothing in comparison.

While I secondarily also identify as a Christian, the definition of Christian is so muddled and muddied – it’s so confusing and complicated – I favor the clarification that “Christ-follower” brings.  Unfortunately, in the minds of so many people, the name “Christian” brings many negative ideas to mind, and sadly, we realize those ideas are the product of many within Christendom at large.

For the same reason, I refuse to identify as a religious person, for I do not perceive my relationship with God as defined by things I might do to gain God’s love and acceptance and to maintain it.

I am an ir-religious Christ follower – what about you?
I am, by the words of Jesus, his friend (John 15:13-15) and so are you!
I also recall that our choice to “identify” as a Christ-follower is only because Jesus chooses us first (John 15:16). We do not find Jesus, he finds us. We do not impress Jesus with our goodness, he reaches down and scoops us out of the gutter, mess and pigpen of our lives and offers to cleanse us and transform us – if we will accept his transformation!

May we together join our hearts and our hands as we move forward into this New Year, following Jesus.  May we resolve to yield ourselves to him, to leave the old behind and be all that he has transformed us to be – NEW CREATIONS IN CHRIST!

May this New Year of 2023 be a wonderful year of serving in his name, as together we join our hearts and hands in the ongoing work of Plain Truth Ministries in proclaiming Jesus, the Center of our faith.

With grateful hearts we give thanks for beauty and majesty of the gospel, a mysterious (to the human mind) revelation of God’s love and grace.

With grateful hearts we resolve to move forward into this New Year, following the Center of our faith, who is Jesus, the One who holds all things together. Truly, in him we move and breathe and have our being!

Your fellow Christ follower and brother in Christ, 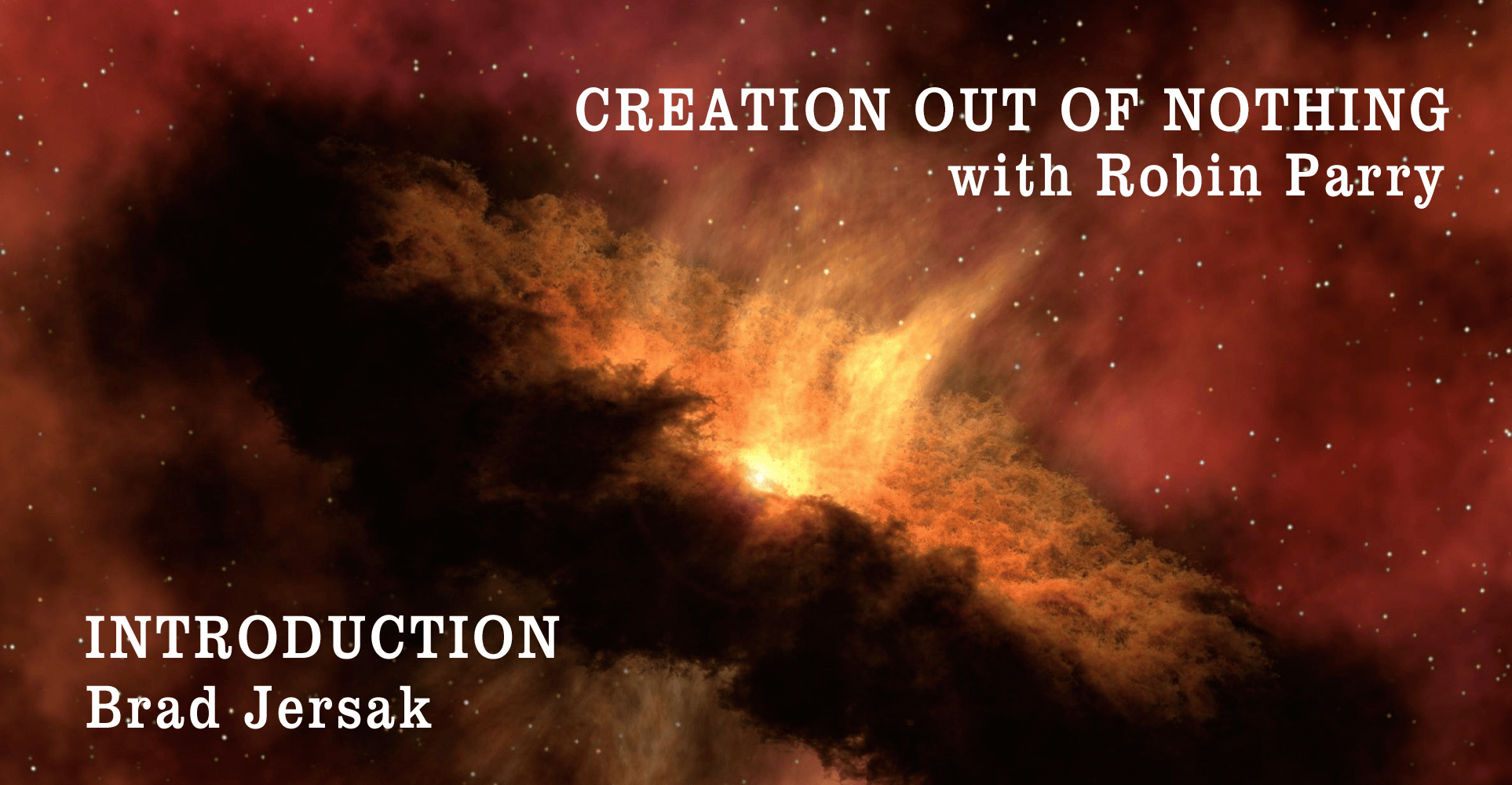 Creation Out of Nothing - with Robin Parry - Intro by Brad Jersak