Does Paul Young’s “The Shack” Teach Universalism? – Stuart Hazeldine (director of the movie) 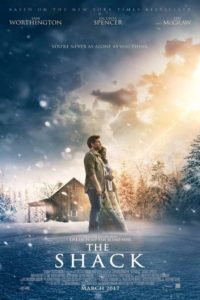 “Do you think The Shack book and movie promote universalism, as some of its critics allege? If you don’t believe it does, how does The Shack movie present the ultimate judgment and wrath of God?”

Paul Young is on record as saying he is a ‘hopeful Universalist’, for which there is much precedent amongst the early church fathers. And in a way, who isn’t? Does anyone not wish that ultimately everyone will see God for who He really is then lay down their sinful and selfish ways and embrace him? Does anyone actively want to see anyone else punished for all eternity? I certainly don’t.

God has given the authority to judge humanity to His son, and when Jesus was on the earth he didn’t spend a whole lot of time judging and condemning people. Mostly he spent it teaching, healing and forgiving people. We think we know what ‘judgment’ and ‘wrath’ means, that there is a common definition of those terms, but what if that is a human definition and God has a different definition? What if God’s ‘judgement’ is mercy, and what if his ‘holiness’ is love?

Many Christians who talk about God’s wrath and judgment are really talking about the God of the Old Testament and they are trying to square him with the God of the new so that both can be true pictures of God simultaneously, but that’s impossible. You can’t take a cheek for a cheek and turn the other cheek at the same time, you have to make a choice. I believe Jesus is the truest picture of who God the Father truly is, which is why He came not only to die but to live before He died: to show us who the Father really is in many different ways, so if Jesus tells me to forgive my enemies 70 x 7, meaning infinitely, I am personally going to trust that the reason I should do that is because it reflects God’s character, and shows the kind of judge He is – otherwise he is effectively saying ‘Do as I say, kids, not as I do’. I think The Shack takes that hopeful Jesus–centered approach to portraying the father’s heart and character too.  Some Christians may disagree with that and cite other scriptures to support their perspective on God, but I would hope they would at least acknowledge that there is a Biblical argument to be made on that score, and allow for that interpretation too without feeling the need to call it heresy.

Why Did Jesus Die? - Brad Jersak

Q&R - Does Christ 'deny us'? with Brad Jersak