A New Light on a Dark Friday Cry

My kids finally saw The Princess Bride, a movie their dad and I have loved since our college days. There is something wonderful about watching your favorite people watch one of your favorite films. In this case, the added bonus was observing the light come into their eyes as they discovered the origin of several quirky things their parents routinely say. “Hey!” they shouted with a shock of recognition when Westley first said, “As you wish”—a line they’ve heard their father utter hundreds of times. Vizzini’s “Inconceivable!” produced a similar response. By the time we got to the ROUS (Rodents of Unusual Size), our kids were grinning with the particular delight of cracking a previously mystifying code. They were in on the joke, and they liked it.

Language is much more than grammar and syntax. It is layer upon layer of collective memory and shared meaning, so that simple phrases like, “Houston, we have a problem,” “Et tu, Brute?,” “Remember the Alamo,” or even “Yada, yada, yada” can carry worlds of meaning. You can’t master a dialect without also learning the culture in which it is embedded.

In my quest to learn the “Gospel Language,” I have often been oblivious to the shared experience assumed by the biblical writers. Jesus and his earliest followers were Jews; they held in their collective memory a particular story of a particular people, loaded with mutually understood points of reference. When I’ve read the New Testament only dimly aware of the symbolic world of the Old Testament, I’ve barely skimmed the surface of an ocean of meaning.

Certainly, I’ve grasped that Jesus’ choice of 12 disciples has something to do with Yahweh’s calling of the 12 tribes of Israel. But until recently, I remained oblivious to the way his baptism and desert temptation evoke the foundational story of the Israelite Exodus through Red Sea waters and into the wilderness. I’ve been duly impressed with the Lord’s ability to command the stormy waters to be still (Matt. 8:26-27), but I’ve missed the Israelite shock at this man from Nazareth doing something that, according to the Hebrew Scriptures, only Yahweh can do. And although I’ve understood some of the significance of Jesus’ transfiguration right before the eyes of Peter, James, and John, I’ve forgotten that the Israelites had been waiting since the Exile for the Shekinah—the visible glory of the Lord—to return.

Maybe the most significant reference I’ve missed has to do with Jesus’ final words on the cross. That awful cry—My God, my God, why have you forsaken me?—has haunted my struggle to understand exactly what transpired (Matt. 27:46; Mark 15:34). Was Jesus, for a devastating moment, utterly alone and without hope? How that cry is processed has all sorts of implications for theology—not least for the way we conceive of the Atonement and of the relationality of God’s triunity. More personally, it shapes the way I perceive my own experiences of abandonment.

I’ve known, in a vague way, that with his cry Jesus was quoting the beginning of Psalm 22, a passage so familiar to his friends that to utter the first line would have been tantamount to reciting the entire thing. Psalm 22 is an anguished prayer of David, spoken as a godly sufferer awaiting deliverance. It’s the most frequently quoted Psalm in the New Testament. And its parallels to the Crucifixion are chilling:

A band of evil men has encircled me,
they have pierced my hands and my feet.
I can count all my bones;
people stare and gloat over me.
They divide my garments among them
And cast lots for my clothing. (vv. 16b-18, NIV 1984)

The psalm is so shot through with suffering, it’s hard to imagine any more appropriate reference Jesus could have made. But it’s essential to know that the only thing in Psalm 22 that runs as deeply and vividly as the speaker’s pain is his unshakable hope:

You who fear the Lord, praise him! …
For he has not despised or disdained
the suffering of the afflicted one;
he has not hidden his face from him
but has listened to his cry for help. (vv. 23a, 24, NIV 1984)

Both Matthew and Mark note that some of the onlookers misunderstood Jesus’ cry, mishearing the Aramaic word for “my God”—Eloi—as Elijah. I wonder if, in including that detail, they aren’t cautioning us to pay attention to exactly what Jesus is saying.

The Cross is a mystery, and no human should expect to understand it fully. But if we want to be conversant in the language of the gospel, we need to be able to say at least this: At Calvary, Jesus felt the deepest level of anguish ever known, and yet he could still, in his Psalm 22 declaration, point to the presence, faithfulness, and anticipated deliverance of his Father—the God of Abraham, Isaac, and Jacob, and the God of our salvation.

excerpted from Theology in Aisle Seven by Carolyn Arends 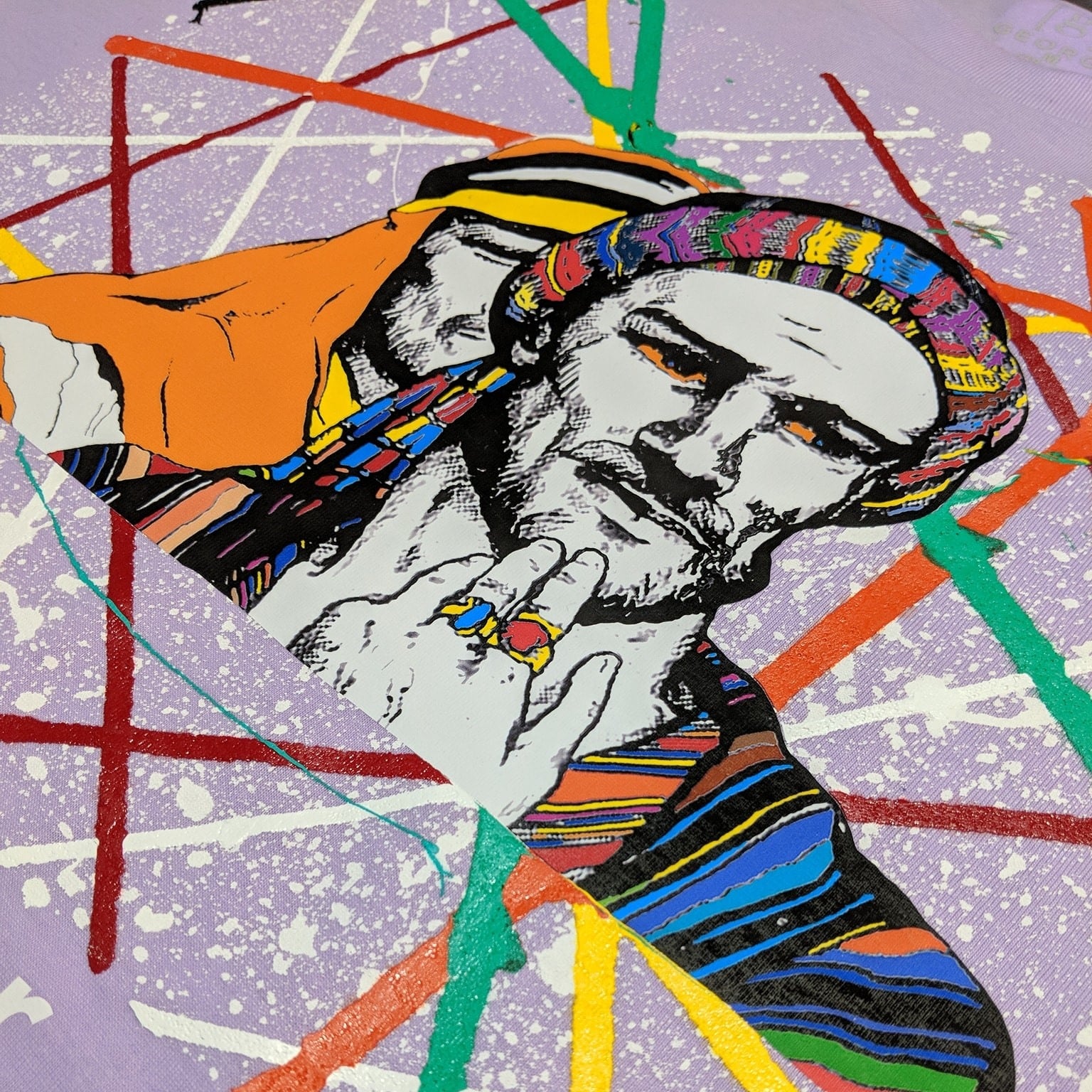 Q&R with Greg Albrecht - "How does the Bride of Christ make herself ready?"