I just listened to one of your sermons broadcast and after being with Plain Truth ministries for a LONG time, I was quite surprised when you said you didn’t know if Satan exists? The Bible says that God created the devil as the most perfect beautiful angel he could make, but because of his beauty he turned against God and persuaded 1/3 of the angels to go with him, he was thrown down to Earth.

I don’t know why I’m writing this. You’re more knowledgable than I am, or at least I thought you were. I’ve settled in my mind that Satan exists as an evil influence, and that as humans, we’re capable of evil but Satan with his influence makes things worse. That’s how I see it. I have read the Bible several times and I have seen numerous mentions of Satan in his different ways… I don’t want to start doubting Plain Truth Ministries!

We are delighted that PTM has been able to serve you for a LONG time – thank you for allowing us this privilege.   You say you were surprised to hear me say I don’t know if Satan exists.

Before answering your question I have listened to the audiotape and reviewed the manuscript of that sermon to which you have referenced – with due respect, it is misleading to assert that I said I do not know if Satan exists.   I said I did not know if the devil spoken of in Scripture is “real” or if that term/word (Satan, Lucifer, etc) is a symbol or metaphor of evil/unseen powers of this dark world/spiritual forces of evil (Ephesians 6:12).   Based on my reading of all passages in the Bible (as noted in the sermon) I do not believe that anyone can know such a thing, though I am aware that many dogmatically will proclaim they do (and castigate any who might disagree).

“Real” as understood by an overtly literal reading of the Bible would have us believe that God has arms and wings and that he is a rock.   “Real” would have us required to greet fellow Christians with a holy kiss and to gouge out our right eye or cut off our right hand if they offend us.  The Bible is not a collection of flat-lined instructions – it is inspired for us within literary genres and cultural/historical settings – and there are many from Genesis to Revelation.   For example,  many Christians realize that the parables of Jesus are not “real” in that there was no historical person specifically known as the prodigal son – indeed there have been and are tens of millions of prodigal sons.  The fact that we may not unearth the actual identify of a specific/”real” person named “the prodigal son” in an archaeological dig does not make Jesus’ teaching false or less significant.

I could continue with many other examples – because of its first chapter that paints a picture of the angels presenting themselves before the Lord, joined by Satan, I made a similar point in terms of the book of Job and what it teaches us in the sermon — but time fails me to cover all the many examples of how the Bible shares its message.

The sermon in question also provides a brief exegetical look at 1 Peter 5:8 which was our keynote passage, which again broadens the conversation about the topic you query.

Again, your assumption that I do not believe in evil/darkness or diabolical evil is erroneous – I did say in this sermon that I find the popular depiction of a literal, “real” Satan as a red devil-like figure wearing red leotards/tights, brandishing a flaming pitchfork, with a fiendish grin on his face to be superfluous to the discussion of evil/depravity and dark forces. Within the time limits of that message, I attempted to supply some background for what the Bible is affirming and what it does not specifically address, in terms of the devil/Satan/Lucifer. 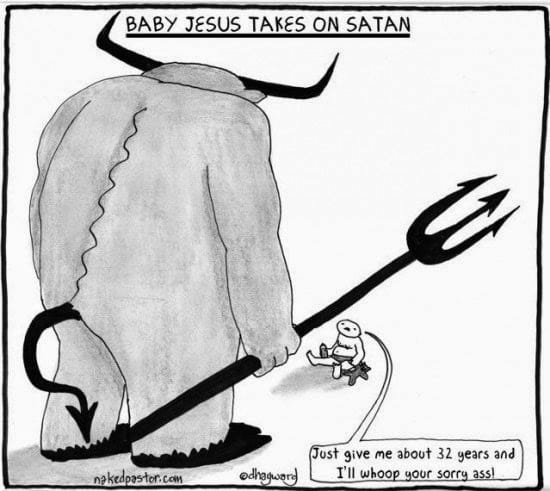 The Devil and the Problem of Evil - Greg Albrecht 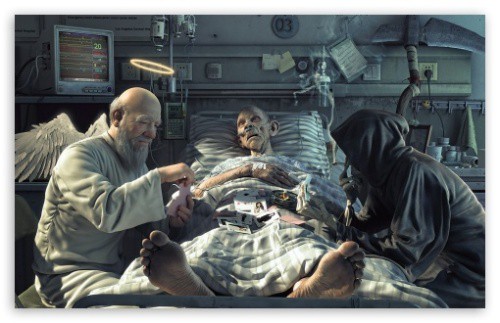 He's All In - Greg Albrecht

Q & R with Greg Albrecht - What do you think about "Deliverance Ministries"?