The Joker and the Thief – Henry Sturcke

An unusual LP appeared in stores just after Christmas 1967. The timing and lack of fanfare seemed a conscious counterpoint to the shopping frenzy that precede Christmas.

The LP, John Wesley Harding, confounded those who’d followed Dylan before this. Both lyrically and musically, the album stood in stark contrast to his previous release, Blonde on Blonde. After the dense verbal swirl of Blonde’s lengthy songs, these were brief and understated. And in place of a thicket of sound, we hear a voice, acoustic guitar, and harmonica, subtly supplemented by drums, bass guitar, and (on the final two tracks) steel guitar. It seemed not only a turnabout from Dylan’s own previous work, but from all the intricate psychedelia that had come out since. Exhibit A: Sergeant Pepper’s Lonely Hearts Club Band.

Major record labels timed new releases by their major artists for that season, and this LP would have been a marketer’s dream: the return to the studio after eighteen months of silence of Bob Dylan.

Although the foggy imagery was gone, what seemed on first hearing implicitly clear mystified on the second. Only with time and repeated listening could many listeners detect the interconnections between individual songs, the overarching themes that emerged, and the moral seriousness, even spirituality, they conveyed.

The most famous track is “All Along the Watchtower.” Jimi Hendrix began working on his own version the moment he first heard Dylan’s recording, and it became his best-selling single.

The song has three four-line verses and no refrain or chorus. The first two verses record a conversation between two figures: a joker and a thief. The joker complains of their situation, one with no exit. The thief urges calm. There may indeed be no escape but there is freedom nonetheless in taking life seriously (“there are many here among us who feel that life is but a joke”) and redeeming the late hour by speaking truthfully.

After a harmonica break, the song seemingly shifts to a different scene, with a different set of characters: princes, women, and foot servants. The scene ends with two riders approaching and a wind beginning to howl. Taken on its own, this seems more like the first minute of a film, before the opening credits roll, than the final verse of a song.

Dylan’s songs, like most good poetry, invite many different readings, and what follows lays no claim to be the definitive reading that unlocks what the song “means.” But whenever I hear the song, it evokes for me a scene that is, for believers, the most important event in history—the one on which all of human destiny turns. Literally, the “crux” of the matter.

For I am reminded of the conversation between Jesus and one of the thieves crucified by his side. The crucifixion was the ultimate seemingly inextricable situation.

Unlike the accounts in the Gospels, however, here it is the joker who seems at a loss, while the thief is composed.

What could Jesus and the joker have in common, beyond both beginning with J? A joker is delivered with every pack of playing cards, but doesn’t really belong to the deck. When it’s added to a game anyway, that changes the rules. It upsets the normal order of play. In a similar way, the Gospels show us that Jesus—although fully human—wasn’t really from here. Wherever he showed up, he often turned old certainties on their head.

Since he reminds me of Jesus, the joker’s lament over businessmen who “drink my wine” and plowmen who “dig my earth” (to plant grain?) suggests to me the Eucharist, instituted to commemorate Christ’s death.

Some suggest that the song makes more sense if one changes the order of the verses (shuffles the cards, one might say). By beginning with the final verse, they take the approaching two riders as the joker and the thief. An interesting idea, but if one sticks with the original order, it reminds me of a transition in a movie when the camera sweeps from a close-up of two in dialogue to a wider nearby scene. In this case, from a hilltop outside Jerusalem, where the crosses stand, to the city walls, where watch is kept.

Many have pointed to Isaiah 21:5–9 as a likely source of the imagery in verse three: “Prepare the table, watch in the watchtower, eat, drink; arise, ye princes, and anoint the shield” (verse 5). What does the watchman see? “And he saw a chariot with a couple of horsemen, a chariot of asses, and a chariot of camels; and he hearkened diligently with much heed” (verse 7). When the watchman reports this, he is told: “Babylon is fallen, is fallen” (verse 9).

This poetic cry, “Babylon is fallen, is fallen,” would be taken up in the last book of the Bible, Revelation (14:8, 18:2). The very name Babylon has become emblematic for powerful opposition to the will of God on earth.

Over and over again, throughout the course of history, we have witnessed mighty nations launch unprovoked attacks on the defenseless. Numerous have been those trapped with no way of escape. The juxtaposition of the joker and thief in just such a situation, reminiscent of the crucifixion, and the vigilant lookout speaks to me in a way that is in one sense threatening, and another sense hopeful. The might of Babylon may seem supreme, but it is only temporary. Two riders approach, accompanied by a wind that is only beginning to howl.

Henry Sturcke, born in New Jersey, studied photojournalism at Boston University and theology at Ambassador College, Pasadena. After stints as a correspondent for the Plain Truth in Brussels and Washington, he was ordained as a minister of the Worldwide Church of God, a strict fundamentalist sect living in expectation of the imminent end of the world. He served congregations in Canada, the U.S., Germany, and Switzerland before resigning and earning a Th.D. at the University of Zürich, after which he entered the ministry of the Reformed Church in Switzerland. In addition to parish work, for many years he taught Old and New Testament to students of church music at the Zurich University of the Arts as well as courses on applied liturgy for ministers and candidates for ministry. He has remained active in church work in retirement, although he enjoys having more time for reading, writing, and enjoying his grandchildren. 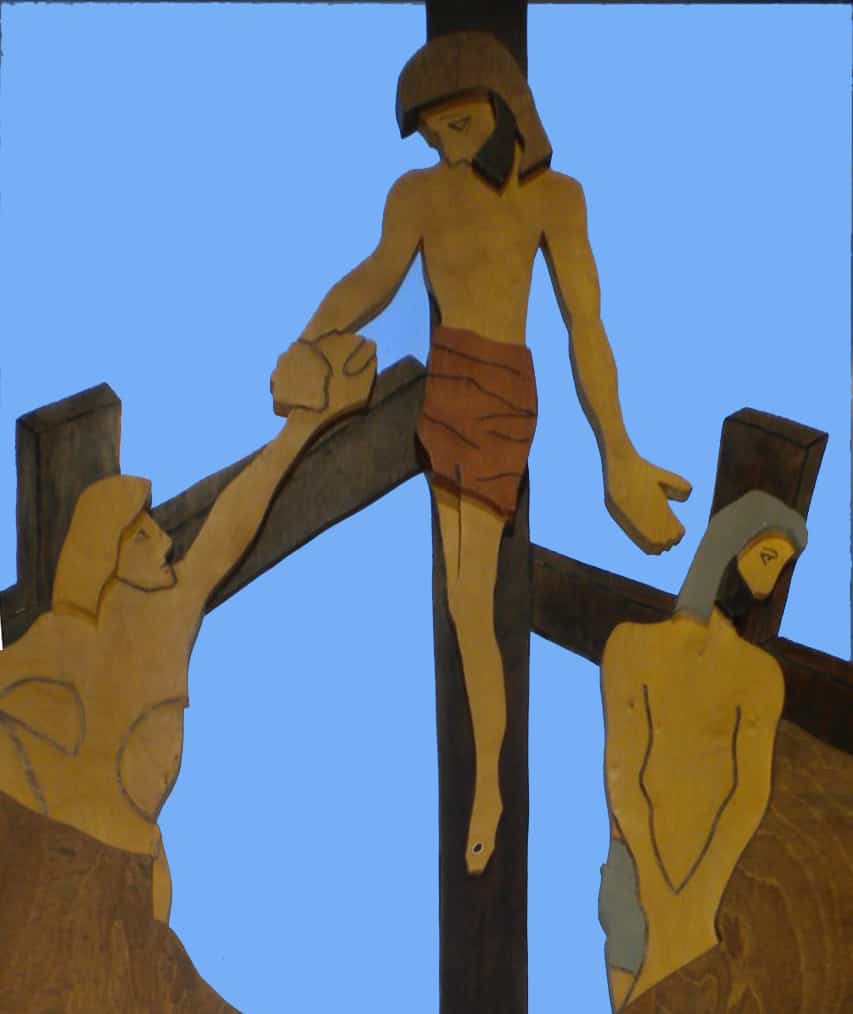 That hopeless (?) other thief - Brad Jersak