The Kingdom of Service – Greg Albrecht 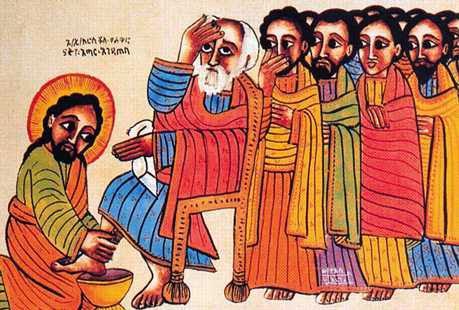 by Greg Albrecht
Also a dispute arose among them as to which of them was considered to be greatest. Jesus said to them, “The kings of the Gentiles lord it over them; and those who exercise authority over them call themselves Benefactors. But you are not to be like that. Instead, the greatest among you should be like the youngest, and the one who rules like the one who serves. For who is greater, the one who is at the table or the one who serves? Is it not the one who is at the table? But I am among you as one who serves. You are those who have stood by me in my trials. And I confer on you a kingdom, just as my Father conferred one on me, so that you may eat and drink at my table in my kingdom and sit on thrones, judging the twelve tribes of Israel.
—Luke 22:24-30

Who are you? What one adjective or phrase best describes who you are? The first answer given by most people who are still in the work force would be their occupation: “I’m a plumber—a school teacher—an accountant—a salesperson—a bus driver.”
It is true that much of our identity in our 21st century western world comes from our work, but there are other ways of thinking of yourself. Who are you?
Let’s presume you aren’t allowed to answer the question “Who are you?” with a word or term that indicates your occupation, career or vocation. What other answers might be volunteered? Some might say that they are a husband, a wife, a father or a mother. Still others might respond by saying that they are Irish, Italian or Chinese. Some might say that they are a stamp collector or a bird watcher or a fisherman.
This is not a trick question. I’m not trying to embarrass you, but rather to focus your thoughts. For those who are in Christ, for those of us in whom he lives, there’s another designation I’m looking for.
When the New Testament writers started their letters (the old word is epistles) they said:

One of the amazing things about the life of Jesus is that while no one else deserved to be served by others more than he did, he came not to be served, but to serve. Amazing!
The time setting of our keynote passage in Luke 22 is the eve of the crucifixion. Here, on the eve of Jesus’ greatest passion, his greatest sacrifice, his greatest act of love, indeed, his greatest act of service, we would like to think that all of the disciples were sobered, prayerful, supportive of and encouraging Jesus.
None of that. They were arguing about who would be the greatest in the kingdom. They, in spite of all of Jesus’ teachings about the primary emphasis of his kingdom, as being a spiritual kingdom, a Kingdom of Service, they were still thinking about physical kingdoms with land, property, possessions and status. They were focused on their glorious future as big-shot leaders and about who would be “in charge.”
So on the eve of the crucifixion they were fighting about who would be the biggest muckedy-muck in the kingdom.
Jesus must have rolled his eyes at all of this, uttered a deep sigh, and said “Hey guys, listen up…”
CLICK HERE to read the rest of this article.
Please share:

The Kingdom of Service