The only way through, is toward – Paul Young

Many of you know that one of our sons is a Portland, OR, police officer. He has a Mechanical Engineering degree, graduated top of his class with an MBA, and chose to serve and protect as a career. He has four children, all under thirteen years of age. He is down in the area where he and his fellow officers are being spat on, shot at with by slingshots with ballbearings, have feces thrown at them, constantly have their lives threatened, have to protect their identities to protect their families and worse, by rioters, some who are paid to incite violence.

Portland is a city where the city leadership has cut the legs out from under the police, dismantling the incredibly effective gun violence squad (since then shootings are up over 350% from the same period a year ago). Portland is well known around the country as one of the Nation’s most progressive police enforcement bureaus. Are there cops who overreach or shouldn’t be in uniform…of course. Like there are pastors, dentists, scientists, businessmen, politicians, actors, etc. Should police be held to a higher standard? Yes, and they are. Do problems exist in the training etc? Yes. Is there a bias in media that slants the message toward whoever has the loudest voice and is the biggest bully? Undoubtedly.

I support non-violent protest. Is there racial inequity, the hoarding of opportunity, and deeply rooted problems that impact POC (people of color) in ways it doesn’t others? No question. Good for the exposure of the pain and loss and corruption. However justifiably angry you are, solutions don’t include burning down the house and anyone who says that it does, is losing their soul in the mask of personal rights. At some point we must recognize our own shame and brokenness and remember we belong to each other, every sacred one of us. The only way through is toward.

Meanwhile, we pray for our son, for our grandchildren and the fear that sometimes catches them unaware, for the rioters and those with fear or power driven agenda, for they too are loved by God, and also for the many who are concerned and confused and trying to do the best they know how in a world that has suddenly turned uncertain, and then there are those mourning the loss of their dead, for whatever reason, but many who cannot grieve face-to-face, or hand to heart, or arms wrapped…last goodbyes whispered through plates of glass.

I trust there is a Divine Love that is in the middle of us all, working with our hearts and minds to help us find a way out. The only way through, is toward.

Wm. Paul Young is the author of The Shack and Lies We Believe About God. He is also releasing a new novel, The Pastor: A Crisis, on Sept. 1, co-written with Brad Jersak. Paul and his wife Kim live just north across the river from Portland, OR. 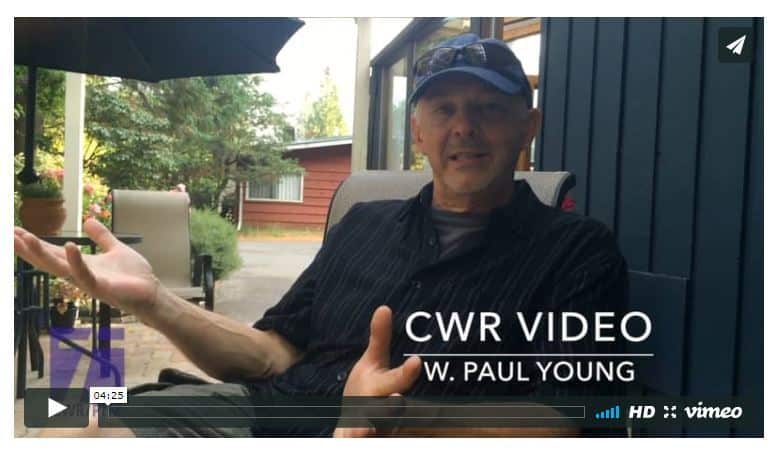 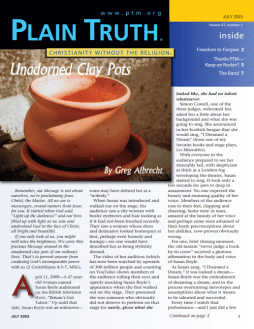 Why Did Jesus Call a Woman a Dog?