God Is After You – by Greg Albrecht 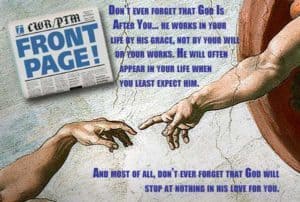 Moses was born into slavery. Freedom was a foreign concept to his people, the children of Israel who lived in bondage in Egypt. The Hebrews had no idea what it would be like to be free.

Like many oppressed minorities throughout history, the Hebrews started to out-populate the majority power. The population explosion of the Israelite slaves was becoming such a problem that the Egyptian king, called the Pharaoh, decided that all male babies had to be killed at birth so that the Hebrews would not eventually out-number the Egyptians.

In one of those unexpected turn of events in which God seems to delight, God used the very family of Pharaoh, who was killing all the Israelite boy babies, to preserve the life of Moses. God was taking care of Moses from the very beginning—he had something in mind for him. God was after Moses.