The Law, the Psalms and the Prophets forecast it.
The Gospels and the Epistles allude to it.
Ancient Christian hymns, liturgies and poetry announce it.
It permeates both Eastern and Western theological tradition.
It even has its own line in the Apostles’ Creed.

But only recently has Christ’s conquest of Hades caught the attention of moderns. It’s so central to the gospel message that its omission requires correction.

The same events go by various names—the great descent, the harrowing of hades, Christus Victor. But they all refer to the narrative that culminates in the resurrection of Christ before dawn on Easter Sunday.

Here are the bare facts of Easter weekend as I’ve heard them:

That’s all we know. Or so I was taught. But in truth, the apostolic tradition dug deeper, gathering and interpreting their Scriptures and leaving us with this critical extra piece: “He descended into hell” (Latin: Inferno). When? Here’s the order:

He suffered under Pontius Pilate,
was crucified, died and was buried;
he descended into hell (descendit ad inferos)
on the third day he rose again from the dead;
he ascended into heaven…

Translators like to swap in hades or death or the grave, which is all fine but doesn’t get to the heart of the matter. The early church regarded this descent as far more than Jesus being entombed or visiting the place of the dead. They regarded it as Christ’s victorious rescue mission into the kingdom of darkness—“hell” if you like. This is our Lord’s great conquest of the underworld in which Satan is bound, defeated and his captive souls rescued.

The great descent is also called a “harrowing,” not because Christ uses a rake, but because his arrival in hell creates distress for death’s wicked warden. Satan’s reign is over. And then, the King of Life who descends through death also ascends from death, shattering its gates. And he’s not alone! He doesn’t merely leave an empty tomb. Christ leaves the ruins of hades itself, leading its prisoners to freedom—the ultimate exodus.

But that doesn’t make the story untrue. Rather, Christ’s victory is real, told as a theological narrative woven from the Scriptures and proclaimed as gospel truth. What is that gospel truth?

First, that in Christ’s death, the power of death is broken. You don’t need to be afraid of it anymore. Death cannot separate you from the love of God and in fact, death as non-being or perpetual torment no longer exists. In Christ, death has become a doorway to eternal life.

Second, that in Christ’s resurrection, we have the assurance of our resurrection. That he’ll raise us up with and to himself.

And third, our rescue from hades and entry into eternal life don’t await the next life or coming age. The gospel is preached today for today. Whatever hell or hades or darkness you experience now … that’s where Christ comes. He descends into our “waterless pit” or “dark abyss,” whatever form that takes. And the eternal life he won is not merely heaven someday when you die. It’s fullness of joy (or life to the full) in this life.

If you’re like me, that’s not a magical snap of some genie’s fingers. I wasn’t given a happy pill at my baptism. It’s a daily journey within the loving grace of a friendship—a living connection with Life himself. But I can testify that despite my circumstances, my melancholy, my haters and my screw-ups, I experience the resurrection (repeatedly) in this life.

Regardless of your faith (and even if you have none), if a deeper living connection is your desire too, may I encourage you to pray a simple prayer? Here’s one: “Find me. Amen.” Or “Yes, please.” Or, “I’m dying here. Help me.” Whatever resonates. And then watch for him. “Christ plays in ten thousand places.” Pay attention. Rinse and repeat.

Have a joyous Easter season. He is risen. 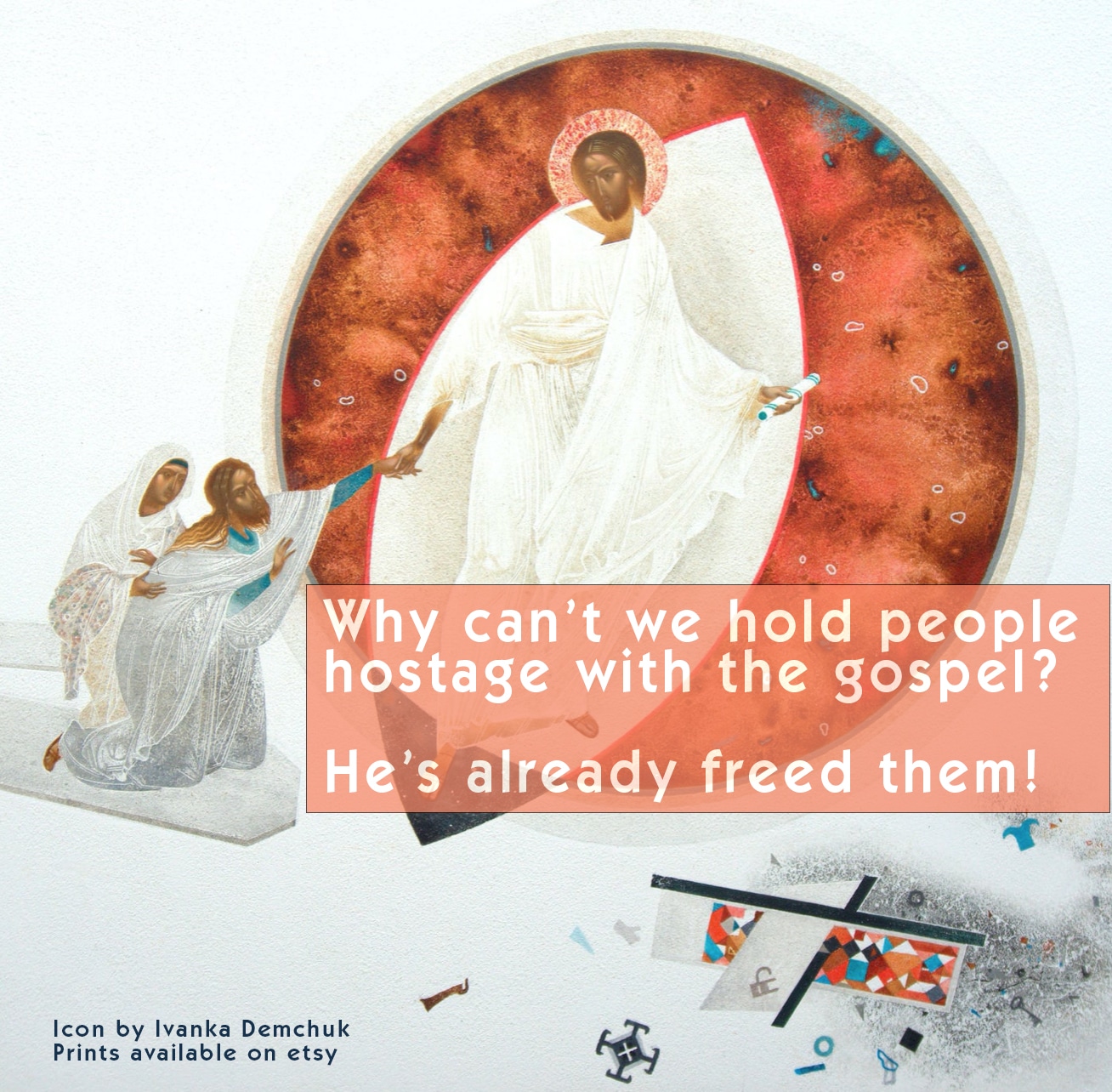