Jesus: More Than a Man – by Greg Albrecht 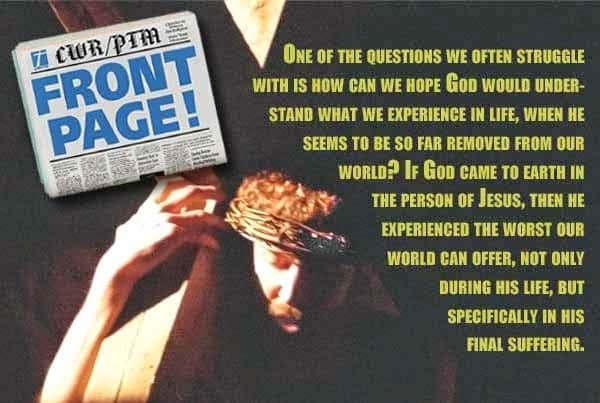 When Jesus came to the region of Caesarea Philippi, he asked his disciples, “Who do people say the Son of Man is?” They replied, “Some say John the Baptist; others say Elijah; and still others, Jeremiah or one of the prophets.” But what about you?” he asked. “Who do you say I am?” (Matthew 16:13-15).

More than two thousand years ago, Jesus asked his closest disciples the same question that he has asked humans ever since. Who do you say that I am? The answer his disciples gave then, and that you and I give today, radically determines the direction of our lives.
Even those who have been skeptical of the claims that people have made of Jesus have been overwhelmed when they stopped to carefully examine his life.
One of the most famous Christian philosophers of the last century was C.S. Lewis, a professor of English at Oxford University in England. Schooled in the scholastic disciplines, he was an agnostic who denied that Jesus was anything more than a man.
But as he studied the person and words of Jesus, he also gradually came to the conviction that Jesus was more than just a man. Over the years he became one of the greatest Christian thinkers, writing many books, including Mere Christianity.
C.S. Lewis was not the only one who discovered that the evidence for determining the true identity of Jesus is found in looking at the uniqueness of Jesus. What made that one solitary life, lived so many years ago, so very different?
To read the rest of this article, CLICK HERE.
Please share: