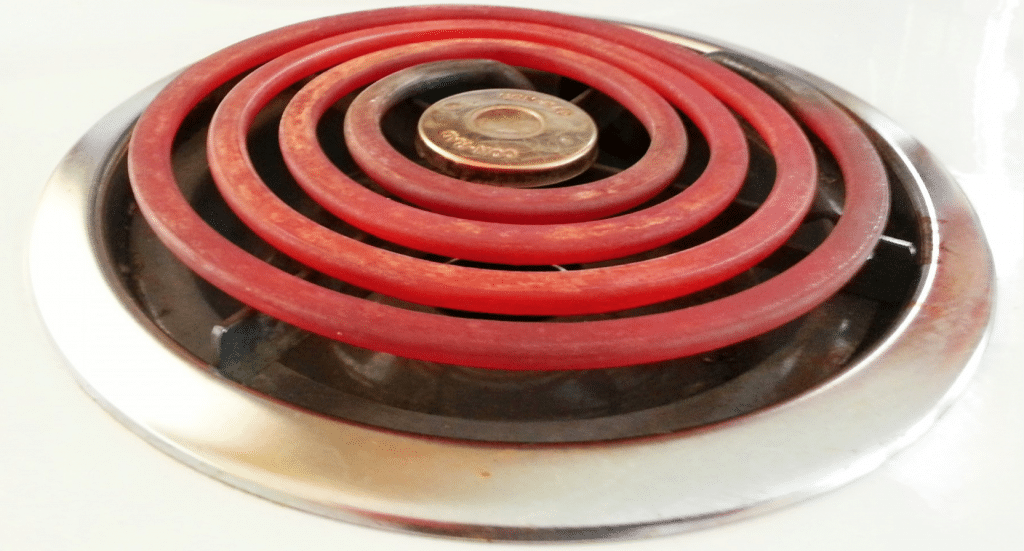 The Lord God commanded the man,
“You are free to eat from any tree in the garden;
but you must not eat from the tree of the knowledge of good and evil,
for when you eat from it you will certainly die.”
—Genesis 2:16

“If you’re right hand causes you to stumble, cut it off.”
—Jesus Christ

I know these memories are vivid visual reconstructions of early childhood emotions rather than video footage of exact events. I know, for example, that the oven was never where I see it in my head. And it’s very likely that Irene Jersak, my beloved mother, said nothing of the sort. But while the facts may fail to find their way through the haze of five decades, the truth is a clear-flowing stream. Here is the truth:

It is therefore surprising to me how often adults who read Scripture stumble into these common errors:

How [the hell] did we ever get from “Don’t burn yourself today!” to “I’ll burn you forever!”?

I’d like to blame Jonathan Edwards, with his “Insects roasting over an open fire” revivalism, but honestly, these disastrous inferences emerged much earlier in the human drama.

“Where are you?” – Hiding from Mom

Back to my memory. Later that day, I committed both a mistake and a sin.

My mistake was in assuming the stove would only burn me when the stove was set to “On” and only while the element was red. My sin was that I presumed to touch it at all after Mom had said “Don’t.” When I ventured the forbidden touch, it was my first experience with a burn. I had no previous experience with how deep a burn could go, or and that it wouldn’t stop burning when I stop touching. This was a new reality to me—I was shocked and terrified.

In addition to the pain, I must have also experienced guilt and shame because my first instinct was NOT to cry out or to run to my mother. Instead, I forced myself into silence and ran off to hide. Why would I do that? Had Mom ever given me the impression that when I was suffering, she was someone I needed to hide from—someone who would harm me?

And yet we see how this was exactly how Adam and Eve act after eating from the wrong tree. They had ever only known God as the Friend who provided them with Paradise and walked with them as an intimate Companion in the garden.

Yet, when they grasped for autonomy and ate the poison of knowledge through self-will, what happened? Their eyes were opened, saw they were naked and felt shame. And from that shame emerged a false image of God. No longer their loving Father, YHWH now assumed the character of someone to fear, to hide from and, no doubt, the source of death.

Had God ever done anything that even remotely warranted such a blasphemous inference? Not at all. They fabricated their new conception and hideous projection of divine punisher from God’s loving warning tainted by their shame and the dust of death (i.e. their fear). In their deluded minds, alienated by self-deception, God was now the death-dealer.

“While still a long way off”
—the Abba who Jesus revealed

Eventually, I came to my senses and ran to my mother. She scooped me up into her harms and quickly took me to the kitchen sink, where she ran cool water over my fingers for a long time. It felt SO good. She then carefully applied a wonderful healing balm that may have come via Auntie Florence’s new discovery of a miracle cure—freshly cut Aloe Vera. Then came swathing bandages of clean, bright white gauze and, happily, cuddles from my auntie and consolation (not shaming or rebuke) from my mom.

When the prodigal son finally ventured home after being burnt on his own self-centeredness, he did not find what he expected. He did not need to plead for pity or a servant’s quarters. He had disowned his father, but his father never disowned him. He discovered the joy of his father’s arms who ran to him while he was still a long way off.

This is the truth of Abba that Jesus came to show us. The God we imagined in our guilt and shame was a slanderous misrepresentation, an idol constructed of human fear. The son not only recovered his place in his father’s house—his broken image of Dad was also repaired and he was reconciled to his father’s welcoming arms. No need to run, no need to hide, no need to fear.

Human compassion for little Adam, little Eve and little Bradley says, “Don’t hide from Mom! Run to her as quickly as you can!” And while Jesus’ first listeners were scandalized by Jesus’ forgiving Father, we know enough to say, “Don’t hide from Papa! Run to him as quickly as you can!” And then, even in the first impulse to head home, we find God is already running to us—living water, aloe gel, clean gauze and a warm embrace ready to give.

Does it offend us that Jesus issued frightening warnings about the consequences of our rebellion? When we are rushing into destruction, is it enough that he said, “Woe to you! This insanity will be the death of you!”? Do we always have to repeat the error of inferring that parental warnings make him an angry and punitive ogre?

Or do you think he should have said, “Look, it’s really no big deal. In the end, you’ll find your way back home, I’ll forgive your sins and heal your wounds, and all will be well.” Well, he often does hint at exactly that (as in the parable) … but I will leave you with these principles of interpreting divine warnings: 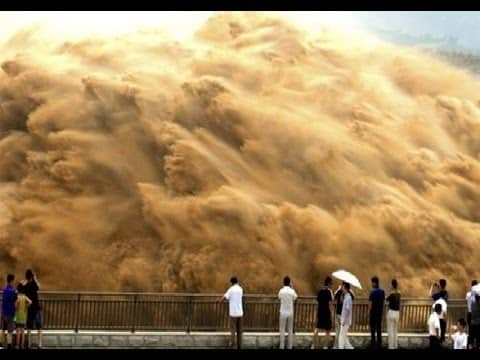