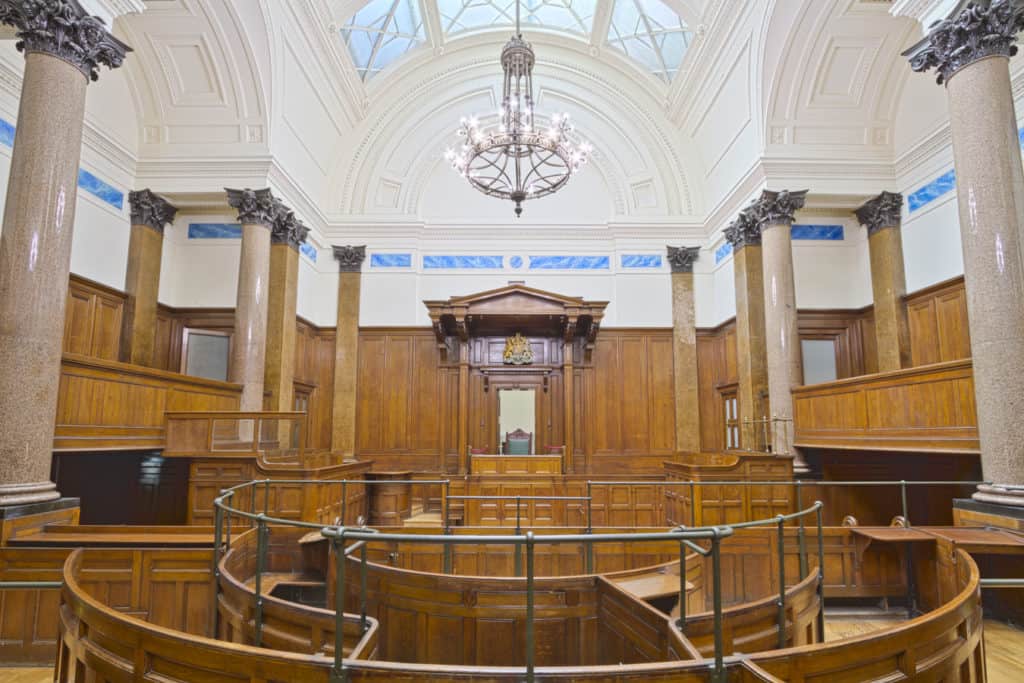 I’ve been reading through Romans and am just having a hard time *not* seeing consistent affirmations of PSA (penal substitutionary atonement) and the forensic view of “justification” and “righteousness.” But I’m aware that this is because of my background, and I’m trying to unlearn it. I know that you’re able to read Romans in a completely different way and I’d like to learn how to do that.
I’m aware of some concepts, like N.T. Wright’s “New Perspective,” but have a hard time seeing them as I actually handle the text. So I was wondering if you have recommendations that would help me handle Romans differently?

The issue is the very powerful juridical lens that redefines Romans’ key words through the courtroom metaphor. As long as you assume those definitions, you won’t really be able to shake loose from the juridical or contractual models. For example:
Wrath: In the juridical model, wrath is when God punishes our sin. Is that how Paul describes it?
No, in his apostolic mind, Paul contrasts wrath as the wages of sin vis-a-vis grace as the free gift of God. Wrath, for Paul, is the way sin harms us, infects us, binds us. It is the very consequences from which God seeks to rescue us. Yes, Christ comes as Judge, but not first in the modern legal sense, but more in the biblical Jewish sense of Deliverer (see the book of Judges).
Justification: In the juridical model, justification is usually reduced to a verdict of “not guilty” declared by God after Jesus has been punished for your guilt in your stead. You were guilty, God punished Jesus for your guilt, now you are not guilty. Is that how Paul sees it?
No, in his apostolic mind, justification is about restoration or rebalancing–if we want a modern metaphor, why not think about how we justify margins of a document. For Paul, justification is far more than an abstract legal declaration in some heavenly courtroom. It is about establishing God’s kingdom on earth and restoring a shalomic community in which the Gentiles are now included in God’s blessings. To justify is literally “to make right.” How? By punishment? No, by the mercy and forgiveness of God revealed on the Cross when we crucified his Son, when God raised him to life and when he enthroned him as Prince of Peace.

Righteousness: In the juridical model, righteousness is this imputed status where God considers you not guilty because he sees Christ’s righteous life instead of your sin, regardless of one’s actual life. Because God already punished your sins in Christ, you can be declared holy without ever needing to participate in the empowering grace that transforms us.
In Paul’s apostolic mind, righteousness (also translated just or justice) is who God is and what the grace of the Holy Spirit is doing in us through faith. It’s the righteousness not just imputed but imparted to disciples growing in love through the indwelling grace of Christ-in-us that is transforming us into Christlike people from the inside out. A faith orientation of trust in and surrender to the loving care of God opens our hands and hearts to his righteousness IN us (not OUT there somewhere in a gnostic legal transaction).

Redemption: In the juridical model, redemption is transactional. It’s a payment through violence that allows God to withhold our deserved punishment (since he already did that to Jesus). What a reduction of the term mercy! IF, that is, you accept it. If not, you still have to be punished (double indemnity!) OR he didn’t really die for you (limited atonement).
In Paul’s apostolic mind, words like redemption and ransom are rooted in his Jewish backstory, where through Moses, God redeems, ransoms or delivers Israel out of bondage to Pharaoh in Egypt. Moses didn’t pay Pharaoh to redeem God’s people; he actually plundered Pharaoh’s gold and some of his people. For Paul, redemption not paying off God with death; it is God’s rescue mission, whereby Christ enters our abyss to free us from bondage to death and leading us into life.

Reconciliation: In the juridical model, reconciliation is that after you accept that Jesus was punished instead of you, you’re now welcome into God’s kingdom. That is far from the apostolic gospel as laid out in Romans.
In Paul’s mind, reconciliation (and new covenant) is not contractual or transactional. It is how Christ renews our relationship with God in the classical biblical metaphor of a spousal relationship! It’s the wayward Bride coming home. When you read covenant, don’t think contract — think patriarchal care or marital relationship. Reconciliation is coming home as Hosea’s wife did or as the Prodigal son did. The ministry of Christ was to bring humanity back to God in him, despite our enmity at the Cross.

All of that to say, I think the first step in reading Romans rightly is letting go of the late-coming definitions of lawyers who force-fit Paul’s words into their theological puzzle so we can rediscover the terms Paul used in light of their Jewish biblical backstory of redemption, where the Exodus and Exile become archetypes for what God in Christ has done for the whole world.
Please share:

In Need of Grace - by Greg Albrecht