Question from a reader:

I have searched at least 7 articles about Hell from the www.ptm.org search button. There is absolutely no mention of Mark 9:42-50 in any of the articles. There are many scriptures that are addressed about Hell but not this particular one. I know it not to be true but it almost seems that it is intentionally ignored. I so look forward to your response.

I can’t remember if I’ve included a discussion on Mark 9 in my books ‘Her Gates Will Never Be Shut’ or ‘A More Christlike God,’ but it’s certainly not a passage I would shy away from intentionally, since it is quite an amazing anomaly in the NT and well worthy of meditation. In fact, I did so for about a year before coming to the conclusions below:
Here is the text in blue, along with my own notes in black as I go. I will use the NASB since it is the most literal translation we have of the Greek and tends not to delete words that other translations though we unnecessary (but are critical to our understanding).

42 “Whoever causes one of these little ones who believe to stumble, it would be better for him if, with a heavy millstone hung around his neck, he had been cast into the sea.43 If your hand causes you to stumble, cut it off; it is better for you to enter life crippled, than, having your two hands, to go into hell,

hell here is a translation of the Greek word, gehenna, (or from Hebrew, Valley of Hinnom) which was literally the valley south of Jerusalem that a long history of destructive fire: (a.) the prophets of Molech burned children there – 2 Chron 28:3, 33:6 (something God never even thought to do – Jer. 7:31); (b.) Josiah, whose name means ‘fire of God’ burned up all the altars and priests of Molech in that valley; (c.) when Jerusalem would be destroyed by both Babylon and later, Rome, the bodies would be dumped and burned in that fire because there were too many to bury; (d.) the valley would be a burning garbage dump as a memorial to Jerusalem’s destruction; (e.)  gehenna would ultimately be restored into a garden holy to the Lord (Jer. 31:40).

So for Jeremiah, hinnom or gehenna, is not an afterlife judgment, but generally refers to the literal destruction of Jerusalem by foreign armies. And perhaps Jesus thinks of it this way quite often too, since he either cites or alludes to every chapter in Jer. where hinnom is mentioned. Certainly it informed his thinking.

However, between the Old and New Testaments, some Jews who had been in exile in Babylon had assimilated some of the Babylonian mythology had came to think of gehenna as an afterlife judgement of fire, and made that popular through non-biblical books like Enoch (which isn’t even consider apocrypha). By Jesus’ day, then, gehenna could be thought of as either destruction because of sin in the world (the Jeremiah tradition) or an afterlife judgement (the Enoch tradition). While I think Jesus follows Jeremiah very consciously, he does seem willing to engage the popular usage … but often to subvert it. Nowhere is this more clear than in Mark 9.

into the unquenchable fire,’

This too is a phrase directly from Jeremiah 7:20 and 17:27 and is very overtly a memory of Jerusalem’s destruction. So I think the default mode for Jesus’ use of gehenna does need to be the fall of Jerusalem to Rome in AD 70. In effect he is saying, if you don’t repent and follow the Jesus way of peace, the city and its temple will be destroyed again just as in Jeremiah’s day! The fire won’t be extinguishable; the place will be burned right to the ground and the people will be ashes.

This part of the text is from the end of Isa. 66 and is puzzling because Isaiah says it’s in the New Heavens and the New Earth, which Evangelicals often associate with the eternal state after the final judgement and Lake of Fire. Moreover, the beginning of the verse says, ““Then they [the inhabitants of the New Jerusalem] will go forth and look on the corpses of the men Who have transgressed against Me. So the worm doesn’t die and the fire isn’t quenched, but we don’t see souls in eternal conscious torment. Rather, they are simply corpses. So Jesus is identifying gehenna, not as the conventional hell we’ve often imagined, but that same valley outside Jerusalem, where the corpses have been left in a fire that continues.
That said, whatever this gehenna fire is, it is clear that he associates it with judgment … or at least acknowledges that they do. In fact, in Mark 9, although he using phrases from Jeremiah and Isaiah that seem to be about the literal destruction of earthly Jerusalem, he also treats it as a destination to be avoided and contrasts it with Kingdom of God — a destination we prefer to enter:

So in context, perhaps we must consider that Jesus also has in mind the Enoch tradition:
that gehenna does represent the popular understanding of 1st century Jews who really did think of it as ‘hell’ — although for them, it typically had a time limit of 12-18 months, after which the damned would either be freed or consumed (based on a text from Zech. 13).
Now let’s suppose this is true. If the listeners understood Jesus to be referring to an afterlife hell, Jesus himself now radically subverts their understanding:

49 “For everyone will be salted with fire

Jesus has just warned them against entering the fire three times back to back, and he’s just talked about two destinations: the kingdom of God or the fire that can’t be quenched, but using the connecting word, “for” he says “everyone” will be salted with fire … not just the wicked, not just the outsider, not just the unbeliever: everyone. And everyone then includes the elect, the saved, the people of God! (1 Cor. 3 will later confirm this, in which we all pass through the fire so that wood, hay and stubble (our false selves) is consumed while gold, silver and precious stones (our true selves in Christ) pass through and are purified. No one is exempt from this fire.
And now a second surprise:

He’s just warned us against entering the fire, then he says we will all be salted with fire, and now he says, in effect, but wait: salt is good! Why is the salt good? Apparently the salting of fire is good because it purifies … as you get with the refiner’s fire of Mal. 3:2-3.
And now it not only seems good, but necessary:

but if the salt becomes unsalty, with what will you make it salty again?

Have salt in yourselves,

So now we find out that the salt (still connected to being salted by fire) should be in us. It’s not just an external destination we go to after we die; it’s an experience we’re to have within us right now while we’re alive. In fact, it’s a command: HAVE this salt, on purpose, within you in the here and now. What could this possibly mean?
Jesus began with the language of gehenna from Jeremiah and Isaiah (that was about earthly destruction by foreign enemies that would result in death) — then he adopted Enoch’s apocalyptic re-interpretation of those verses as an afterlife judgment in hell — then he completely subverts with his own vision where the fire is: (a.) inclusive of everyone, (b.) good / purifying, (c.) intentional, (d.) immediate in this life, and (e.) internalized in the heart.
And then, very oddly, pairs it with this practical advice:

and be at peace with one another.”

What an odd thing to say. I believe they must be connected. How so? On the one hand, if they do not follow the Jesus Way of peace, they will opt for the way of self-destruction that will bring down Rome’s wrath to destroy the city and they will (again) literally wind up in the actual gehenna valley all over again. Indeed, this is exactly what would happen.
But if they do follow the Jesus Way of peace, their hearts will be salted with the purifying fire that consumes malice, hatred and violence from their hearts. They will learn to say no to the demands of the ego and the old self will be consumed while the new self shines forth.
As you can see, the passage is complex and simply imagining it as a straightforward affirmation of the conventional doctrine of hell as eternal conscious torment would require quite a surface scan of the text. That said, I am not suggesting that Jesus downplays judgment or that he is saying ‘don’t worry about it.’ Rather, he seems to be counseling dramatic proactive strategies by (symbolically) ‘cutting off’ anything in our lives that would lead to self-destruction and by intentionally internalizing the refiner’s fire (in the here and now) that purges us of the stuff in our hearts that needs to go.
Amazingly, the early church came to regard this internal fire as nothing less than the love of God, rather than self-loathing, etc.  When the fire of the  love of God is welcomed in, anything that is actually ‘hellish’ in us is consumed and then we need not fear the destructive fire, but rather, enjoy the Kingdom of God within us.
Again, a complex passage, but worthy of meditation.

P.S. Readers may also be interested to know the George MacDonald wrote a book entitled, Salted with Fire. 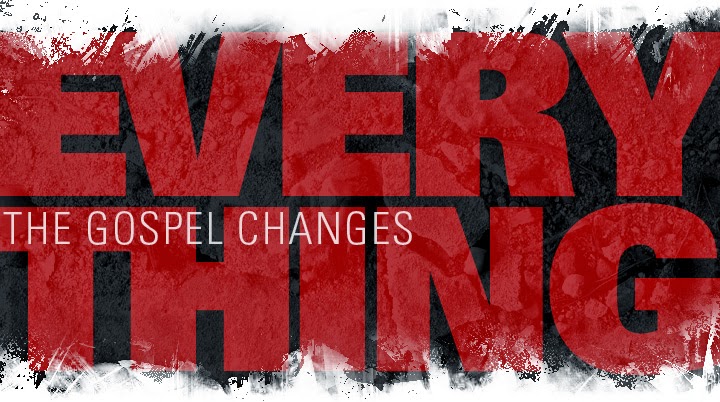 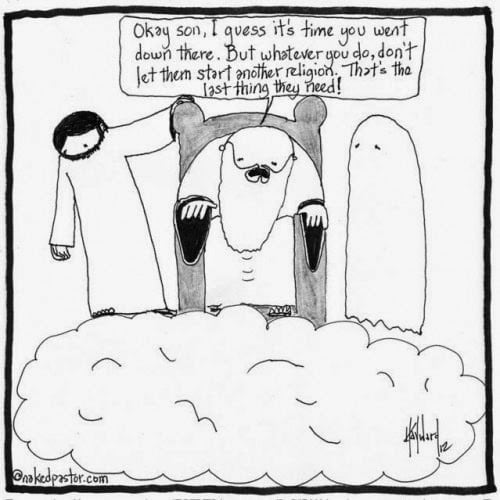