Q&R “Is the Spiritual Realm more Real than the Natural Realm?” with Brad Jersak 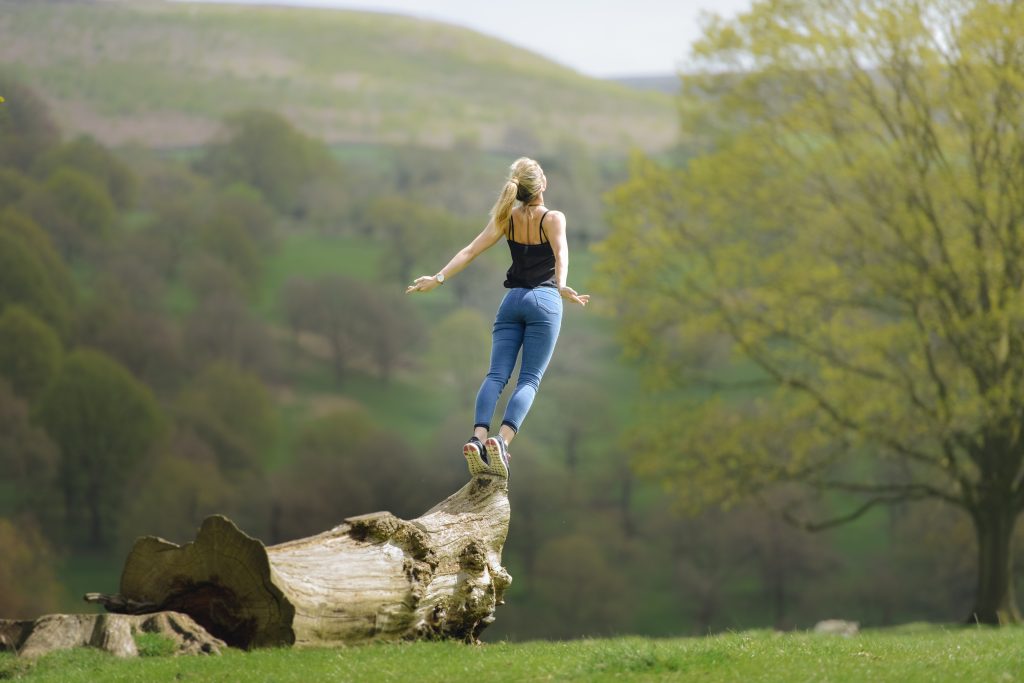 How would you respond to the statement, “The spiritual realm is more real than the natural realm”? My home church has been influenced a lot by that theme through certain charismatic ministries. They emphasize spirit over nature and parse out spirit, soul and body in a hierarchy of functioning. It all feels a little too much like Hogwarts.

Both these statements affirm something important but invariably over-steer into a sort of neo-Gnostic dualism, which I’ll explain below.

First, nearly every conceivable theological mistake seems to begin with an important truth understood wrongly. So let’s begin with the truth. What is true about these statements? Both the one you cite and also Chardin’s?

First Truth: Material reality is not all there is.

The worldview of Christ, his prophetic predecessors and his apostolic successors was not materialistic. They acknowledged the reality of a spiritual realm above, behind or within the material world. They believed in God, though he was invisible; in spiritual beings, whether angelic or demonic; and in the spirits of departed people, whether in the heavens or beneath the earth. While Christianity has developed beyond the literalism inherent in that worldview, it nevertheless says that there is more to reality than meets the eye. We are not strict materialists.

This is especially true of people. We are more than biological factories. We are more than the sum of our primate parts. We believe that to be human includes more than a body. Whatever we call the immaterial aspects of our humanity — the soul and/or spirit, the mind and/or heart, conscience and/or consciousness — to be a human involves natural AND spiritual dimensions that both faith and science have trouble grasping.

The statements also indicate that despite appearances, our assumption that the material world is “denser” than the spiritual world is somehow not quite right. I’m not speaking literally.

Rather, I’m thinking especially about biblical texts such as the book of Hebrews we hear that the temporal earthly temple was merely a shadow of the eternal heavenly temple. The author almost sounds like Plato, and indeed, may have been a Christian convert from the Platonic Judaism of Philo of Alexandria.

Later, in chapter 11, Hebrews speaks about the substance of faith in God’s promises that had not yet materialized. I don’t purport to understand the substance of immaterial faith, but clearly, the promises of God were a reality to those who hoped in them even apart from their fulfillment.

And while it’s important to avoid the hard anti-material dualism of the Gnostics, we also want to acknowledge the dualities in biblical statements such as:

There are so many Scriptures like these that affirm the reality of a spiritual or heavenly realm that is more than temporal and more than material and, therefore, also in some way ultimate relative to the natural plane. So to be charitable, you can see how your charismatic friends and even Chardin are trying to hold that truth in play in the context of our incredibly materialistic society. This is especially important for Christians to remember when being consumed by consumerism and an obsession with the stuff of the worldly kingdom.

And yet if feels to me that these statements overcompensate and may swerve wildly into the other ditch.

First Error: The Spiritual Realm is Divorced from the Material Realm

Earlier, I referred to the ancient (or not so ancient) heresy of Gnosticism. While there were an array of complex pseudo-Christian Gnostic streams that became especially influential in the second century, many of them seem to have divorced the spiritual realm from the material realm, or at least wanted to. I’ll have to generalize here. They would have seen the heavenly kingdom as entirely separate from and out of sync with the material world.

The Gnostics also seemed to believe the material realm was intrinsically evil, nothing that a Holy God would directly touch. Before I critique that notion, let’s say that it’s not entirely without justification, even biblically … but that they’ve drastically misunderstood important words and ideas.

For example, as we look around, we see a certain corruption at work in the world and in people. To them, 1 John 2:15-17 seem to make perfect sense:

See? The “world” and everything in it is bad and will, of necessity, pass away! So too “the flesh” as Paul sees it in Romans 8:

As you can see, the “plain and literal reading” of the text seems obvious: the world and the flesh are evil. No?

No. We need to understand that by “world,” John is not referring to the world that God created (“and it was good”) or the world of people that “God so loved … that he gave his only Son” (John 3). The “world” we’re to avoid is the world system  hostile to Christ. It is comprised of corrupt societies that traffic in greed, injustice, oppression and moral darkness. According to Paul, we are to be “in the world but not of the world.” That is, we live in our communities without participating in the practices and systems that destroy communities.

So too with “the flesh.” Surely the “flesh” that cannot enter the kingdom of God does not refer to the material “flesh” of our humanity, since God the Word “became flesh” (John 1:14). In fact, Christ not only became “human” … he became “flesh” in the sense of entering fully the human condition to restore and redeem it. He dignified the “flesh” by uniting with human nature fully.

So the “flesh” that Paul derides is not the flesh of our humanity, but rather, his way of speaking of our egoism and its demands. To be spiritual is, contra Chardin, NOT over against being human, but against the cravings and darkened desires of the fallen human mind. Indeed, to become spiritual is to have the Spirit give LIFE to our mortal bodies, not to degrade them as evil. We should have kept reading Romans 8:

10 But if Christ is in you, then even though your body is subject to death because of sin, the Spirit gives life because of righteousness. 11 And if the Spirit of him who raised Jesus from the dead is living in you, he who raised Christ from the dead will also give life to your mortal bodies because of his Spirit who lives in you” (Romans 8:10-11).

Third Error: The Goal is to Transcend & Escape from the Material Realm

Finally, you can see how the dualism that divorces spirit and matter and degrades God’s good world and our fleshly bodies as innately evil would lead the Gnostics to a theology of escape. But it’s not just those heretics of old who dabble in anti-material escapism. A few examples come to mind … I’ll mention three:

1. Left Behind rapture theology:  As a young dispensationalist, we didn’t have much hope for this world. We were intent on escape via “the rapture,” hopefully next week, definitely in our lifetime. And we foresaw nothing for the material world but the degradation of the society and humanity into a global empire led by the antichrist, culminating in Armageddon and followed later by the consumption of the universe in fire.

2. Charismatic supernaturalism: I have no doubt that the apostolic church was charismatic and supernatural in the truest sense. I am convinced that the Holy Spirit is alive and well, active in our lives and continuing to move, speak and heal. I’m an eye-witness and occasional participant.

But there is a brand of supernaturalISM that feels very escapist to me. Rather than embracing our fleshly existence as the venue where the kingdom comes on earth as in heaven or the Word becomes flesh and dwells among us, it becomes obsessed with all things flitty, ethereal and abstracted from real life. It sings, “Let your glory fall on this room” and then instead of seeing that glory in the face of their brothers and sisters, or in the poor and the broken, squints its eyes hoping to glimpse angel feathers, glowing orbs and whisps of shekinah smoke.

Worse, it continually tries to evade the messy human condition, inventing a theology of denial that can’t accept lament.

In his book, Surprised by Hope, N.T. Wright reminds us that the biblical vision does not end in a heavenly realm divorced from this world as disembodied spirits. Rather, he says, the gospel foresees the restoration of this world and the resurrection of our bodies. Granted, we will apparently be immortal and spiritual, but nonetheless somehow embodied humans enjoying a tangible reality engaged with the five senses.

I would point out to Wright’s disciples that he does not deny the reality of heaven or paradise as such. That is, Hebrews 11-12 is not wrong to speak of the “cloud of witnesses” of departed saints 12 or “the spirits of righteous men” worshiping now at Mount Zion. For Paul, “to be absent from the body is to be present with the Lord” and John the Revelator sees myriads of souls worshiping at the Lamb’s throne. As Jesus said, we worship the God of the living such that he believed Abraham, Isaac and Jacob are somehow alive and Moses and Elijah could appear with him on Tabor.

So, while we still await the final resurrection and our telos as immortal and embodied humanity in the reconstructed universe (this universe, according to Revelation 21), we know death involves a beatific vision in the presence of God. But also, let’s not imagine that the goal is escape from our bodies into a permanent cloudy by-and-by.

So, is the spiritual realm more real than the natural? What does “more real” even mean if 1. both are real and if 2. God encompasses and indwells both and 3. unites them in himself? While the kingdom of heaven (i.e. God) creates, sustains and reigns over the earthly realm, it’s not helpful to think of the material realm as unreal or separate or evil. It’s been dignified by its very creation, by the incarnation and by God’s intention of its ultimate restoration.

And, are we spiritual beings having a human experience? Our “human experience” is not a mere episode in the life of a supra-human spirit. Humans ARE both spiritual and embodied by nature and by grace. There is nothing unspiritual about being human and in fact, the most spiritual thing about us IS our humanity. To be spiritual by grace is to become more truly human. 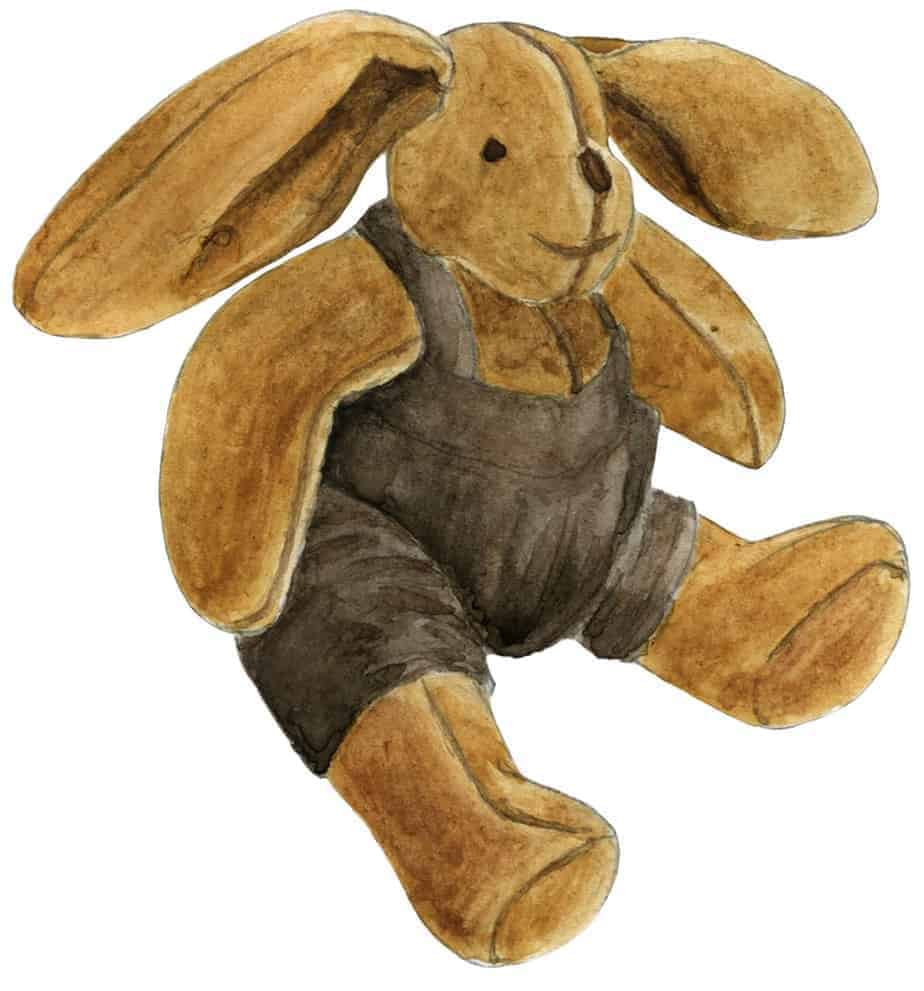 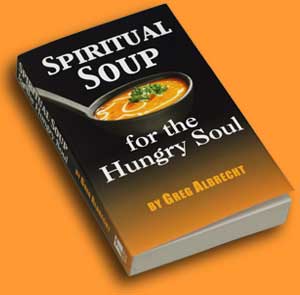