Q&R with Brad Jersak – “How do we harmonize the Bible’s judgment and redemption texts?” 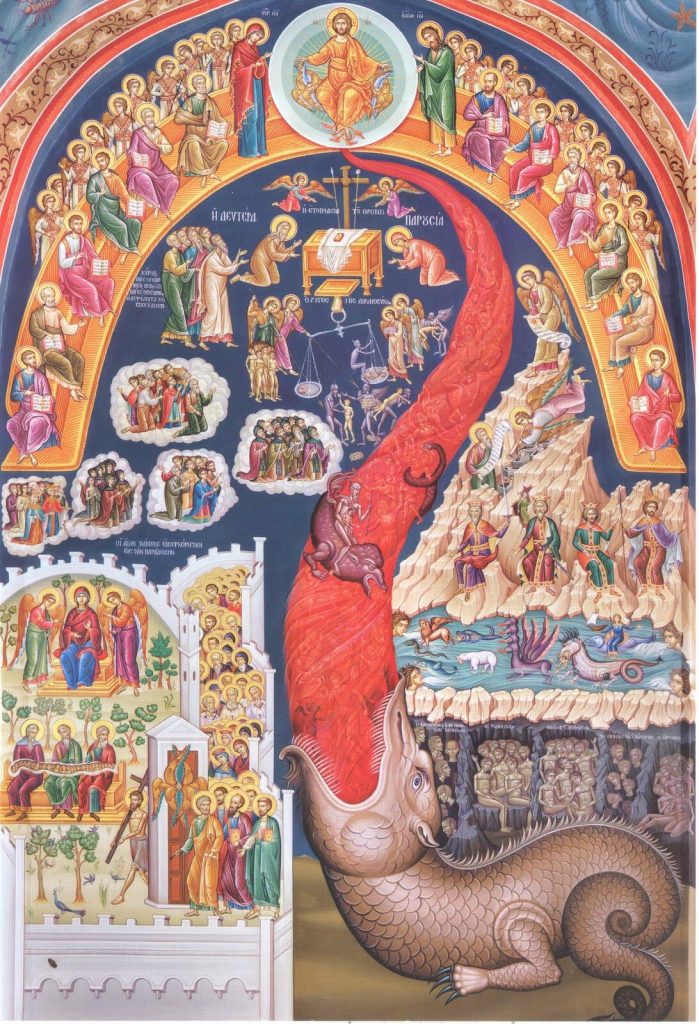 How do we best harmonize the Bible’s ‘eschatological’ texts? Some described unmitigated judgment and permanent destruction for the majority of the human race, while other passages seem to announce the redemption of everyone in the end. How do we hold both descriptions together? Can we? Or are these really contradictory?

Yes, it’s true: those who pay very close attention to the actual words of Scripture note how difficult it is to reconcile its unmitigated judgment texts with all-encompassing redemption passages.

who pay very close attention to the actual words of Scripture note how difficult it is to reconcile its unmitigated judgment texts with all-encompassing redemption passages.

Currently, I see two thoughtful approaches that take both seriously. I would not regard classic eternal conscious torment among them, ignoring or perverting as it does, the many New Testament statements that foresee the possibility or promise of ultimate redemption.

One solution is to see the two sets of texts as describing two possible paths, neither of which is predetermined. In this model, the judgment of sheep and goats is not a prediction of a certain end but rather, a crossroad set before us today. This “two ways” theme is reminiscent of Psalm 1, continues through the Sermon on the Mount (broad way / narrow way) and culminates in the two cities of Revelation. Instead of forecasting the future, Revelation asks which kingdom we’ll offer our allegiance today: the beastly world empires or the New Jerusalem kingdom of God. In other words, neither the destruction texts nor the inclusion texts describe an inevitable end at all—they are only eschatological in the sense that they plant us in the ‘valley of decision’ today. In that sense, the judgment and salvation described are not contradictory texts at all—they are mutually exclusive paths that lie before us. Distilled to their bottom line, they say to us, “Choose you this day…”

The second approach is to read these texts as descriptions of consecutive eras across the grand narrative of redemption. The “ages” described in Scripture include (i) “this present evil age” (Eph. 6), (ii) “the age to come” (aionion) and (iii) “the end of the ages” (or simply “the end,” described in 1 Cor. 15:23-28). [Note: for Christ-followers, in a sense, “the end of the ages has come” – 1 Cor. 10:11, Heb. 6:5). The “age to come,” in this view, is a time of judgment and restoration, where the cosmos is in process and all things are being summed up in Christ. Thus, any of the final judgment and destruction texts are slotted during or at the outset of “the age to come.” The “age to come” includes the dismantling of the old world system, the purification of humanity and “the restoration of all things” where Christ “makes all things new.” The so-called “universalist” or “ultimate redemption” passages anticipate “the end of the ages,” when that work is complete, all evil ceases and God is “all and in all.” Said another way, judgment and restoration are penultimate and age-bound (2ndlast) and then redemption is ultimate and eternal.

For my part, I believe these texts can and perhaps must be read in both ways. That is, the way of destruction and the way of life both start today, with real-life choices and their consequences. But also, the drama of redemption is heading somewhere, through judgment and to salvation. Both these realities seem to be intrinsic to the two types of texts in question, without spinning or negating either of them.