Q&R with Brad Jersak: What if you’re wrong about hell? 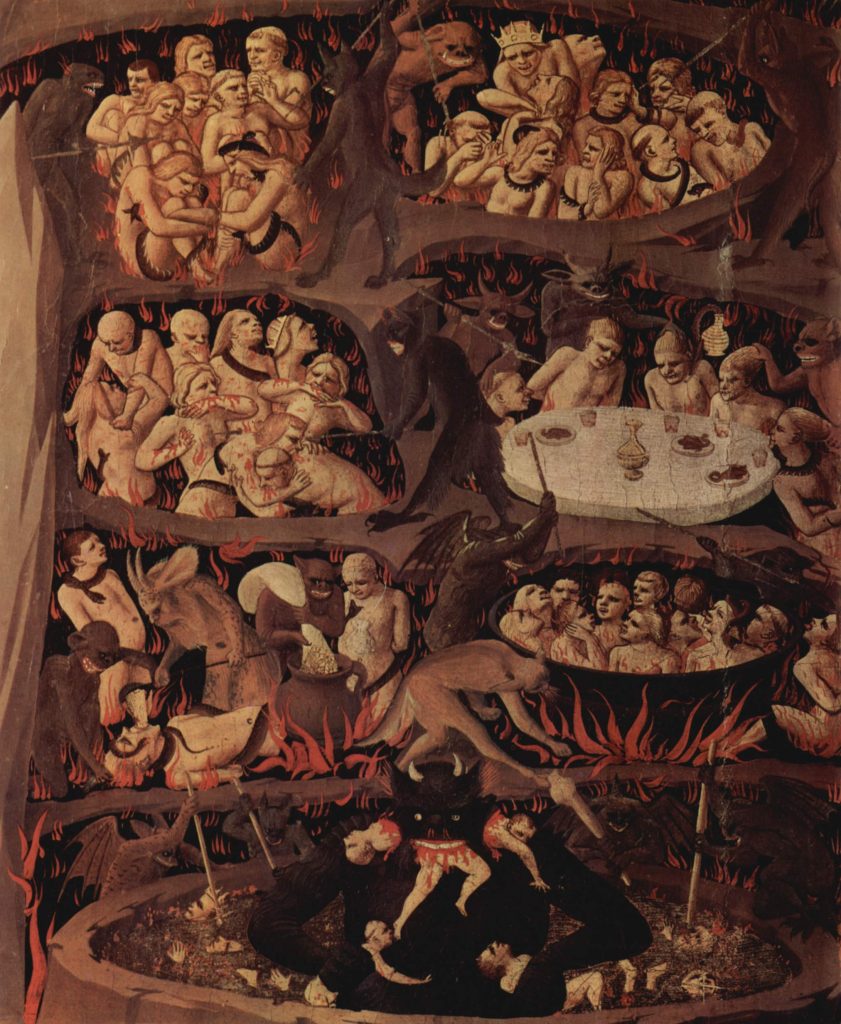 Recently, in response to my rejection of the hell of eternal torment, one of my readers offered a fairly common objection: “I hope you’re right about that. BUT if you’re wrong about hell, then a lot of people will go there … and it will be your fault. Wouldn’t it be better to play it safe just to be sure?”

The following response was adapted from a much longer essay from Clarion Journal, titled, “Let’s Talk about Hell BETTER or “If You’re Wrong, a Lot of People Will Go to Hell & It’s Your Fault” by Brad Jersak.

This high stakes objection is worthy of a careful response.

But for the sake of our wager, let’s say it was. Let’s say that gospel did work. And let’s say Edwards was completely right: that hell is eternal conscious torment and salvation is Jesus’ way out of the white-hot wrath of God. Let’s say eternal conscious torment is the clear and present danger. If so, then we need to determine which gospel will BEST save people from that fate.

Here’s the troubling news: preaching eternal hellfire no longer scares people into Jesus arms. Statistically, it creates atheists by the millions. If you’re truly worried about people going to hell, then you had better NOT mention it, because such preaching is among the top stated reasons why people now reject Christ.

This is a fact in the 21st century: people today reject the good news of Jesus Christ when we import hellfire preaching into our gospel. They do this because:

So, if you are truly afraid that people will go to hell, DO NOT tell them about it. But my suspicion is that the greater fear is that we ourselves might go to hell if we don’t get it right, even if we cause others to reject Christ through our hellacious threats.

How to Talk about Hell Today

If we’re going to talk about hell in the postmodern era, here are three tips to bear in mind:

So, my question is, how do we best talk about hell in the 21st century? Is there an appropriate way to share the gospel and talk about hell that is faithful to the Scriptures? I propose that, given the vast selection of biblical images we could draw from, we should choose one that is both central to the teaching of Christ and relevant for our current culture. In other words, if we must speak of the final judgment, we have numerous choices … will it be Jeremiah 7? Or Matthew 25? Or Revelation 20? We are free to choose the version that maximizes God as love, Jesus as Savior, and uses love rather than fear as the motivator. I propose we adopt John chapter 3.

Jesus’ conversation with Nicodemus provides a beautiful gospel of God’s love, one not based on the afterlife: no promise of heavenly bliss or threat of eternal hell. Nothing is deferred. Instead, for the Jesus of John’s tradition, “eternal life” is experienced now, in this life: “Now this is eternal life: that they know you, the only true God, and Jesus Christ, whom you have sent” (John 17:3). This “eternal life” or “life more abundant” (John 10:10) is not a someday reward for believing the right things about Jesus. It is “fullness of life” now, experienced by knowing the Father and his Son by the Spirit, from the moment we (re)turn to the Light.

In John 3, Jesus doesn’t threaten us with forthcoming retribution for failing to believe in him. Rather than using the word “hell,” he opts for terminology that says we are already “perishing” and already suffering “condemnation” in our alienation from God’s life, love and light.

As the conversation with Nicodemus climaxes, watch how Jesus addresses the human condition as an “already” problem, not imposed by an angry God as punishment but as the very real and present consequences of turning from the Light of Love:

16 For God so loved the world that he gave his one and only Son, that whoever believes in him shall not perish but have eternal life. 17 For God did not send his Son into the world to condemn the world, but to save the world through him.18 Whoever believes in him is not condemned, but whoever does not believe stands condemned already because they have not believed in the name of God’s one and only Son. 19 This is the verdict: Light has come into the world, but people loved darkness instead of light because their deeds were evil. 20 Everyone who does evil hates the light, and will not come into the light for fear that their deeds will be exposed. 21 But whoever lives by the truth comes into the light, so that it may be seen plainly that what they have done has been done in the sight of God.

If we are to speak of hell in this age, John 3 guides us to see how the darkness of our turning from the Light of God’s Love creates the shadow. In that shadow, we strive for self-will and generate our own hell, personally and collectively. In that condition, we experience condemnation, not from God but as the inevitable result of turning into the darkness. In that condition, we experience “perishing.”

But Jesus tells us the great news: in God’s great love for us, he’s sent his Son to rescue us from whatever condemnation, perishing or “hell” we find ourselves in. Through turning to the Light–through knowing him—we experience fullness of joy (i.e. “eternal life”).

My experience is that this beautiful gospel takes seriously humanity’s hell-on-earth BUT does not place hearers under an ultimatum that triggers a flight impulse. It is a loving invitation to know God whose Son offers what our hearts the life we truly desire. We’ve sought those desires at tables that gave us food-poisoning but now we’re invited to a banquet of divine goodness (Psalm 23, Matt. 22).

In practice, I sometimes need to add a deconstructive preface: “Look, God is not the angry judge who threatens you with the flames of hell after you die. That’s a horrible way to talk about ‘good news.’ No, he’s the loving Father who sees the hell you’ve already been through and wants so much better for you. He’s offering a hand into freedom. Does that interest you?” When someone is interested, I teach them how to turn to the Light, to have that conversation with Jesus and to experience the one who lifts burdens, break chains and restores life.

All that to say, YES, I do talk about hell and I’ve chosen to talk about it with a Gospel-based, Jesus-composed model that draws people rather that scares them away from him. My wager and my experience is that the fruit will be far better.