The Quest for Rest – Cheryl McGrath 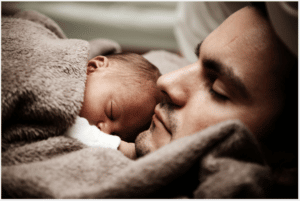 When Jesus spoke the words “the Son of Man has nowhere to lay His head” He was not referring merely to physical comforts (Matt. 8:20). From the beginning of creation God has actively sought a resting place for Himself among humankind.

In the first chapter of Genesis we see a progressive revelation of the environment that God creatively crafted in preparation for His human creation. In the first five days the Heavens and the earth were given form; light and darkness were separated establishing time (day and night); vegetation to provide food and beauty were provided; the seas and skies were inhabited with abundant life, and then land creatures were created. At various intervals of this progressive creative process God paused to observe and inspect what He had done, and declared it ‘good’. On the sixth day God created humanity in the form of male and female (Genesis 1: 27), and then declared all His creation as ‘very (exceedingly, abundantly, utterly) good’.

It is significant that God rested only after He had created the human race. It is also significant that within every level of created life, from grass to trees to living creatures and then humanity, God placed the ability to reproduce and multiply (Gen 1:11,22,28).

For what purpose did God create humanity? God was not needy. Within the perfect love community of Father, Son and Holy Spirit there is nothing lacking, for God is completely sufficient within Himself. But the perfect Love that is the essence of our three-in-one God desires to express itself through multiplication. The unhindered Life that flows between Father, Son and Holy Spirit seeks to reproduce itself. This is the nature of perfect Love and perfect Life. It overflows. Love produces love, Life produces life.

But why did God create a new race through which to satisfy this desire to extend the perfect community of Life and Love that already existed between Father, Son and Holy Spirit? He had countless hosts of angels ready to obey His commands. He had various other levels of creation from plant, to sea and bird life, to land animals.

But of all His creation, only humanity was created in His own image. In humanity He could fully express the Life and Love that is His essence within creatures capable of returning that love and sharing that love beyond themselves, thereby expanding and reproducing the perfect love community of the Godhead, generation after generation. In humanity God had created a race among whom He could dwell, fellowship and find His resting place. God could overflow.

It is this ‘dwelling place people’, this human community that God has designated His resting place, that Jesus said He had not found. God walked among us and found nowhere to lay His head. The people called by His name were concerned with law, ritual and tradition, but not with simply delighting themselves in His tangible, Life-flowing fellowship. This is why a female disciple’s simple act of anointing Him pleased Jesus so much. Defying the conventions of men, Mary somehow connected with the deepest desire of Christ to not only minister but be ministered to as an essential member of the human community (Jn. 12:1-8).

Many, having followed Christ out of institutional religion, speak of loneliness. Many who read Bread for the Bride are seeking a spiritual community, a place to rest your head, a dwelling place. Know that God seeks it even more. From the beginning God has been showing us that He desires a people to both dwell among and rest upon.

To Moses He said: And they shall know that I am the Lord their God, who brought them up out of the land of Egypt, that I may dwell among them (Ex. 29:46).

To David, who wanted to build God an earthly house to dwell in, Wherever I have moved about with all the children of Israel, have I ever spoken a word to anyone from the tribes of Israel….saying “Why have you not built Me a house of cedar?” (2 Sam. 7:7).

And to His chosen nation of Israel He said: …..do not defile the land which you inhabit, in the midst of which I dwell; for I the Lord dwell among the children of Israel (Num. 35:34).

This is God’s vision, and always has been: to dwell with humanity. The word ‘dwell’ in Hebrew carries the implication of sitting down. It means a place where one settles for good, remains and rests continually. God seeks a people who will dwell with Him, a people who will enter His rest and remain, immersing in Him as their sole source of Life. And He seeks a people upon whom He Himself can rest His Presence, His glory and His overflowing Love and Life, continually. This is the ultimate calling of the church.

The New Jerusalem Bride of Christ is made up of a living temple of overcoming human vessels who have found rest in God and ‘go out no more’.

As Israel wandered the wilderness God dwelt among them within a tabernacle, or tent. Later King Solomon erected a magnificent Temple in order to give God a permanent ‘house’ in Israel. Jesus entered the scene at the time of the Second Temple, a magnificent edifice that was the pride of Israel as the place where God lived among them, yet stated He had not found a place of rest. A temple made with human hands was not what He was seeking.

Jesus lived His earthly life within the rest that exists between Father, Son and Holy Spirit. Among His own people, however, He found no rest, “nowhere to lay His head”. But to those who would yoke themselves to Him, He promised He would provide rest for their souls (Matt. 11:29).

At the Cross Christ established an end to the religion of doing, sacrificing and striving and restored the deep spiritual rest between God and humanity that had been lost at the Fall. Once again, humanity can enter and remain within the divine community of Father, Son and Holy Spirit – “… that they all may be one, as You, Father, are in Me, and I in You, that they also may be one in Us” (Jn. 17:21).

What is the place of My rest? God asked through the prophet Isaiah (Is. 66:1). Centuries later, the apostle Paul answered: Jesus Christ Himself being the chief cornerstone, in whom the whole building, being fitted together, grows into a holy temple in the Lord, in whom you also are being built together for a dwelling place of God in the Spirit (Eph. 2:20-22). He was speaking of the church. The vision of God has always been for a people upon whom He can settle, remain, and rest. We find our rest in Him, and He chooses to find rest in us, His people.

In what passes for the church today, however, this vision has largely been lost. Organised Christianity has failed to find its rest in God. As a consequence we have traded God’s pattern of a spiritual house for man-made bricks and mortar buildings; we have preferred our programs and committees over the lavish invitation to share divine community; and have immersed ourselves in a never ending stream of human activity rather than the rest of God. We have built pseudo-communities held together by religious rules and human traditions rather than the rule of the Spirit of Life.

Once again the Son of Man seeks somewhere to lay His head.

The church can only provide true community to all as individual believers first discover how to dwell within the secret place that is the divine community of Father, Son and Holy Spirit (Psalm 91:1). But most of the people called by His Name do not know how to enter His rest.

There is a true tabernacle, a habitation of God, which is being built by the Lord and not by man (Heb. 8:2). Revelation 21 tells us this dwelling place of God is with humanity, the race He created in His own image and whose highest calling is to be the resting place of God.

And I heard a loud voice from heaven saying, “Behold, the tabernacle of God is with men, and He will dwell with them, and they shall be His people. God Himself will be with them and be their God.” Rev. 21:3

God’s vision cannot be thwarted, for He always preserves for Himself a remnant from among the people. Even now, the New Jerusalem Bride of Christ is being prepared, as a Bride adorned for her Husband.

The road out of man-made religion into the secret, abiding place of God’s rest can be lonely and difficult. God knows. He will not leave or forsake you. One day, whether it be this side of eternity or beyond, the loneliness will be forgotten, the struggle will be a distant memory, and every tear will be wiped from your eyes by Hands that always intended to bring you home.

On the way, if we are willing, He will teach us about His rest.

© Cheryl McGrath, Bread for the Bride, 2017. Cheryl McGrath is an Australian freelance Christian blogger and has no formal association with Plain Truth Ministries.  She has granted us permission to share this article with our readers.  Further articles by Cheryl McGrath can be sourced at www.breadforthebride.com

Christ Alone - the Absolute Center of Our Faith