“For if Christ’s love compels us, because we are convinced that one died for all, and therefore, all died. And he died for all, that those who live should no longer live for themselves but for him who died for them and was raised again” (2 Corinthians 5:14-15). 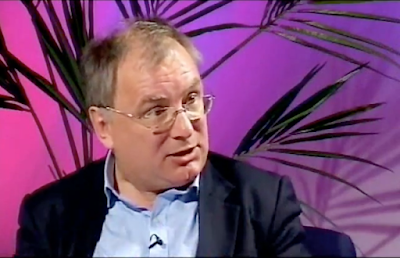 I had the great privilege of chatting with Laurence Singlehurst, a seasoned British missiologist who has thought deeply about the language we use to share the Good News in our postmodern era. He’s addressed the problem of our lingo for years, in such books as The Gospel Message Today: Language That Connects in Communicating the Gospel.
What follows are my notes and reflections on what I heard him saying on that topic, in which I will propose employing the language of self-will and surrender for postmodern gospeling.
Singlehurst began by addressing the difficulties of sharing the gospel in terms of forgiveness of sin to a generation that finds it hard to believe they’ve done anything wrong. For those of us who were crushed by guilt (often inflicted by religion itself), yes, forgiveness of sin is good news indeed.
But the majority of the world (especially in the East) relates more closely to the problem of shame. For those of us who suffer the shame of who we [think we] are or what we’ve done, the good news is that Christ can cleanse our shame and even wash away the stains of being shamed by others. As so we think of having our hearts sprinkled cleanby the blood of Christ or our bodies washedwith pure water (Hebrews 10:22).
And of course, Christ is also good news to the problem of alienation—the cross reveals how God was in Christ reconciling the world to himself. From this point of view, those who have known the pain of rejection, abandonment or estrangement find reconciliation in the open arms of the cruciform God.
These are but three vantage points of the cross and its benefits. Singlehurst shared a fourth that I had seen indirectly, but which became obvious when he pointed it out. In 2 Corinthians 5:14, Paul tells us how the love of Christ compels him to share because it has convinced him of something. What has he seen?
First, he has seen the Christ died for all. Let us continue to press this point. Faithful gospel preaching sees how the human condition—death, ultimately—impacts everyone. No one is exempt. The death rate is 100%. But then, why isn’t it that Christ’s death also extends to everyone? Indeed, in Romans 5, Paul will boast,
17 For if, by the trespass of the one man, death reigned through that one man, how much morewill those who receive God’s abundant provision of grace and of the gift of righteousness reign in life through the one man, Jesus Christ!
18 Consequently, just as one trespass resulted in condemnation for all people, so also one righteous act resulted in justification and life for all people.
“How much more…” “… for all people!” Wundebar! The power of Christ’s life has exceeded the destruction of Adam’s death. None are outside the breadth of his reach. All humanity is included within the span of the two nail-scarred hands of the cross.
Second, in this text Paul addresses another predicament—another problem alongside and behind sin or shame or alienation—an issue perfectly evident to postmoderns. Namely, self-will, self-centeredness or selfishness. Some say that this generation (those alive today) is the most self-centered in history. The self-serving ego is a black hole that cannot be filled, a craver that cannot be quenched, and it is the dominant god of our era. Self-will is the essence of the Fall in Eden … desiring to be autonomous, independent of God, our own autonomous gods. That was the birth of sin, guilt, shame and alienation—the root of our collective cosmic bus crash. People may not get ‘sin’ or admit ‘guilt’ or feel ‘shame’ … some may even scratch their heads at alienation. But most will understand the deep-seated tendencies of self-will … including the desire to generate goodness ourselves. Hence, ‘self-righteousness’ is its own sin precisely because it’s rooted in and serves the ego.
When we ask, “Why did Jesus die?” I had never thought to word it as Paul does: Jesus died so that we should no longer live for ourselves! He died to set us free from self-centeredness or self-will or selfishness. Grace releases us from self-righteousness, relieves us of self-hatred, beckons us out of self-pity and unmasks self-importance. In other words, we are no longer slaves to the demands of the ego—free from the endless striving that is self-serving.
According to Christ, the one who wishes to save the old/false/ego Self is withering up and dying on the installment plan. But those who die to the Self and its tyranny find themselves truly alive (Matthew 16:25).
In this model, we are called to repent, but the language we use and that works well for postmoderns is surrender. This preaches well in language relevant to our culture. I first heard this gospel from my friends in addiction recovery. To summarize:
1.     We come to face and admit the impossibility and self-destruction of a lives driven by self-will. The self-centered life is ultimately unmanageable and, honestly, it’s killing us.
2.     When we ‘bottom out’ on self-will, at some point we move from being willful to willing—willing to turn to God who can and will set us free from the insanity of self-will.
3.     When we’ve had enough, we ‘come to the cross’—a symbolic phrase/image that combines
a. hitting rock bottom (death to self-will),
b. encountering God’s self-giving love, and
c. surrendering to God’s care.
To summarize: those who have despaired of self-will come to the cross; they are freed from the demands of the ego, they surrender to God’s love; and they enter the new life of living for the Risen One!
Reading the gospel in this way (among others) describes well what we see happening again and again in the New Testament Gospels. And it speaks in language that addresses the acute needs of postmoderns in crisis. The two contexts align perfectly in their call look beyond ourselves to the self-giving One, and thus this angle commends itself to us as a relevant and powerful call to Christ.
Please share: