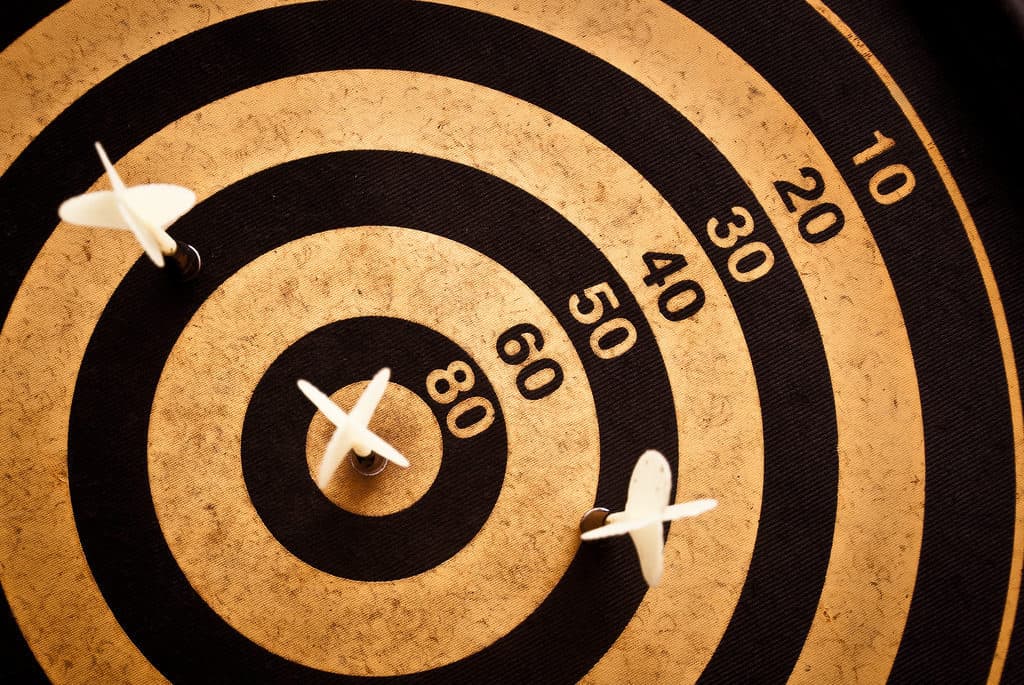 Periodically, I hear sin defined as “missing the mark,” as if this grand discovery will repair our misunderstandings about sin, the gospel or God himself. The imagery of a bulls-eye is recycled with each telling. And fair enough. But truly, nearly everyone accepts this definition, from Southern Baptists to Christian Orthodox, or divergent theologies ranging from the “hyper-grace” camp to hellfire fundamentalists.

Some crucial clarifications are in order if “missing the mark” is to serve a Christ-centered perspective on sin. The first question can’t be, “What is sin?” but rather, “What is the mark?” Christians generally identify “the mark” as God’s holy standard, purity or perfection. In that view, sinners are those who miss the bull’s eye of perfect law-keeping. Since we all miss the mark, we are all sinners. Defined this way, sin is law-breaking behavior, a guilty verdict for failing to measure up to God’s righteous standard of flawless perfection. For this, we are condemned as guilty and in need of justification (usually imagined as a courtroom scenario). These assumptions often imply the need to behave better, or even if grace covers us, sin is still essentially misbehavior. Thus, repentance is seen as asking for forgiveness for our bad behavior and strength to behave in more godly ways. This may ring true since the Bible sometimes does describe sin as “lawless deeds.” But it’s also dreadfully inadequate. How so?

First, “the mark” is not perfect behavior. That’s a dangerous setup for bad religion, an invitation to repeat our original mistake: consuming the tree of the knowledge of good and evil. Rather, “the mark” is the tree of life—namely, intimate fellowship with God himself, the kind of communion our proto-parents enjoyed in Eden before they turned away. That means that “sin” is not primarily misdeeds; it is actually turning away from God’s life-giving love towards self-will, independence and alienation.  So perfection is not the “mark”; union with God through trust in his goodness is the mark!

“Missing the mark” is not merely the hedonistic party scene the prodigal son fell into. Rather, his “sin” was leaving the Father’s house in the first place. Indeed, the elder brother missed the mark just as badly, slaving in the fields until his self-righteousness and resentment matched his brother’s alienation. In that parable, repentance is not a self-loathing or sobriety—it’s going home to the Father and reconnecting with his love. This invitation lies at the heart of the beautiful gospel: it’s not about behaving our way back into the Father’s good graces, but yielding to Father’s grace, surrendering to his care.

Second, the New Testament treats sin as a problem profoundly worse than law-breaking misbehavior. It’s a malady with much deeper roots than misdeeds (though these are its ugly symptoms). “Sin” is a fatal disease that cannot be healed by striving to overcome it or attempting to punish it out of our nature. That would be like a parent whose baby is dying of meningitis urging the child to will its fever away or even trying to spank the virus out of her.

Even perfectly managing the symptoms does not remove the disease. That’s why self-righteousness is not just ineffectual; it too misses the mark by continuing to turn from God to rely on self-will. No, we need a Great Physician whose medicine is mercy. If the sickness of sin is to go, it requires a Savior (in Greek, literally, healer) who can apply the cure—divine grace and radical forgiveness right down to our DNA. This is why Jesus said, “It is not the healthy who need a doctor, but the sick. I have not come to call the righteous, but sinners” (Mark 2:17). He compared himself to Moses’ serpent on the pole, who healed all the snake-bitten as they humbled themselves to just turn and receive life (John 3:14-15).

As long as our use of the term “sin” is based in the wrong “mark” and we confuse the sickness with the symptoms, that word actually sabotages our beautiful gospel. If so, perhaps it needs a “time out.” Instead of beat downs, the beautiful gospel welcomes the alienated home and the sick back to health in the Father’s embrace.