The Virgin Birth is a Christological Faith-Claim – Brad Jersak

“For us men and for our salvation,
came down from heaven and was Incarnate
of the Holy Spirit and the Virgin Mary.” 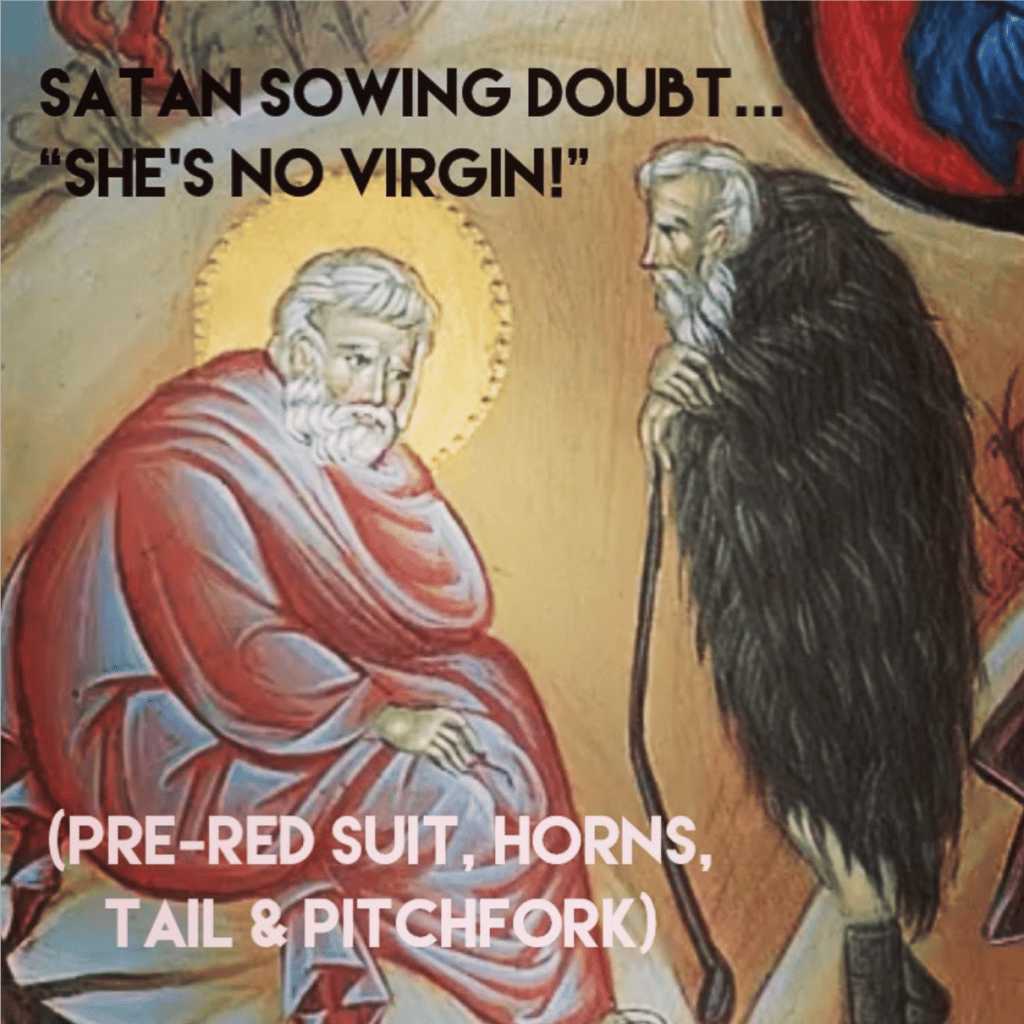 The Gospel claims  to Mary’s virgin birth (or conception) of Christ is far more than borrowed mythology co-opted from a host of earlier hybrid god myths. The historic Christian faith received it as a revelation delivered through the Gospels of Luke (1:26-38) and Matthew (1:18-25).

Yes, we know that the original Hebrew prophecy in Isaiah 7:14 was not about an actual virgin (and can be rendered “young woman”) nor even, initially, about Mary or her Son. But the Gospel accounts are very specific on this point: in the story, both Mary and Joseph regard the pregnancy as a biological miracle–a sign and a wonder. Readers might take the story metaphorically, but the story as told presents Christ’s conception as a miracle.

26 In the sixth month of Elizabeth’s pregnancy, God sent the angel Gabriel to Nazareth, a town in Galilee, 27 to a virgin pledged to be married to a man named Joseph, a descendant of David. The virgin’s name was Mary. 28 The angel went to her and said, “Greetings, you who are highly favored! The Lord is with you.”

29 Mary was greatly troubled at his words and wondered what kind of greeting this might be. 30 But the angel said to her, “Do not be afraid, Mary; you have found favor with God. 31 You will conceive and give birth to a son, and you are to call him Jesus. 32 He will be great and will be called the Son of the Most High. The Lord God will give him the throne of his father David, 33 and he will reign over Jacob’s descendants forever; his kingdom will never end.”

35 The angel answered, “The Holy Spirit will come on you, and the power of the Most High will overshadow you. So the holy one to be born will be calleda] the Son of God. 36 Even Elizabeth your relative is going to have a child in her old age, and she who was said to be unable to conceive is in her sixth month. 37 For no word from God will ever fail.”

38 “I am the Lord’s servant,” Mary answered. “May your word to me be fulfilled.” Then the angel left her.

And now from Matthew:

18 This is how the birth of Jesus the Messiah came about: His mother Mary was pledged to be married to Joseph, but before they came together, she was found to be pregnant through the Holy Spirit. 19 Because Joseph her husband was faithful to the law, and yet did not want to expose her to public disgrace, he had in mind to divorce her quietly.

20 But after he had considered this, an angel of the Lord appeared to him in a dream and said, “Joseph son of David, do not be afraid to take Mary home as your wife, because what is conceived in her is from the Holy Spirit. 21 She will give birth to a son, and you are to give him the name Jesus, because he will save his people from their sins.”

22 All this took place to fulfill what the Lord had said through the prophet: 23 “The virgin will conceive and give birth to a son, and they will call him Immanuel” (which means “God with us”).

24 When Joseph woke up, he did what the angel of the Lord had commanded him and took Mary home as his wife. 25 But he did not consummate their marriage until she gave birth to a son. And he gave him the name Jesus.

Politely spinning these stories as mythology in their Gospel contexts misses their point. Matthew and Luke are not doctoring recycled fairy tales about a winterland miracle princess. They are making essential theologically faith-claims about the One in Mary’s womb. Even Matthew’s citation from Isaiah is not about the state of virgin’s hymen, but rather, the identity of her Son–i.e. to say Mary is a virgin is, for them, to say Jesus Christ is “God with us.”

This is why the virgin birth was included in the great creeds: it was an affirmation of the divine nature of the One curled up in the virgin’s womb. “The virgin birth” is a Christology of the Incarnation, of “God with us,” of the divine Word assuming human nature and entering the human condition without reserve so that God would be born and live and suffer in the flesh as we do, that he would die for us to heal us of death. It is to proclaim that one and the same Lamb who we behold, crucified and risen, is the glory of God revealed in an untouched girl’s babybump. To embrace this virgin birth is to see in Christ the unveiled face of his Father … not Joseph’s eyes or the family’s milkman’s nose, but the nature of the One Jesus called his Abba.

Are you tempted to doubt it? I am. Given the enlightened materialism of modern and progressive Christians, it’s no big surprise. Does my calling it a “temptation to doubt” even sound cringey to our cultured sensitivities? (as if the ancients were naive about where babies come from).

Not to worry … Joseph doubted too, briefly, dangerously. But then Joseph heard God’s voice and believed in the Son of God. Because, you see, his belief did not ultimately rest in Mary’s claim to sexual fidelity but in the revelation of the nature of her Baby.

The Feast of the Nativity is an invitation to faith, just as it was for Joseph. We are invited again to honestly face our doubt (as Thomas was after the Resurrection), and to listen to Abba, and then to doubt our doubt… even smirk at it… as I do at the tempter’s ugly,  pre-red-horned image in the above icon. And then back to Christology:

Let us praise the Word, co-eternal with the Father,
He ineffably came forth from the virginal womb,
He freely accepted the cross and death for our sake.
He was raised in glory.
Glory to you, O life-changing Lord,
The Savior of our souls.
(The Octoechos) 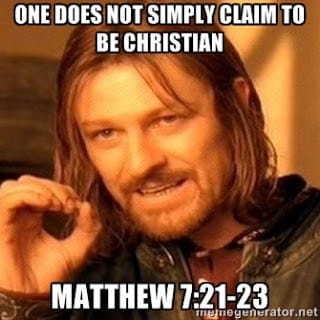