What If God Was One of Us? – by Greg Albrecht 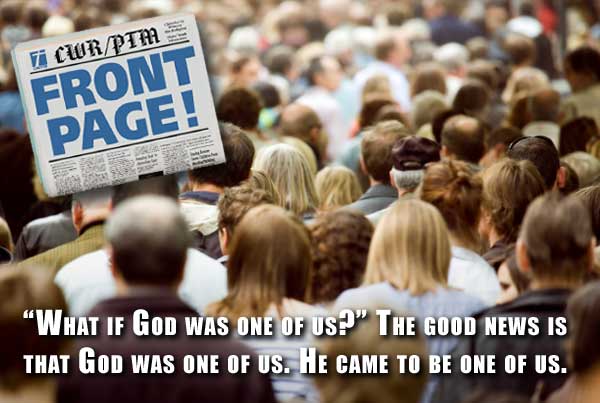 “Stop Acting Like God. Start Acting Like Jesus.” The message, on a poster being waved during a rally in support of a minority group, confronted and challenged me. It seemed to be directed at me and my fellow Christians.
If they really knew Jesus, I thought, they would know that he is God and he was God in the flesh!
I continued to ponder the poster until a free translation of its intended meaning occurred to me: “Jesus, save us from your followers who seem to be acting like our stereotype of the Old Testament God.”
It was obvious they had a vague notion that Jesus didn’t hurt people, that Jesus didn’t abuse people, and that Jesus forgave people.
Maybe you have similar ideas about God the Father, and some stereotypes of Jesus. Maybe some of what you have been told is correct, and some undoubtedly isn’t. You might even have been led to think there are two Gods, one harsh and judgmental, the other kind and forgiving.
CLICK HERE to keep reading
Please share:

Who is God and What is He Like? - Greg Albrecht