“When the Time Had Fully Come” – Greg Albrecht 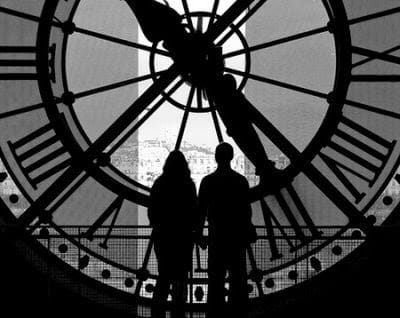 You are all sons of God through faith in Christ Jesus, for all of you who were baptized into Christ have clothed yourselves with Christ. There is neither Jew nor Greek, slave nor free, male nor female, for you are all one in Christ Jesus. If you belong to Christ, then you are Abraham’s seed, and heirs according to the promise.
What I am saying is that as long as the heir is a child, he is no different from a slave, although he owns the whole estate. He is subject to guardians and trustees until the time set by his father. So also, when we were children, we were in slavery under the basic principles of the world.
But When the Time Had Fully Come, God sent his Son, born of a woman, born under law, to redeem those under law, that we might receive the full rights of sons. Because you are sons, God sent the Spirit of his Son into our hearts, the Spirit who calls out, “Abba, Father.” So you are no longer a slave, but a son; and since you are a son, God has made you also an heir.—Galatians 3:26-4:7

Think back to the times of your youth, perhaps to a time when your mother and father promised to take you to the park, or on a picnic or to the circus. You couldn’t wait for that time to come, could you? That’s the way we were when we were kids—we drove our parents batty by continuously asking them, “Is it time yet, is it time yet?”
Then, when we were in grade school and high school, we asked a similar question every year, as the end of the school year approached. “Is school just about over? Is it time for summer vacation yet?”
Most of the time, when we were young, we were waiting for time to pass so that something else could happen. Have you ever asked a three or four-year-old their age? Be prepared for the most exacting math they are capable of.
CLICK HERE to continue reading
Please share:

The Gift of Time