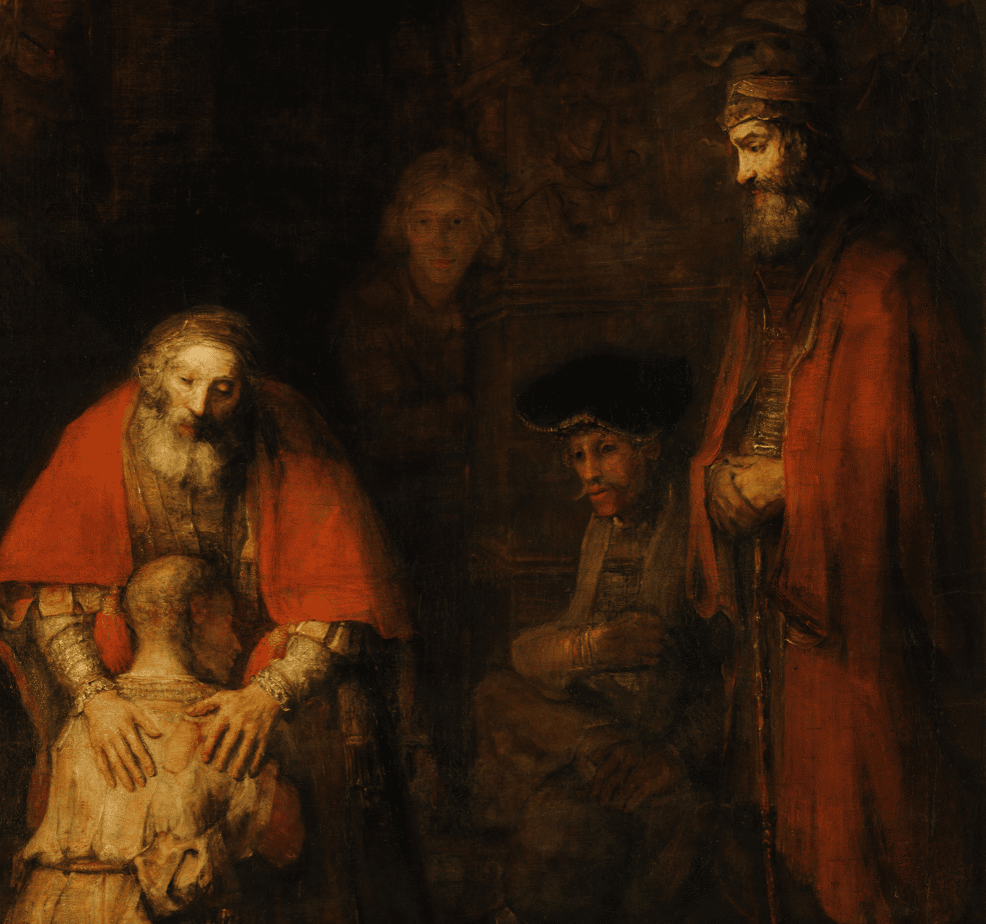 There it is. The gospel of grace distilled perfectly through Jesus’ own words. That statement encapsulates the reason for Christ’s Incarnation, his earthly ministry and his final Passion, in which he pursues humanity even into death. Even hades could not separate us from the relentless love of the “hound of heaven.”

Christ describes his “seeking and saving” mission in the three great parables of Luke 15: the lost coin, the lost sheep and the lost son. In each of the parables, the obvious punchline is how heaven rejoices when what was lost has been found. This was our Lord’s corrective to the Pharisees and rabbis who were indignant that “this man welcomes sinners and eats with them” (verse 2). Through the father’s speech to the older brother, Jesus was urging his naysayers to celebrate with him the return of “lost causes” to the kingdom table.

Why didn’t the father seek for his son?

But one thing has niggled at me for years. The shepherd leaves his flock to seek the lost sheep “until he finds it.” And the woman sweeps the house repeatedly for the coin “until she finds it.” Why then didn’t Christ depict the father leaving home to scour the roads and fields, tirelessly searching for his son “until he found him”? Why does he wait at home for his return? Where is the seeking and finding in that parable?

We could answer that question in several ways. First, as in real life, the father must grant his son the dignity of bottoming out, coming to his senses and choosing to return home freely. That’s important. We could add that the father didn’t simply wait at the threshold but ran to the son “while he was still a long way off” (verse 20). That’s also true. And in any case, we should accept Jesus’ own commentary, that “… this brother of yours was dead and is alive again; he was lost and is found” (verse 32).

Still, it’s not quite the same. Unlike the first two parables, when it comes to the prodigal son, we don’t have a corresponding sense of the father’s compulsion to leave the house to go out and seek his lost son.

Except we do. And this is the ingenious twist in which Christ takes the third parable up a notch and turns the tables on his opponents, as he so often does. The father does leave the house to seek and save the lost. When? In verse 28, “The older brother became angry and refused to go in. So his father went out and pleaded with him.”

Yes, the younger son had truly been lost but now he had come home. But if what is lost is identified by the seeking—the sheep, the coin and the son—who does the father go out to seek and save in the third parable? Who is more lost than the older brother? And with this twist, Christ indicts his self-righteous despisers, leaving them with the open question: will you too be found? Like both sons, they had reduced themselves to spiritual slavery (verses 15, 29) but now, Christ welcomes them to full inclusion at his table.

We also know how religious fundamentalists have historically been as exclusive as the Pharisees. But it is remarkable to me how today’s most popular proponents of inclusion can likewise so quickly appoint themselves as the new gate-keepers. How brazenly they lock the doors to the Father’s house once they have found their way to the table. I sometimes wonder if, like the older brother, they ever truly entered the house.

But there’s the beam in my own eye, right? I wonder, whose inclusion have I failed to celebrate? Where have I turned from the fullness of Christ’s generous welcome? Who have I neglected to compel to the banquet? The older brother, perhaps? And how does my reluctance signal my own lostness? Gulp. Lord, in your mercy, find this lost son.