Breakfast with Brad – Moving on from Moralism

In which Brad talks about hot stoves, condoms and confusing morality with living faith! Following this episode, I’ve included an early draft excerpt from A More Christlike Way (due spring 2019).

MY EARLY FORAYS INTO MORALISM

Moralism occurs when we cling to normal childhood rules (do’s and don’ts for our safety) and confuse them with living faith—when we elevate our morality to the measure of Christian faithfulness and flourishing. If only it were as simple as distinguishing between legalism and grace or blaming parents for being overly religious. But I can testify that any child of faith with half a conscience and some basic Sunday School can become a self-made moralist without much indoctrination.

I was eight-years-old. Grade 3. Mom had given me lunch money for school, enough to supplement my sandwich with a donut and a carton of chocolate milk. Probably a fiver. There was change left over that I was supposed to return. On my way home, I found myself at the Co-op hardware store, admiring the pellet gun I had been pining for. That’s when I saw the mousetraps—like the ones on TV’s Tom and Jerry (the cat and mouse cartoon show). Very cool. I really wanted one! And I had the cash for two! Might as well, right? It was an impulse-buy with Mom’s money but I couldn’t resist. I felt a tinge of conscience shaking its invisible finger at me, but the compulsion was louder and I ignored the warning.

When I got home, Mom asked where I had been—I’d bet she knew. She always knew. She had eyes everywhere, constantly reporting my whereabouts. Mom asked where her change was. I could have said, “I went to the Co-op and bought these mousetraps.” But I suddenly felt ashamed. My mistake felt like Sin—I had stolenthe money. My shame compelled me to double down and cover my tracks with a lie.

“Oh,” she said, visibly disappointed. “Then you’d better go back to the school and get it.”

Busted. But not quite beaten.

“Okay,” I said, and hopped on my bicycle. I rode back to the school, nearly convincing myself I could reach into the empty desk and pull the money out of thin air. I even went through the motions in a strange act of due diligence. No such luck. That’s when I conjured up Plan B. I rode to my friend Kenny’s house, scheming to borrow the money from him and somehow pay it back later. Kenny would save the day! But no, Kenny didn’t save the day—he had no money either.

So it was back home again. By the time I got there, the trouble had escalated. My runaway passion to buy two mousetraps had already grown beyond covetousness, theft and lying. Mom had also discovered that I had ridden to the Co-op without permission, a direct act of disobedience and punishable by grounding. Throw in ‘do not disobey your parents’ and I’d broken half the 10 Commandments between closing bell and supper time!

Unable to produce the money or contrive a Plan C, I finally cracked and the truth spilled out, along with the tears. That’s when my dear mother announced that I was “grounded for life.” We still haven’t clarified whether my life-sentence curfew will continue until my death, or if her departure will signal my freedom, but I look forward to my Year of Jubilee!

However minor, that event became a precedent-setting disaster, establishing a long pattern of lying, stealing and cover-ups. The worst of it is that getting caught and punished did not create an aversion to sin at all. It only made me hate getting caught and punished, inciting me to better lies and deeper cover-ups. I felt no sorrow for the actual wrong-doing—just regret for not being good at it, shame before my accusers, and a strong dose of resentment for the consequences. My conscience indicted me: BAD Christian.

I felt like I was living James 1:17, and believe me, I knew this verse by then: “But each one is tempted when by his own evil desires, he is lured away and enticed. Then after desire has conceived, it gives birth to sin; and when sin is fully grown, it gives birth to death.”

In that first great “fall from grace,” that breach of trust—that betrayal—I experienced “death,” which is to say, self-imposed alienation. Fellowship (transparent honesty) was soured—with my conscience, with Mom and worst of all, with God. Seeing my mom’s disappointment and feeling her wrath was surely a revelation of God’s downcast face and seething anger. Throw in the pastor’s unintended threats of being “left behind” through the “Great Tribulation,” and I wanted only to retreat in secret.

Do you see what happened? Look beneath the events to how the story framed itself in my mind. I magnified a few reasonable childhood rules (bring home the lunch money, ask permission to go downtown) into a losing battle with evil desires, law-breaking misdeeds, religious judgments and divine condemnation. I was already two steps down “Romans Road”: “All have sinned and fall short of the glory of God… For the wages of sin is death.” Rather than opportunities for growth, childish mistakes were amplified into a divine death sentence for which Jesus must suffer the wrath of God. I knew this.

That’s moralism. And it didn’t work very well at all.

In retrospect, I cannot fault my mother for her rules or her feelings of disappointment. The ‘grounding for life’ turned out to be the type of hyperbole we hear frequently in the Gospels. Mom completely pardoned me from all consequences, forgave the debt and even let me keep the mousetraps! As it turned out, the only creature who ever got caught in them was me—parable I hadn’t noticed until this moment. The moralistic trap snapped shut and I am still trying to wriggle free.

If I were all-wise, I wonder how I might see it differently today. Might I still learn to grieve my sins rather than simply regret getting caught? Could I learn to courageously embrace the truth instead of identifying honesty with punishment? Might I confess my missteps with confidence in God’s mercy rather than a fearful expectation of wrath? Perhaps I could even learn to distinguish between good moral boundaries and the Spirit-filled life while embracing both at once. Can you relate? 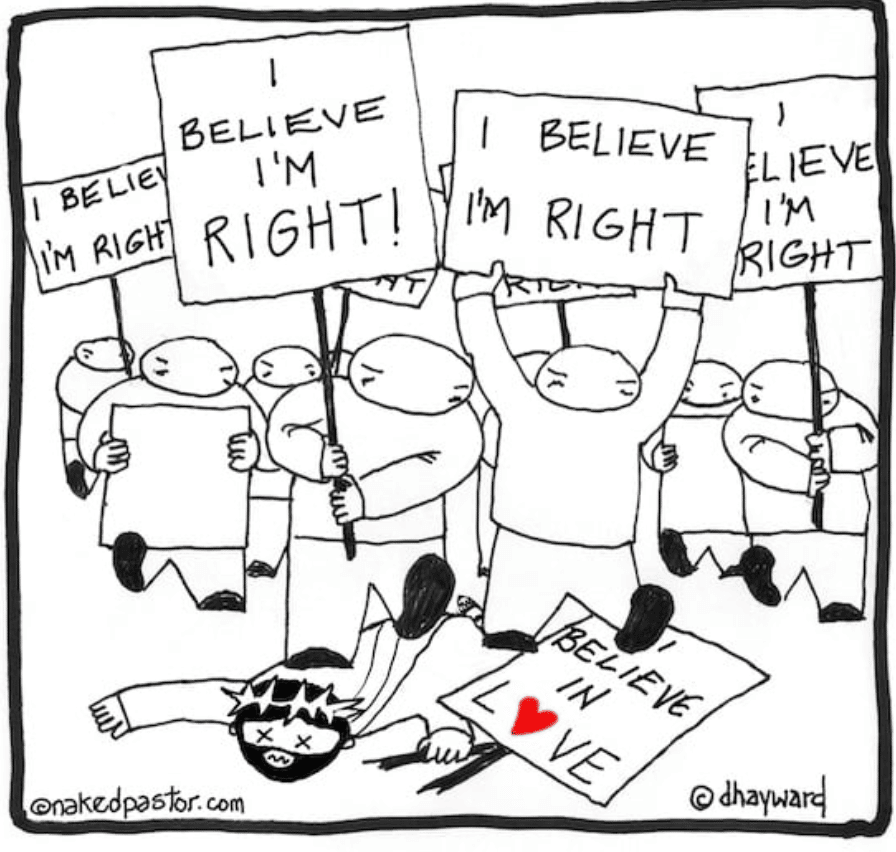 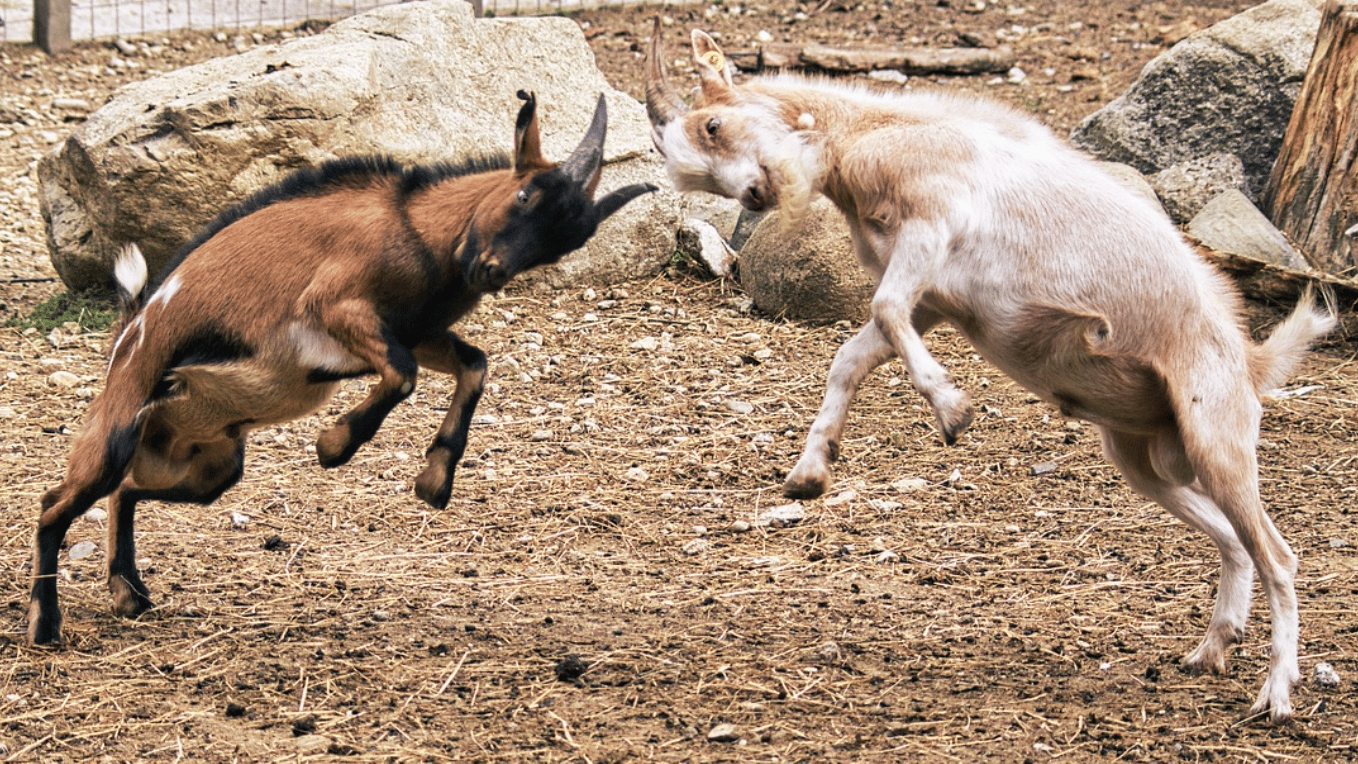